Now that Thanksgiving is behind us and the more wintry holidays are looming up ahead, I got to thinking about celebrity grinches. You know, famous people who are talented, intelligent, and interesting…but also perfectly capable of stealing Christmas from all of us down here in Whoville.

You probably know a couple in your own life; they’re the kind of grumpy, crotchety person who might give you side eye for eating your leg of roast beast too loudly, or tell your three-year old nephew that Santa isn’t real. Grinches! They probably wouldn’t go so far as to steal your presents and then suck the Christmas tree out of your house up through the chimney, but WHAT DO I KNOW THESE ARE GRINCHES WE’RE TALKING ABOUT.

Here are the twelve celebrities that I’d recommend you keep an eye on this holiday season, you trusting little Who. It’s for your own good.

She may be a perfectly nice lady, and I sure do like her acting, but anyone who tries to get Tia Mowry banned for SoulCycle just for saying hi to her needs an extra helping of holiday spirit this year. Even if Tia did then leak the story to the media, she also called herself ‘a fellow celebrity’, so the woman is delusional enough without getting shade from Charlize.)

There are plenty of celebrities out there who have a penchant for getting into fights with the paparazzi — not that that makes it okay — but takes a particularly hardened heart to scream at your eleven-year old daughter on the phone. Let’s hope Alec’s grows three sizes this year.

Being a diva is one thing, but icing out your own fans? That’s truly cold. Deny it as much as you want, Ariana, but we’ve got your number.

Given Sean’s incredibly violent past, ‘grinch’ isn’t really a big enough word to describe him. BUT. It will have to do in this case because we had to have him and Charlize on the same list, because it’s the first time we realized that they might actually make sense as a couple.

YOU’RE A FOOD GRINCH GWYNETH A FOOD GRINCH! Children need to eat, and you need to cool it with your death wish for anything delicious.

If you’ve ever watched any of the shows that he’s been on the judging panel for, you know that getting a compliment out of this guy is like trying to squeeze hot cider out of a rock — it’d be nice GIVEN THAT IT’S CHRISTMAS, but it’s never gonna happen.

I know I’ve harped on this for a couple years now, but I’ll never stop — if you can’t treat a wait staff right, that’s an automatic green mark in my book. (Get it?? Green for grinch! You get it.)

Maybe it’s just because he’s an awkward son of a gun, but Jesse has a reputation for being pretty rude in interviews. And I’m not talking about when people run up and bother him on the street when he’s trying to go about his life; I’m talking about honest-to-goodness interviews when he’s supposed to be promoting a movie and gets really standoffish with the interviewer instead. Grinch-tastic.

Nothing grinch-ier than being a total nightmare on set, which is a reputation that Katherine has been carrying around for years now. It may be that she’s on the road to improvement, but getting written off Grey’s Anatomyfor insulting the writers is gonna be a hard one to shake.

I don’t care if your baby mama is Kim Kardashian, if you spend her entire pregnancy unreachable in Paris while she sweats it out in the U.S., you got your priorities out of order, my man. It’s just one small step from proclaiming I AM A GOD to trying to cancel full holidays.

I mean come on. Have we ever seen a photo of this human with a smile on her face? Someone get her a dog with a red nose and a fake set of antlers who can teach her a life lesson about the spirit of friendship. Or at least get her a job where she doesn’t have to suffer through so many red carpet events.

I’m sure he’s a very nice man in real life, but anyone who can sit through the spectacle of charm that was Tina Fey and Amy Poehler hosting the Golden Globes without cracking a smile…is a seriously stone-hearted individual. 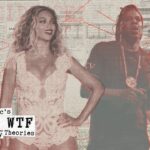 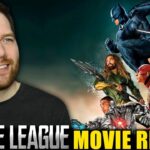