It was the TUF 10 title fight, one that Nelson had to defeat the now infamous Kimbo Slice (Kevin Ferguson) just to get to. Many believed that Nelson, a known high level grappler, would have to get his opponent, Brendan Schaub, to the ground in order to win. Along with this, very early in the fight Schaub connected with a nice flurry, compelling Nelson to take him

down. When Schaub got right back up, many believed that signified something positive for Nelson’s adversary.

Moments later, Nelson connected with a huge right hand that left Schaub out cold at 3:45 of round one. Afterwards, Nelson rubbed his rather pronounced belly on the top of the cage wall. And who’s to forget the fact that the announcer proclaimed him a kung fu fighter prior to the contest.

Yep, “Big Country” is a different kind of MMA fighter. Here is his story.

American mixed martial artist Roy “Big Country” Nelson has a net worth of $600 thousand dollars, as of 2021. Nelson competes in the Heavyweight division.

In addition to being a black belt in Brazilian Jiu Jitsu under Renzo Gracie (2009), Nelson has also practiced Shaolin Kung Fu for an extended period of time. Here’s what he had to say to UFC.com on the unusual subject (for an MMA fighter, that is).

“(With Sticky Hands) basically you’re just working with their body movement, where you’re feeling their energy, and just trying to manipulate that to your advantage.”

“Working on the wooden dummy you can work on some striking, and you can also work grappling, like grabbing the leg, pushing the hips away.”

Nelson had his first professional MMA fight on April 17, 2004 at a Rage on the River event. He defeated Bo Cantrell by third round submission (hammerlock). In fact, he won his first six fights before dropping a decision to Josh Curran at a BodogFight event. Eventually, Nelson began fighting for the now defunct IFL, where he won their heavyweight grand prix and belt. He defended the belt twice before the promotion fell.

Nelson participated on The Ultimate Fighter 10 reality television show, defeating Kimbo Slice, Justin Wren, and Brendan Schaub to win a six figure contract with the UFC. In his first fight after the show, he defeated Stefan Struve by way of first round KO.

Nelson has strong wrestling and submissions. He’s a nightmare when he is on top of you on the canvas. That said, Nelson’s game has changed. In the past, he was much more of a grappler. Now he really prefers the striking game, utilizing mostly boxing and an extremely strong overhand right to fell opponents. Big Country also has one of the best jaws in the world. Thus, he can take a lot of punishment as he looks for that fight ending blow.

Some of Roy Nelson’s Greatest Victories: 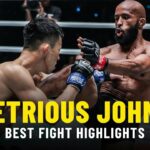 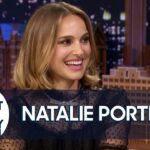