How much is Roseanne Barr worth?

Roseanne Barr started a new variety of quintessential female comedy with her “domestic goddess,” forever changing American popular culture with her novel approach to comedy that was epitomized in her sitcom Roseanne. The Roseanne sitcom explored themes of life, death and everything in between with adventurous plots and hilarious twists in the show about a working-class Conner household. It aired for ten years from 1987-97 and also cast John Goodman as Roseanne’s husband. Roseanne played the role of a loud mouthed and sarcastic mother who would say well, whatever was on her mind.

American actress, comedian, writer, producer, and presidential candidate Roseanne Barr has an estimated net worth of $75 million dollars, as of 2022. Barr won an Emmy and a Golden Globe Award for Best Actress for her work on the show.

Roseanne Barr was born and raised in Salt Lake City, Utah. At 16 years old, Roseanne suffered a serious brain injury after being hit by a car but made a full recovery. It must have had an impact on her however and maybe even unleashed some of her comedic talent because, at 18 years old, she left home to seek her fortune in comedy.

She began performing stand-up comedy after relocating to Colorado. In 1985 when she was in her early 30s she appeared on The Tonight Show with Johnny Carson and her career really began to come alive. Throughout her career, Roseanne has continued to appear on television shows, in fact, she has made over 150 appearances as herself.

In 1986 she released her own HBO comedy special, The Roseanne Barr Show. Winning the American Comedy Award for Best Female Stand-up for her performance in it. 1987 was the start of a life changing shift for the comic as she began starring as the lead role in the sitcom Roseanne, which was loosely based on her stand-up comedy.

The show originally ran for a total on 9 seasons winning multiple Emmys, a Golden Globe and three American Comedy Awards. Roseanne was revived in 2018 on ABC. With great ratings, it was renewed for an additional season, but was canceled after Barr made a controversial tweet condemned as racist by many commentators. Barr referred to the tweet as a “bad joke”.

Starring in her own family sitcom, Roseanne, on ABC, where she played the mother of the Connor family is how Barr became rich and famous. It was a groundbreaking show for its time featuring a working-class family and dramatizing the hardships of marriage and raising children.

The show was a massive hit nationwide and remained one of the top rated shows for ten years. The show was nominated dozens of times and won many awards, along with an Emmy win for Barr’s performance in it.

Roseanne is a window into the Conner family. A working-class unit complete with an easy going father Dan, daughters Darlene and Becky and son D.J, with Roseanne being the headstrong mother pushing them all along.

On the show, The Conners go through many struggles including with jobs and relationships and sometimes can’t make ends meet, yet through it all they remain a tight-knit family. However, behind the scenes there was some drama as Barr wrestled for more creative control of the show. After all, it was her namesake and based around her earlier comedy work.

Roseanne directly came out of Barr’s stand-up comedy. Already successful and with a growing audience the sitcom became an almost instant success and likely was easy to relate to within the millions of homes that watched the show. The show continued to be successful both in viewership and ratings as well as awards, even after tensions between Barr and the producers became a constant theme behind the scenes.

Former writer on The Cosby Show, Matt Williams was the creator of the Roseanne sitcom. He had become so inspired by Roseanne Barr’s unique female comedy which he thought would resonate with a greater number of people in the form of a situational comedy and not just as a stand-up routine. Stand-up acts are great but they are also quite outing, many don’t watch stand-up for this reason because they can be quite challenging to the audience. Especially when watched together at a club or at home. Sitcoms on the other hands are a window into situations, in this case a family as they go about their business and they are less confronting for audiences.

The show was a great success and also included renowned producers Marcy Carsey and Tom Werner, whose credits include The Cosby Show, Cybill and That ’70s Show.

After Roseanne ended in 1997 Barr launched her own talk show which began in1998, The Roseanne Show. She received an Emmy nomination for Outstanding Talk Show host in 1999. However the show ended a year later.

Then in 2003, she starred on the reality series The Real Roseanne Show which lasted for only 13 episodes. Barr returned with another reality series, Roseanne’s Nuts, in 2011. It was about her running a macadamia nut farm in Hawaii. Unfortunately, it was canceled after just a few months on the air.

In 1989 Barr starred in the comedy movie She-Devil, opposite Meryl Streep and Ed Begley Jr. However the movie bombed; with a budget of $20 million it returned only $15.4 million, and even today has only received a 40% rating on Rotten Tomatoes.

Roseanne has been married a total of three times. Most famously she married actor and comedian Tom Arnold in 1990, however they divorced four years later in 1994. After Barr had Arnold hired as a writer, actor and producer on Roseanne, as one can imagine, it got beyond complicated and the two had a very public and acrimonious split.

Returning to her routes, in 2005, Barr embarked on a world tour and with it came another HBO comedy special, Roseanne: Blonde and Bitchin’. Then in a career move in the 2010s, Roseanne was the Green Party candidate for President of the United States, in 2012.

Roseanne Barr has also added to her net worth through savvy real estate investments. She bought a 10,000 square-foot home in Rolling Hills, California in 2000 for $7 million. She later sold the property in 2003 for $8.2 million. That same year she purchased a property in El Segundo, California for $1 million or a little more and sold it in 2020 for $4 million. When factoring in inflation, the initial purchase price in 2020 dollars was about $1.4 million. So Roseanne cleared about $2.6 million profit before taxes.

In 2005 she purchased a property for $1.5 million in nearby Playa Del Rey, acquiring yet another in 2007. Each for around $2 million dollars. Assuming these were rental properties Roseanne would have turned an annual profit from her investment while protecting her assets from some taxation by rolling in any capital gains into further property purchases.

Barr also owns property in Hawaii where she has bought a 2,000+ square-foot house complete with 46-acres of land on the Big Island, for $2 million. She moved from Los Angeles to live there full-time in 2010 and with 2,000 macadamia nut trees, it inspired her reality series, Roseanne’s Nuts.

In her personal life Roseanne has likely spent $6-7 million dollars of her career earnings but also probably possesses assets valued at around $3-4 million, not including investment assets. In her investments, she may have earned investment returns of $13-14 million dollars. Therefore, it is estimated that Roseanne Barr has a net worth of around $75 million dollars.

Barr began her career in stand-up comedy but then later transitioned to the television sitcom Roseanne. Despite some tension between herself and the show’s producers, the series was a notable success. Not only has Barr earned a tremendous amount of money from her work as an actress and as a comedian, but she has also won an Emmy and a Golden Globe Award for “Best Actress”. 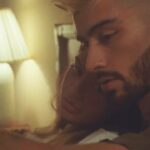 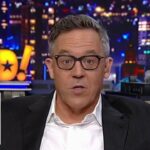