How much is Ronnie Coleman worth?

Who Is Ronnie Coleman

Ronnie Coleman is known in the bodybuilding circles as one of the greatest bodybuilders of all time, arguably the best ever. His rise to the top of the sport, however, was a long and arduous process. The journey for Coleman all started when Brian Dobson, owner of Metroflex Gym in Arlington, Texas, offered him a free membership to the gym.

There was a stipulation though, in which Coleman would agree to step up on stage. Dobson obviously saw the great genetic potential in young Coleman and, as it turns out, his eyes were not deceiving him.

Today Ronnie Coleman has a net worth of $2 million dollars, as of 2021.

Coleman won his first amateur bodybuilding contest, the 1990 Mr. Texas. He later went on to earn his pro card the following year at the 1991 World Amateur Championships. It is impressive to say the least for Coleman to turn pro only one year after beginning his competitive bodybuilding career.

He made his pro debut in 1992 at the Chicago Pro, where finished in the 11th position. It wasn’t until 1995 that Coleman won a pro show. That victory came at the 1995 Canada Cup. After his this win, he had mixed success at contests for the next three years, from earning a couple more wins at the circuit shows to placing out of the top ten at several Mr. Olympia contest.

Success at the Top

The pivotal point in Coleman’s career came in 1998. After winning the 1998 Toronto Pro and 1998 Night of the Champions, he put the bodybuilding world on notice and became a legitimate contender for the Mr.

Olympia title. And, after eight long years competing as a pro, he finally broke through the pack of bodybuilders and became the ninth-ever Mr. Olympia winner.

For the next seven years, Coleman was unstoppable, earning himself seven more Mr. O titles, all consecutively. He also won the Arnold Classic title in 2000. His lone loss from 1998 to 2005 was at the 2003 GNC Show of Strength, where he was defeated by Gunter Schlierkamp. That loss lit up an incredible fire under Coleman and he came in to the next contest, the 2003 Mr. Olympia, with what is arguably the most impressive display from a bodybuilder in history. Coleman stepped onstage at near 300 pounds and shredded to the bone.

After many years of success at the top of the sport and many years of hard training, Coleman’s injuries caught up to him. At the 2006 Mr. Olympia, Coleman appeared to have nerve problems in his back that caused his left lat to atrophy. He also had problems in several other muscle groups. Needless to say, Coleman was defeated Jay Cutler in 2006. In his comeback attempt the following year at the 2007 Mr. Olympia, Coleman was defeated yet again, this time placing in the fourth position.

With two back-to-back Olympia losses, Coleman decided to call it a career and retire from competition. And, what a career he had, tying the eight-time Mr. Olympia mark with Lee Haney, becoming the winning-est bodybuilder of all time with 26 victories. Not only did he solidify his name as a bodybuilding legend, but he has established himself as a great role model for millions of people around the world.

Coleman, while not competing anymore, still participates in guest posings each year. He has not stopped training and looks to have maintained much of his muscle mass. He is also keeping busy with his highly successful supplement company, Ronnie Coleman Signature Series. 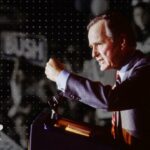