How much is Ron White worth?

Who Is Ron White

If you look up hilarious in the dictionary, you’ll see a picture of Ron White. Ron White is a talented American comedian born in Texas, who has been telling jokes since January of 2000. He started pursuing comedy after he was in the Navy. If you need any more key identifiers on who Ron White is, he is always drinking scotch and smoking a cigar. Ron White has a big, raspy voice and most people call him “Tater Salad”- after one of his famous jokes and comedy specials.

How Did Ron White Get So Rich?

With the Blue Collar Comedy Tour, Ron White was able to completely fill the stands all over the United States, earning the group over $15 million. He kept touring with the group for 3 years to gross over $35 million and then went solo in 2004. His first solo albums “You Can’t Fox Stupid” and “Drunk In Public” raced to the top of the charts, earning him 4.5 million views and his first Grammy Nomination. Ron White has also written and released other comedy albums and they have all made #1 on the BillbordTM Comedy Charts.

Since his first Grammy Nomination, he has been nominated two more times. Ron White has also sold over 10 million copies of his comedy specials. Ron White has since done cameos in movies and tv shows such as “Horrible Bosses”, “Sex and the City 2” and “Jayne Mansfield’s Car”, has written his own book called “I Had the Right to Remain Silent, But I Didn’t Have the Ability”, and filmed several other DVD’s and CD’s for people to watch and enjoy. He even was the co-executive producer for the documentary called “Bridegroom”. “Bridegroom” was even featured at the 2013 NYC Tribeca Film Festival and was awarded for Best Documentary. Ron White’s newest special on Netflix is called “If You Quit Listening, I’ll Shut Up” and it’s one for the books.

In the early days of Ron White’s comedy career, he started performing and was the opening act for many people like Jeff Foxworthy and Sam Kinison. After doing this for a while he realized he wanted to take it a step further and become part of a group to get his career moving. Opening for Foxworthy was how he got the chance to be a part of The Blue Collar Comedy Tour. When he got the chance to join the Blue Collar Comedy Tour with Jeff Foxworthy, Larry the Cable Guy, and Bill Engvall that’s when his career took off. The tour was filmed and put on Comedy Central and it was the most watched in the history of Comedy Central’s Channel. Once people realized how entertaining Ron White was, he knew he had a shot at a real career in comedy.

What Makes Ron So Successful?

Ron White is a charismatic comedian who will have the whole audience laughing at his jokes. He talks about everyday occurrences which makes him very relatable to the average person. Because he is so funny and engaging, throughout the past 9 years Ron White has been top 3 standup in America. White also started his own benefits program called “Ron White’s Comedy Salute to the Troops”, where proceeds go to help injured soldiers and their families. Supporting our troops is something near and dear to Ron White’s heart because he was in the Navy. That is another motivator for people to keep listening and laughing with Ron White because they know he is not only funny but a kind heart as well.

Ron White is a scotch and cigar-loving comedian who will have you constantly laughing. His net worth is high due to his start with the Blue Collar Comedy Tour. He has a business-like attitude that has allowed him to expand beyond just being the opening acts for other comedians. His love for comedy has spurred him to create comedy gold for his fans- everything from solo comedy specials, to books, to DVD’s and CDs. Ron White is a forced to be reckoned with in the comedy industry, and he hasn’t slowed down yet. But most importantly, you can just call him “Tater Salad”. 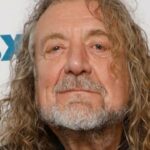 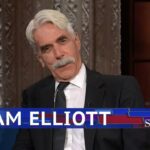