How much is Roger Federer worth?

Who Is Roger Federer

Born in Basel, Switzerland, on the 8th August 1981, Roger Federer is a professional tennis player currently active on the ATP tour. He is widely regarded as being the GOAT, or ‘Greatest of All Time’, of men’s tennis. His numerous on court records, including a current men’s record of amassing 20 Grandslam Singles Championships and also spending 310 weeks as tennis’ world number one, sets him apart from his current peers and many men’s tennis legends such as Pete Sampras, Rod Laver and Bjorn Borg.

Furthermore, due to his tennis prowess Roger Federer has built a lucrative ‘RF’ brand that has amassed him a multi-million dollar fortune. As of 2021 he is considered to be the world’s richest athlete with an estimated net worth of around $450 million.

We calculate Roger Federer has a net worth of about $500 million dollars, as of 2021.

How did Roger Federer get so rich?

Roger Federer’s career really began to make him rich following his 2003 victory at Wimbledon. Not just in terms of prize money, but also in sponsorship and endorsements. The more tournaments and especially grandslam tournaments Federer went on to win, the more prize money and sponsorship and endorsement revenue he received. He also had a savvy management team around him early on, which helped to build an incredibly marketable ‘RF’ brand that was and remains international in its appeal.

This brand has seen him become a fashion icon with multiple appearances in Vogue Magazine and become an iconic personification of class and sophistication with links to Moet and Chandon champagne, luxury sports cars and Rolex watches. Such associations have helped to generate incredible amounts of wealth off the tennis court for Federer, that have dwarfed the equally incredible amount of prize money he has won for winning tennis matches over the decades in which he has been a professional tennis player.

In recent years Roger Federer has capitalized on his ever popular branding with the sale of various prestigious items of merchandise, chiefly his Wilson RF97 Autograph tennis racket. This tennis racket retails at around $160 – $200 unstrung and has the honor of bearing Federer’s autograph, something only ever reserved for tennis greats.

Roger Federer was always thought to be a tennis player with talent right from the moment he started swinging a tennis racket. His hand to eye coordination, shot improvisation and ability to move so effortlessly around a tennis court attracted the attention of many tennis professionals. Unfortunately as a junior, Federer became more and more famous for his temper tantrums which many believed held him back from reaching his true potential. Despite this, Federer had a successful junior career where he won the Wimbledon Boy’s Singles Championship and finished as Junior World Number One in 1998.

His early professional career as an adult tennis player was once again marred by his temper despite gaining the praise of tennis plaudits who were awed by his versatile and effortless technique and stylish shot production, notably his graceful single handed backhand and powerful forehand. However in 2001, Federer vowed to get his temper under control and that is when his remarkable run as arguably the GOAT of tennis began.

A fourth round victory over defending champion Pete Sampras in the 2001 Wimbledon Championships would cement Federer’s arrival as a legitimate contender for grand slam titles and earmark him as a potential future tennis legend. While he lost in the next round to Tim Henman that year, it was Federer’s stylish domination of Wimbledon in 2003, resulting in his maiden Grand slam championship, that really goes down in history as the point at which Roger Federer would usher in his era of absolute tennis domination.

From Wimbledon 2003 up until Wimbledon 2008, Roger Federer won 12 Grandslam singles finals out of the 15 he played, losing only three clay court French Open finals to Raphael Nadal who is widely considered to be the ‘King of Clay’ and a respective tennis great in his own right. During this period, Federer remained as world number one for a record 237 consecutive weeks. A feat that underlined just how many tournaments he was winning and how few matches he was losing during this five year period. In 2006 alone, Federer had a win loss ratio of 92-5. Federer’s consecutive weeks at number one record is also a record that is widely regarded as being too big to ever be broken. It would mean that a player would have to be world number one for just over four and half consecutive years!

Roger Federer’s success is not down to luck. He is an amazing tennis player with a set of tennis skills that few other tennis players possess and a driven mental attitude that has seen him remain on the ATP tour for many more years than some had ever predicted. There was talk of his retirement as far back as 2008!

He is however regarded as being the most complete tennis player on the account that he has no weakness in terms of his first and second serve, backhand, forehand, volley, smash, slice, lob, drop shot or general movement across the court and up the court. He makes most of his tennis matches look like a highlight reel of his mind bending shots and has become synonymous with only ever being scheduled to play on show courts by tournament organizers and TV executives alike. It’s because of his talent and the beauty in which he showcases it, that has gained him his well earned riches.

Roger Federer became rich and famous not just because he won many tennis titles, and broke and set many historic tennis records. He became rich and famous because of his talent. His game appeals to tennis fans and also attracts non-tennis fans alike. He became even more wealthy because of his suave branding portraying him as the mellow tennis gentleman, his various sponsorship deals and lucrative endorsements.

Fans love him and tennis organizers love him even more. It is said he can fill out arenas just at the mention of his name, which reflects how he is seen as the golden goose who just keeps laying golden eggs. Not undeservedly so I hasten to add. His records and achievements speak of his greatness. And at 38 years of age, his greatness is magnified by the fact that there are undoubtedly only a few more years left before he inevitably hangs his racket up and calls time on his illustrious career. 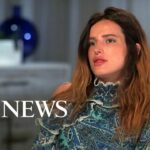 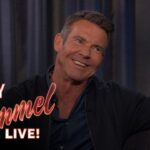