How much is Rod Stewart worth?

Who Is Rod Stewart

As a solo artist, Rod Stewart may have left much of his rock and roll past pretty far behind, focusing increasingly on romantic folk ballads before becoming a pop music chameleon by the late ’70s and throughout the ’80s. Even so, his resume as a songwriter and performer remains exemplary, full of innovative, influential sparks as well as a consistent wealth of pop hits over the years. Through critical and commercial dips and changing musical trends, Stewart’s signature raspy vocal style has remained a staple for pop/rock listeners of all ages and inclinations.

British rock singer and songwriter Rod Stewart has a net worth of $300 million dollars, as of 2021. He’s one of the best-selling music artists of all time, selling over 260 million records to date.

Stewart grew up in a musical family and gravitated toward the guitar and a skiffle band by age 11. After leaving school during the early ’60s, Stewart drifted through various odd jobs and even flirted with a career as a footballer before opting for a stint as traveling, protesting troubadour. It wasn’t long before he made a major mark in the burgeoning British rock scene, helping to found the Ray Davies Quartet, which, of course, would go on to become the Kinks. From there, he bounced around the early British blues scene, working with the likes of Long John Baldry and Fleetwood Mac’s Peter Green before his big break.

Finding a Rock and Roll Voice

As a member of the Jeff Beck Group during the last two years of the ’60s, Stewart laid a foundation for his future career as distinctive lead vocalist. He also worked with Ron Wood for the first time, which led the pair to hook up with former members of the Small Faces. Still, Stewart’s stint as a member of the newly christened Faces did not keep him from immediately launching a solo career and enjoying instant success. With the Faces, Stewart explored bluesy Rolling Stones territory, while his solo work delved into calmer, folk-influenced songcraft like “Maggie May” and “You Wear It Well”. Solo stardom beckoned.

Remarkably, Stewart maintained both a successful solo career and full-time membership in the Faces during the first half of the ’70s, emerging ultimately as a full-fledged superstar for the rest of the decade. With hits like “Tonight’s the Night,” a cover of Cat Stevens’ “The First Cut Is the Deepest,” and “You’re in My Heart,” Stewart reached what must have seemed like the widest audience imaginable, wowing pop, rock and adult contemporary audiences with equal aplomb. However, the singer’s next shift as the late ’70s turned into the early ’80s would cover even greater, far different ground.

Stewart demonstrated inarguably in 1978 that he had no qualms about experimenting with various styles, the critics be damned. “Do Ya Think I’m Sexy?” tapped into the furiously popular but fleeting disco movement, and Stewart seemed to have no trouble adapting to the synthesizer pop and flashy visual imagery demanded by new wave and early MTV. At least for a while, anyway. “Passion” and “Young Turks” were big hits in 1981, but Stewart’s efforts during the heart of the decade increasingly drew decreased respect, even if “Infatuation” and “Some Guys Have All the Luck” kept the singer firmly on the ’80s map.

1988’s Out of Order served as a surprising comeback album for Stewart, ensuring that he was a pop artist unlikely to ever fade entirely. Songs like “Lost in You” managed hit status despite emerging as a definite departure from the era’s hard rock and dance-pop fixation. Stewart’s versatility carried him into the ’90s as a continuing marquee name, and by the mid-’90s the Rock and Roll Hall of Fame came calling. Weathering some more years of commercial decline, Stewart refashioned himself a singer of old standards for the 21st Century, regaining more popularity than ever. And Stewart still cuts across eras. 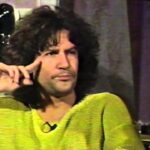 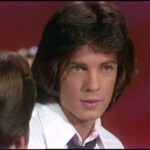