Rod Laver is the only tennis player to have won The Grand Slam, all four majors in the same calendar year, twice. He won it as an amateur in 1962, when professionals were still banned from playing at the majors, and then again in 1969 as a pro, after the 1968 start of the Open Era, which ended the exclusion of pros.

Needing to make a living, Laver turned pro after his outstanding 1962, and he was therefore excluded from the majors for 1963 through 1967. Rod’s 11 major titles shares fourth place in the all-time list with Bjorn Borg, but had he not been banned from the majors for five years during his prime, he would likely have several more major titles, perhaps even more than Roger Federer, who tops the list at 17. Laver would have had stiffer competition before 1968 if both amateurs and pros were competing in the majors, but he proved in 1969 that he could prevail in such a complete field.

Rod Laver’s biggest contribution to the evolution of tennis was his masterful use of strong topspin. He wasn’t the first player to use topspin, but he employed it much more effectively than any player before him. Laver played a complete and highly aggressive game, pounding topspin from the baseline, slicing approach shots, and attacking frequently at the net.

Laver was a model of Australian sportsmanship, always gracious, fair, and humble. In addition to compiling 52 singles titles and 28 doubles titles during his career, he helped Australia win five Davis Cups. In 2001, Australia honored Rod by naming the main stadium at Melbourne Park, the site of the Australian Open, Rod Laver Arena.

This Rod Laver Net Worth profile originated at WealthyGenius.com 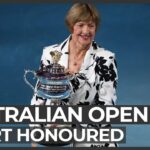 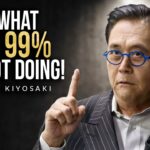