How much was Robin Williams worth?

Who Is Robin Williams

Robin Williams was an actor, comedian, and writer who became famous for his family friendly comedies in the 1980s and 1990s. Williams started out as a comedian and pioneered the way comedians tell personal stories in their sets, and he was a massive influence on other comedy actors including Jim Carey. Thanks to his comedy work, Williams earned a leading role in Mork & Mindy, which launched his dense TV and Film career. In the 2000s, he dove in to more dramatic roles and was nominated for several prestigious awards. Some of William’s most popular movies include Aladdin, Mrs. Doubtfire, Jumanji, and Good Will Hunting.

American actor and comedian Robin Williams had a net worth of $50 to $100 million dollars at the time of his death, in 2014.

How Did Robin Williams Get So Rich?

Williams had earned hundreds of millions of dollars throughout his years as an actor, and it reached it’s peak in the late 90s and 2000s when he made $15 million for his role in Jumanji, and then $20 million for playing the titular character in Bicentennial Man. But the movie that earned the actor the most is shocking. Good Will Hunting had a budget of just $10 million, half of which was Williams $5 million salary. Though he was used to higher pay checks at this point, he agreed to take a lower cut, but Williams had a deal that if the movie made more than $60 million, he was awarded an escalating participation. As the movie made $225 million, Matt Damon claims that Williams made tens of millions from the movie.

In total, William’s movies have grossed more than $4 billion worldwide, which is unfathomable number, especially considering one man is primarily responsible for it. However, though his movies have grossed so much, one of Williams’ salaries may come as a surprise. In the mid-90s, Williams had an asking fee of $8 million per movie, but he agreed to take just $75,000 for the role of Genie in Aladdin. This was on the condition that Disney didn’t use his image or voice in the marketing of the film. However, Disney didn’t carry through their part of the deal, as they played his voice in the trailers and commercials. Disney sent Williams a Picasso painting worth over one million dollars as an apology.

In the mid-70s, Williams began trying out stand up comedy in San Francisco, and shortly after that he scored the role of Mork in Mork and Mindy, a spinoff of Happy Days in which Williams plays an alien from the fictional planet Ork. Though the concept of the show was completely transparent as the network wanted to capitalize on the popularity of Star Wars at the time, Mork and Mindy was loved by many, as it lasted for four seasons and every episode was getting over 20 million households tuning in.

After he had a successful show under his belt and had made fans out of millions of Americans, Williams started getting offered major movie roles, with has first starring role being in a live action adaptation of Popeye. The movie was a modest beginning to his movie career, as it received fairly good reviews and earned three times its budget. But his break out role on the big screen came in 1987 with Good Morning, Vietnam!, in which Williams played a radio DJ in the armed forces during the Vietnam War. The movie made over $110 million of a budget of just $15 million.

The 90’s saw Williams become the man, the comedian, and the movie star that we know him as today. He started taking on lead roles in family adventure movies beginning with Hook, the Steven Spielberg directed take on an older version of Peter Pan, and that made over $300 million worldwide. After that, he voiced Genie in the Disney classic, Aladdin. Genie is seen as one of the most iconic character in the entire Disney catalogue and it was largely thanks to his presence that the movie made more than half a billion dollars globally. The actor’s other popular 90s movies that turned over hundreds of millions of dollars at the box office include Jumanji, Flubber, and Patch Adams.

However, the most successful movie that Williams starred in during the 90s was Mrs. Doubtfire, a movie in which Williams pretends to be an overweight, elderly nanny just so he can see his children after a rough divorce. It’s one of the funniest movies of all time and it has been parodied endlessly in shows like Family Guy. Mrs. Doubtfire is iconic and even looking at the fake nanny in prosthetics and a rubber suit, kids can tell you that that’s Robin Williams.

In the late 1990s and all the way up to his death, Williams ventured out in to more serious roles. Though there have been hints of dramatic acting throughout his career up to that point, he had never been as dramatic and daring as he was in the crime thrillers One Hour Photo and the Christopher Nolan directed Insomina. The actor won the Academy Award for Best Supporting Actor for his role in Good Will Hunting, which was written by Matt Damon and Ben Affleck.

What Made Williams So Successful?

Williams was first awarded roles based on his on-stage energy and his rapid improvisational skills that were way ahead of its time. This influenced a whole generation of stand-up comedy that was entirely based on Williams’ performances. And along with the energy, Williams was commended for his brutal honesty regarding his addiction to drugs and alcohol, and he was often very vocal about his depression. This is what many believe to be one of Williams’ most important contributions to the medium, to which he has many.

The comedian had such a unique talent that anybody who saw him in his early years in San Francisco became a comedian themselves, as the young people who watched him perform felt liberated. And many people of different ages and professions felt the same way about the actor. He has been widely praised by many people who have worked with him in Hollywood, including the comedy director Judd Apatow, who described his improv style as rapid-fire, and action/adventure director Chris Columbus called his on-set performances indescribable and magical.

The variety of movies that range from animated classics to crime thrillers to a mess of family comedies is why Williams holds a legacy and won’t be forgotten for a long time. Even in his death, the actor is one of the most popular movie stars among adults and children, many of whom weren’t even born until after he unfortunately passed away. Earlier this year, the documentary Robin’s Wish was released about the actor’s final days before his death and it explores his battle with dementia. 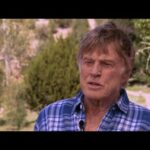 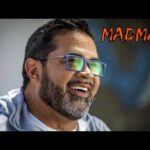