How much is Robert Plant worth?

Here is a man who was at the forefront of the rock star boom in the mid-to-late 1960’s and early 1970’s, a man who rocked hard and rocked longer than almost anyone; he may not have been the most famous of his contemporaries, but he might be one of the most successful. I’m talking, of course, about Robert Plant

Who Is Robert Plant

But here’s the fun fact: some of you reading this may have taken a minute to think: who is Robert Plant?

Now, many of you would find that assertion absolutely absurd, and you know exactly who Robert Plant is. Maybe, maybe not. I imagine you know many of his contemporaries though: Mick Jagger, Roger Daltrey, Mick Jagger, Freddie Mercury, Jim Morrison, Paul McCartney. But Robert Plant’s name doesn’t hit that cultural bell as hard as some of the others, if you really stop to think. And that’s a crying shame, because, oh yeah, he was the lead singer of a band who, by most metrics, was one of the top-five most successful musical groups of all time in terms of record sales and in the top ten all time in terms of financial success.

So yeah, of course you know who Led Zeppelin is. You know their songs, you know their influence, you probably know “Stairway to Heaven” or – in a more modern and commercial context – “Immigrant Song” from that inescapable Thor: Ragnarok trailer from a couple of years ago. Oh and, they also essentially created the entirely genre of music we now know as Heavy Metal. No big deal.

But do you really know who Robert Plant, the man, is?

You should, because as far as net worth he’s worth more than pretty much all of his contemporaries (mentioned earlier) save for Jagger and – my goodness, that’s a lot of money – McCartney. But at one point, Robert Plant was just another struggling musician in a sea of similar faces.

Robert Anthony Plant was born on August 20th, 1948, in West Bromwich, Staffordshire, England. Growing up he grew to love music, specifically blues music by artists such as Robert Johnson (who, in case you were wondering, was legendary for supposedly selling his soul to the devil at “the cross roads” to achieve success, recorded the song “Cross Road Blues” in 1936, and became the founding member of The 27 Club when he died in 1938 due to…reasons), as well as artists such as Elvis Presley. After dropping out of school at age 16 to pursue the blues as a career, he toiled in semi-obscurity for several years before he successfully auditioned in 1968 for the lead singer position in a band called “The New Yardbirds” and their lead guitarist named Jimmy Page.

After an early tour in which The Who’s Keith Moon opined that music by The New Yardbirds would go over “like a lead balloon,” the group co-opted that criticism, adjusted some spelling conventions and changed “balloon” to a similar concept in “zeppelin,” and…the rest, as they say, was history.

How Did Robert Plant Get So Rich?

As noted earlier, Plant is noted as one of the most financially successful artists of his generation, with an estimated net worth of between $170 million up to a massive speculated $200 million. But it’s not just because of a fleeting moment of success with a popular band; he’s kept himself relevant for almost 50 years, either as part of Led Zeppelin, in his other projects, or as part of a duet with successful bluegrass singer. Even after the success of his albums with Krauss, he continued to perform as a part of Led Zeppelin reunion tours, in addition to receiving what could only be imagined as exorbitant royalty fees from his previous work.

Plant was the lead singer and frontman of Led Zeppelin from its formation in 1968 until their breakup in 1980 (after the death of drummer John Bonham). During that time, Led Zeppelin had 7 number-one hit albums on the UK Charts and 6 number-one hit albums on the US Billboard Hot 200 Album Charts (their 1971 Album Led Zeppelin IV album only reached a paltry #2 on the US charts as opposed to #1 in the UK). As noted earlier, Led Zeppelin was in the top 10 all-time in terms of album sales and overall financial earnings, and essentially created the genre of heavy metal while they were at it.

But the thing about Robert Plant, you see, is that Led Zeppelin wasn’t the end for him. After the band broke up, Robert Plant kept going as an artist and has kept producing successful albums in the almost 40 years since Led Zeppelin ended. He kept performing with guitarist Jimmy Page for several years, including in The Honeydrippers and Page & Plant, achieving success throughout the 1980’s and 1990’s. Then, in 2007, he achieved one of his greatest successes in his duet album with bluegrass legend Alison Krauss in Raising Sand, which won a Grammy Award for Album of the Year in 2009.

For his career, Plant has won 8 Grammy Awards out of 18 nominations, and he was inducted into the Rock & Roll Hall of Fame in 1995.

What Makes Plant So Successful?

He was the frontman of one of the most successful (financially and record-sales wise) bands of all time. His band helped popularize the blues in popular music, helped fuse it with rock and roll, and essentially helped create the entire genre of heavy metal. Not only that, but he reinvented himself countless times over the years and still maintained top-selling albums while doing it.

Not only that, but he did even with critical opinion of the band early on being less than flattering (you saw Moon’s “lead balloon” comment, right?). Led Zeppelin overcame this criticism, kept on rocking, and became one the most successful and influential bands of all time. And at the center of it was a high-school dropout and blues fanatic named Robert Plant.

There’s not much else to say, other than that Robert Plant was one of the people who essentially changed rock music for the better, and has stayed relevant and successful for almost 50 years. He may not have the name recognition of some of his contemporaries, but he’s possibly more influential, successful, and legendary than all but a few. When you think of rockstar, there are several names you may think of before you think of Robert Plant…but really, you shouldn’t. 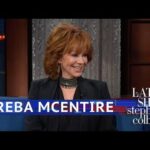 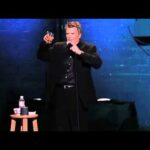