How much is Robert Duvall worth?

Who Is Robert Duvall

Robert Duvall is an actor and director who has been active in the industry for over six decades. He first rose to prominence in the late 1960s and early 1970s, as he is most famous for his role as Tom Hagen in 1972’s The Godfather. He is most well-known for playing roles of military men, which is owed to his history of serving in the war. With hundreds of roles under his belt, the actor has been nominated for dozens of awards, including seven Academy Awards. Some of the actor’s most popular movies include The Godfather series, Apocalypse Now, and most recently, The Judge.

American actor and filmmaker Robert Duvall has a net worth of $75 million dollars, as of 2021. With a career spanning six-decades, Duvall has been in classic movies from The Godfather to Lonesome Dove and Apocalypse Now.

How did Robert Duvall earn his net worth?

In case it wasn’t obvious from his miles long resume, with over 60 years of acting under his belt, Duvall’s pay checks add up to quite the net worth. Almost none of his salaries are disclosed, but considering he was one of the most bankable actors of the 70s and 80s, and any movie he stars in all but guarantees a few Academy Award nominations, it’s safe to say that many of his pay checks reach the seven figure mark. Not only that, but with his roles in more modern movies such as The Judge, he would be making a few million per role.

For his role in The Godfather, Duvall was paid $36,000, which was surprisingly more than Al Pacino, who earned $35,000 for the lead role of Michael Corleone. Two years later, his pay for reprising his role in the sequel grew astronomically, as he earned $500,000, which, adjusted for inflation, would be $2.6 million today. The only reason Duvall wasn’t in The Godfather Part III was due to financial disputes with Coppola, as he wanted to be paid an equal amount to Pacino, who was paid $5,000,000. Duvall was only offered a mere one million dollars, and Coppola has said that not getting Duvall on board for the movie was one of the mistakes he made in his directorial career.

With Duvall already being a seasoned actor before he gained any kind of notoriety, the actor amazed audiences in the war drama M*A*S*H*, which was released in 1970. Following that, he took a dramatic left turn by starring in the genre movie, THX 1138, which also served as the directorial debut of George Lucas, the creator of Star Wars. Though it wasn’t the most successful movie in the world, THX 1138 was the interesting precursor to Star Wars and it has become a cult hit, not to mention that Duvall’s lead performance caught the attention of none other than the celebrated movie director Francis Ford Coppola.

Duvall and Coppola forged a great working partnership from the beginning of the early 70s, as the director cast Duvall as Tom Hagen, the adopted son of the feared mafia boss, Vito Corleone, in The Godfather. Hagen was able to flex his acting chops with Al Pacino, James Caan, Diane Keaton, and of course, Marlon Brando. The movie was a massive success and it changed the course of filmmaking forever. The movie made close to $250 million upon its release almost 50 years ago, and adjusted for inflation that would be $1.5 billion in 2020. The sequel was a huge success too, and together they are considered as the greatest one, two punch in movie history. They are ranked as the second and third greatest movies of all time on IMDB, followed only by The Shawshank Redemption.

The actor-director duo didn’t end there, as they collaborated on two more movies in the 70s. The first of the two was The Conversation, a low budget movie compared to that of The Godfather. The only reason the movie was made is because Coppola refused to direct The Godfather Part II unless he could make The Conversation first. Though it’s much less known than the mafia series, it’s considered to be one of the best movies of the 70s and it captures one of the best ever performances of Duvall’s.

The final movie that the two collaborated on was Apocalypse Now, a movie where even the production of it is so infamous that it has its own making-of documentary. In the movie, Duvall plays Bill Kilgore, and this is perhaps his most famous role ever despite it not making as much money at the box office as The Godfather. The reason is because his character is responsible for the iconic line, “I love the smell of napalm in the morning.” It is one of the most famous movie lines in history and it has been quoted to no end. Unsurprisingly, Duvall was again nominated for the Best Supporting Actor Oscar for this role.

Duvall hasn’t been nominated for so many Academy Awards for no reason. The actor is considered one of the best cinematic performers in the history of the craft and is considered an American treasure as he has taken on classically American roles. His year in the war helped him earn many roles as military officials such as his performances in M*A*S*H* and Apocalypse Now. He has also earned other similar roles in films including The Great Santini, The Pursuit of D.B. Cooper, and John Q. His experience in the war has helped him give depth and layers to the character that no other actor could have developed without that experience.

Even in his 80s, Duvall is still hitting it out of the park acting wise, as he currently holds the record for the oldest actor to ever be nominated for an Academy Award. This was for his role in The Judge, in which he acted alongside Robert Downey Jr., and though the movie wasn’t the biggest critical darling, Duvall was praised as the saving grace of the film. And in the following year he not only starred in, but also wrote and directed the western crime movie Wild Horses. The seasoned actor’s dedication to the arts has earned him the National Medal for Arts, which was awarded to him by George Bush.

Above all else, Duvall’s commitment to acting for the past 60 years is what has earned him the recognition and the wealth that he deserves. But it is the iconic movies he has starred in that has pushed those to the absolute limit, as he is a living legend and has an estimated net worth of more than $75 million. In the coming months, Duvall will star in the sports movie 12 Mighty Orphans alongside his Apocalypse Now costar, Martin Sheen. 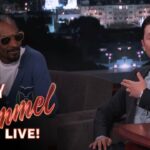 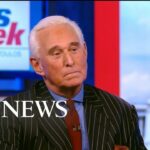