How much is Rob Lowe worth?

Rob Lowe is an actor, producer, director, and writer who has starred in many different movies and television shows. He has been nominated for six Golden Globes and an Emmy for several different acting performances throughout his career.

His first major acting role was in 1983 when he starred with Emilio Estevez and Patrick Swayze in the movie The Outsiders.

American actor, producer, and director Rob Lowe has an estimated net worth of $85 million dollars, as of 2023. Though short-lived, Lowe made his acting debut at the age of 15 in the TV sitcom, A New Kind of Family.

Lowe would go on to be a part of more than 60 movies and television films, along with roles in more than 30 television shows. He also hosted Saturday Night Live 3 different times from 1990 to 2000, cementing his status as a great all-around actor.

Lowe was a prominent cast member of the NBA drama The West Wing along with Martin Sheen, Allison Janney, and Bradley Whitford, and also played a major role in the NBC comedy series Parks and Recreation, along with Amy Poehler, Rashida Jones, and Nick Offerman.

Most recently, Lowe starred in the FOX comedy series The Grinder and the CBS medical drama Code Black and is currently starring in the NBC drama 9-1-1: Lone Star. Rob Lowe is primarily famous for his television roles in The West Wing and Parks and Recreation. In The West Wing, Lowe played Sam Seaborn, who was deputy communications director for the president of the United States, Josiah Bartlet, played by Martin Sheen.

Seaborn was responsible for composing speeches and press releases for the president and was loosely based on George Stephanopoulos, the communications director for Bill Clinton’s 1992 presidential campaign. He was one of the more likable characters of the show, providing an aura of integrity and hope that clashed brilliantly with many of the battle-hardened political operatives that comprised most of the president’s staff.

Sam Seaborn was probably the most iconic character that Lowe played during his entire acting career. In Parks and Recreation, Lowe played Chris Traeger, an Indiana state official who was responsible for making budget cuts on the fictional city of Pawnee.

Traeger was an abnormally upbeat and excessively optimistic person who struggled to make difficult decisions about cutting funding to the parks and recreation department of Pawnee.

Apart from his successful acting career, Lowe is also famous for being one of the most good-looking actors of his day.

Rob Lowe current net worth of an estimated $85 million, comes from his various roles in movies and on television. He also made money as an author, publishing his memoirs in a work titled Stories I Only Tell My Friends in May 2011. Lowe also earned a large amount of money when he and his wife sold their home in Montecito, California for an estimated $25 million in 2005.

They are currently in the process of selling the house they moved to after selling their original Montecito home, which would net them another estimated $42.5 million. Lowe continues to remain an active participant in both television and movies as an actor and director and should continue to add to his impressive net worth.

Rob Lowe has been very successful primarily due to the upbeat and positive characters he has masterfully portrayed in many successful acting roles. In a large portion of his most well-known roles including The West Wing and Parks and Recreation, Lowe plays a refreshingly, if not slightly misguided optimistic character that is a little oblivious to the harsh realities that surround him.

Optimism is in low supply in the world today, which is often reflected in many movies, films, and television shows, and Lowe’s acting is a nice change of pace. His legendary good looks and charismatic personality apart from acting have also made him a very successful entrepreneur in many of his other interests.

Rob Lowe is an actor, producer, director, and writer who has been a part of nearly 100 different acting roles in movies and television. His most successful acting appearances came during his time on The West Wing and Parks and Recreation where he played an upbeat and optimistic character in two very different circumstances.

Low’s success has allowed him to amass an impressive net worth of $85 million, which should continue to rapidly rise as he continues his successful career. His good looks and charismatic personality have enabled him to work well with people and attain much success in many different endeavors. 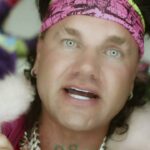 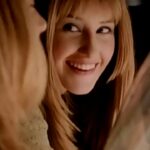