How much is Rob Kardashian Jr. worth?

Who Is Robert Kardashian

Rob Kardashian Jr is a television personality and businessman who is most famous for being a part of the Kardashian family and the son of famous attorney Robert Kardashian, though he sometimes tends to distance himself from them and their affiliations. However, he has had regular appearances on Keeping Up With The Kardashians and its many spin offs. On top of that, he has featured on a ton of other reality and contest shows, including ABC’s Dancing with the Stars, in which he placed second, and the Fox dating show, The Choice. The Kardashian is also known for many of his public relationships, most notably with Adrienne Bailon and Blac Chyna.

American television personality and businessman Rob Kardashian Jr. has a net worth of $10 million dollars, as of 2021. ‘Keeping Up With the Kardashians’ is ending sometime in 2021, until then, Rob is still earning a guaranteed $1 million per year in base salary from the show.

How did Rob Kardashian earn his net worth?

Most of Robert Kardashian’s income comes from his salary for appearing in Keeping Up With The Kardashians. At one point, the personality’s yearly salary was a minimum of one million dollars. In 2018, his contract changed and instead of being paid a yearly salary, he would take $50,000 per episode. On top of the primary show, Kardashian has appeared in many of the spin-offs too, and in 2016, the star scored his own reality series, Rob & Chyna, which followed the pair’s relationship as they were preparing to welcome their child in to the world. Though the show only lasted for one season, his very own reality show would have netted him a handsome salary.

Outside of his work on reality TV, Kardashian is a successful business man and has worked with several companies to endorse their products, including Perfect Skin, Rival Spot, and he even has his own line of socks. The TV personality was even a judge for Miss USA 2012. However, Kardashian was ordered by the courts to pay Blac Chyna $20,000 per month for spousal support payments. But as his income has significantly decreased to $10,000 per month, he tried seeking support payments from Chyna, as she had begun to earn more than him.

Kardashian is most famous for being born in to one of the most well known and powerful families on the planet, as the Kardashian name has been prevalent in the press for decades. His father, Robert Kardashian, was a famous attorney who is best known for acting as one of O.J. Simpson’s lawyers during his trial in the 90s. His sisters, who a much more famous than he is, are best known for their dating profiles and becoming successful self made business women, with the most famous being Kim Kardashian, who is married to Kanye West. Being the only male of the siblings, he doesn’t appear at all the events that can be seen on Keeping Up With The Kardashians, but he has made several appearances throughout the years.

In 2011, Kardashian signed on to take part in the 13th season of Dancing With The Stars, in which he was paired with Cheryl Burke, who was already a two time champion of the show. Over the course of the show, Kardashian had become the most improved dancer, and he even made it to the finals. Kardashian surprisingly came in second place, losing to J.R. Martinez and Karin Smirnoff. As the TV personality was in the runner-up team, he had bested his sister, Kim Kardashian, who was quickly eliminated from the reality contest show in season seven when she was partnered with Mark Ballas.

After his profile grew massively due to his affiliation with his sisters, his mother, and Bruce Jenner, the amount that the media followed him increased tenfold. His relationship with Adrienne Bailon, co-host of the daytime talk show The Real, was heavily documented not just on Keeping Up With The Kardashians, but in the tabloids too. Though he later admitted that their break up was due to his infidelity in the relationship, Kardashian and Bailon’s split became a big deal in the papers. Following his split with Bailon, Kardashian then had a short lived relationship with the singer and X Factor judge, Rita Ora.

His second highly publicized relation ship was with female model Blac Chyna, which began in 2016, and they had gotten engaged just three months in to dating. The couple had a daughter together, named Dream Renee Kardashian. However, after a rushed engagement, it was no surprise that the couple announced their split by the end of the same year they got engaged. Chyna had left him, moving out of their mansion and taking their daughter with her. Though they continued an on-again, off-again relationship, they were unable to properly reconcile, which led to several heavily publicized lawsuits that lasted years, with each of them trying to claim spousal support from one another. The following year they broke up, Kardashian famously posted several images to Instagram accusing Chyna of cheating on him, but they have since been deleted.

Rob Kardashian is far from the most successful member of the family, as the girls all earn tens of millions of dollars every year from endorsement deals, make up brands, and modelling. However, he has still managed to find a modicum of success, which can mostly be attributed to the family that he was born in to. Not only does his family grant him contacts in almost every industry and the entertainment sector, but they have so much wealth that he is able to afford to turn any hobby in to a potential business.

But it isn’t just his family that has helped Rob achieve the success that he currently has, as he is extremely business savvy too. On top of that, he followed in his father’s footsteps by studying law at the University of Southern California, and along with his success on Dancing with the Stars, it shows how determined the Kardashian can really be.

Thanks to being part of one of the most famous families in the world and an extremely powerful father, Robert Kardashian Jr. has been lucky enough to live extremely comfortably from infrequent appearances on reality TV shows. And due to being business savvy and having an education in law, Kardashian now has an estimated net worth of $10 million. Now, the TV personality is enjoying a newfound confidence, as he has just undergone a huge weight loss. 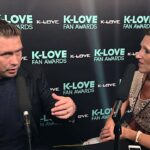 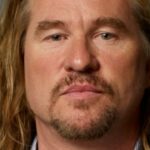