How much are Rizzle Kicks worth?

Who Is Rizzle Kicks

Jordan Stephens was born on January 25th, 1992, and Harley Alexander-Sule was born on November 23rd, 1991. They formed the duo titled Rizzle Kicks in 2008. They released their debut album titled Stereo Typical in October 2011. Two years later, they released their second album, Roaring 20s.

On 16 February 2018 Jordan produced his own single under the name AI The Native, his first track titled The System. Alexander-Sule, on the other hand, released music under the stage name Jimi Charles Moody, and has released several singles.

Rizzle Kicks’ joint net worth is estimated at $4 million dollars, as of 2021.

How did They get rich?

A few months after they started their music career as a duo, they sold more than 1 million singles and over 600 thousand albums in the United Kingdom.

As of February 2020, Rizzle Kicks’ official YouTube channel has almost 175 thousand subscribers and 72 million views overall. They started the channel seven years ago. The most popular music video is Down With The Trumpets with more than 19 million views.

A big part of Rizzle Kicks’ income comes from the live tours. They performed the first tour in the spring of 2012. It was sold out with a huge success. They released their production under the Island label. Jordan and Harley have also appeared on TV on many occasions, such as on The Late Late Show with James Corden. 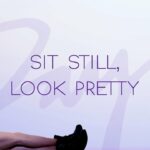 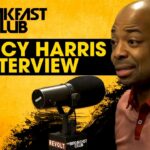