How much is Ricky Martin worth?

Hegot his start in the boy band, Menudo and he’s been shaking his hips and ‘Livin’la Vida Loca’ ever since.

Who Is Ricky Martin

Puerto Rican pop sensation Ricky Martin has been breaking down barriers and tearing up dance floors worldwide since his Menudo days, but this heartthrob has recently traded in ‘La Vida Loca’ for fatherhood.

Puerto Rican singer Ricky Martin has a net worth of approx. $120 million dollars, as of 2021.

Enrique Jose Martin Morales IV was born in San Juan, Puerto Rico on December 24, 1971. He started appearing in local commercials by the age of six, and auditioned three times for local Latin American boy band sensation Menudo before finally nabbing a spot in 1984. Martin was able to travel the world as a teenager in Menudo, but had to leave the group once he reached its retirement age of 18.

With his Menudo days behind him, Martin temporarily relocated to New York City to pursue a solo singing career, but after months of unemployment the handsome singer had a change of heart and decided to try his hand at acting. He moved to Mexico City to play a musician in the telenovela Alcanzar una Estrella, which ended up being a huge hit and eventually spawned a feature film. His character on the show happened to be a singer, and Martin returned to his roots when he released his first self-titled solo album in 1991, and followed up with Me Amaras in 1993. Martin was a hit in the Latin American world, but he soon set his sights on bigger things and packed his bags for Los Angeles.

From The Soaps To The Grammys

Martin made his American TV debut in the short lived NBC show Getting By, and followed up with a role on General Hospital. He then starred in the Broadway musical Les Miserables, but still managed to find time to book concerts and pursue his singing career. He was still a star in Latin America, but was little known in the U.S. until his fourth album, Vuelve, brought the hit ‘La Copa de la Vida’, or ‘The Cup of Life.’

The single brought a whole new audience to Martin, who was then invited to perform in front of millions at the 1998 World Cup. Martin’s star continued to rise, and his 1999 Grammy performance wowed critics and audiences alike. He quickly released his first English language single, ‘Livin La Vida Loca’, and a self-titled English album that debuted at number one on the Billboard charts. After a Time magazine cover and four Grammy nominations, Martin was officially a bona fide star, and he quickly released his second English album, Sound Loaded, in 2000.

The song ‘She Bangs’ garnered another Grammy nod, but the album failed to perform as well as its predecessor, and Martin soon faded into the background and went back to his Latin American roots. After five years of Latin American hits, Martin released another English album in 2005. Life made it to the Billboard top ten, but Martin was unable to reach the level of success he found in his Loca days. He released a multi-lingual album, Musica + Alma + Sexo in February of 2011, and is set to return to Broadway in Evita in 2012.

Romance And The Rumor Mill

Martin has faced gay rumors since his gyrating leather pants performance in the 1999 Grammys, but he initially made the tabloids for his on-again, off-again romance with Rebecca de Alba. He dated her for over 10 years and claimed he was going to propose, but stayed publicly single throughout most of the 2000s following an infamous Barbara Walters interview, in which she pressed him to come out. His large gay audience wanted answers, but Martin ducked the rumors and played it straight.

The gay buzz intensified when he fathered twin boys using a surrogate in 2008, and Martin finally courageously came out using his personal website in 2010. He then told Oprah Winfrey that there is a man in his life, but the happy father has managed to keep his personal life relatively personal since then.

Defining Quote “I am a fortunate homosexual man. I am very blessed to be who I am.” 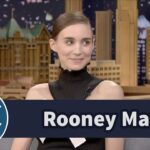 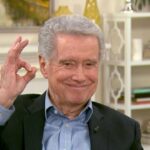