The Star Wars saga captured the imagination of an entire generation and still to this days earns millions through distribution and royalties. It turned George Lucas into a billionaire and produced some of the most successful actors of all time. Almost every fan of the Star Wars movie franchise has wondered about the net worths of the actors and actresses who had roles in the franchise. Here is a short list of some of the richest Star Wars actors.

Daisy Ridley was essentially unknown until she was cast as “Rey” in Star Wars: The Force Awakens in 2015.

Aside from acting she is also a singer yet acting is what pays the bills. As of 2023, Daisy Ridley has an estimated net worth of about $6 million dollars. Which is a massive increase considering she only earned between $100,000 – $300,000 for starring in Star Wars: The Force Awakens.

It’s one thing for other people to see potential in you, and it’s quite another for you to understand that and see it in yourself.

If there’s one cast member who fans of the Star Wars franchise cannot distinguish between character and actor, it has to be Mark Hamill. Hamill himself knew that and tried to distance himself from being Luke Skywalker by taking on roles in the adventure comedy, Corvette Summer and the world war II film The Big Red One. Star Wars fans may not know this, but Hamill is an accomplished stage actor, having appeared in many plays like The Elephant Man and Amadeus.

Mark Hamill has since the original trilogy reprised the role in the sequel trilogy, which began with J.J. Abram’s Star Wars: The Force Awakens and concluded with Star Wars: The Rise of Skywalker.

Other than being a movie and stage actor, Mark Hamill is also recognized as a brilliant voice actor, having voiced the Joker in various Batman films and video games. He has also voiced other characters in the television series Star Wars: The Clone Wars and Star Wars sequel trilogy.

Mark Hamill is estimated to have a net worth of some $14 million.

So much of life is what you roll and where you land.

Ewan McGregor is a prolific actor who has had numerous successful roles from playing Carmerlengo Father Patrick McKenna in Angels and Demons to Mark Renton in Trainspotting and Trainspotting II.

This Scottish actor is also well known for a documentary he made riding his motorcycle across the globe in Long Way Round, Long Way Down, and Long Way Up. He is reported to have an estimated net worth of some $15 million.

Success is tricky to deal with, both professionally and in your personal life.

You may not know that Keira Knightley was actually in the first installment of the Star Wars prequel trilogy. Yes, she was only 12 years old, but she played Sabe, handmaiden, and decoy to Padme Amidala. On set and with full make-up on, the two actresses looked so much alike that even their mothers had difficulty telling them. Apparently Knightley fell asleep on set as her role involved a lot of waiting around and it was a small role.

However, Knightley went on to gain international fame with her role as Elizabeth Swann in Pirates of the Caribbean: The Curse of the Black Pearl and following that numerous other films where she was lauded for her acting, like her Pride and Prejudice.

Keira Knightley may not have made much from the Star Wars franchise, but with an estimated net worth of some $60 million, she ranks as one of the richest cast of the franchise.

I cook. I go to farmers markets in London and cook really good sort of organic foods.

We begin our list with Natalie Portman, who has since the age of twelve been in various blockbusters for which she has received accolades. Portman, of course, gained international fame for her role as Padme Amidala in Star Wars Episode I – The Phantom Menace (1999). If you remember, this was the first of the Star Wars prequel trilogy.

Portman starred alongside with Hollywood A-listers such as Liam Neeson, and Ewan McGregor. At the premiere for Episode I, Portman could not attend as she had to study for her high school final examinations. The film grossed $924 million worldwide. After Episode I, Portman went on to reprise her role as Padme Amidala for the next 2 installments while studying for a degree in psychology at Harvard University.

In total, the prequel trilogy booked box office sales of over $2.5 billion on a budget of $343 million.

Did it make Natalie Portman rich? Well, she is worth some $65 million today, even though she has had numerous leading roles since.

If you’re an actress or a musician, everyone thinks you’re hot.

As mentor to Obi-Wan Kenobi, Qui-Gon Jinn was the character that Liam Neeson took on in Star Wars: Episode I – The Phantom Menace. George Lucas wanted a strong method actor whom other actors would look up to and who had the qualities of strength that Qui-Gon Jinn required. He cast Neeson for the role and Neeson won a Saturn Award nomination for it.

The Phantom Menace was the most financially successful Star Wars films until the 2015 The Force Awakens. Although Neeson did not appear in later installment of the Star Wars franchise, he did reprise the role by voicing the character in the television series Star Wars: The Clone Wars (2008-2014). In 2019, he voiced Qui-Gon in Star Wars: The Rise of Skywalker.

Liam Neeson is a multi-award winning actor who is able to take on very different roles from playing Oskar Schindler in Schindler’s List to action thrillers like Taken.

Liam Neeson is reported to have a personal wealth of some $120 million.

You think your life is going one way and then suddenly, you’re on another track.

Samuel L. Jackson is one of the most popular actors in Hollywood and he has had roles, minor and major in most big blockbusters.

In the Star Wars franchise, Jackson was Mace Windu in the Star Wars prequel trilogy. Windu is a Jedi Master and member of the High Council during the final years of the Galactic Republic. He wields a purple-bladed lightsaber.

Jackson originally appeared in Episode I, II and II of The Phantom Menace, Jackson also reprised his role in the 2008 animated film Star Wars: The Clone Wars. In 2019, in the final battle of The Rise of Skywalker, Windu appeared as a disembodied voice along with other Jedis of the past.

In an interview, Jackson reportedly said he did not know the character he was to play until he was fitted for the costume, although he did later say he was eager to accept any role, just for the chance to be a part of the Star Wars saga.

I get paid all day, every day, which is almost too much for a sensitive artist.

With his starring role as the swashbuckling Hans Solo in 1977, Harrison Ford shot to worldwide fame. While Ford starred in many other films and became recognized for his roles in them, especially the Indiana Jones series and in films like Witness and The Fugitive, it was the Star Wars franchise that he would return again and again to reprise the beloved Hans Solo role over the next 42 years.

In the latest installment, Star Wars: The Rise of Skywalker (2019) Hans Solo reappeared as a vision. Harrison is estimated to have a personal fortune of some $220 million.

To me, success is choice and opportunity. 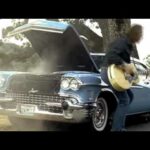 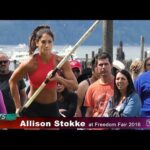