The world is soccer-mad and it is perhaps the only sport that has more than half of the world’s population glued to their TV screens during the World cup. Below are some of the world’s best players and the richest.

Paul Pogba is a French professional soccer player for Manchester United and the French National team. His position is midfield and is also deployed as midfield attacker and defence.

Pogba first joined the youth team of Ligue 1 side Le Havre in 2007 before joining Manchester United some two years later. However, in 2012, he transferred to Juventus where he took the club to four Serie A titles consecutively, in addition to two Coppa Italia and Supercoppa Italiana titles.

While with Juventus, Pogba received the Golden Boy Award in 2013 and the Bravo Award in 2014. In 2016, he was nominated to the 2015 UEFA Team of the Year and the 2015 FIFA FIFPrp World XI after helping Juventus make the 2015 UEFA Champions League Final for the first time in 12 years.

Pogba returned to Manchester in 2016 for a record transfer fee of Euros 105 million at the time. During his first season back with Manchester United, he won the League Cup and the Europa Cup and in the 2018-2019 season, he was nominated on to the PFA Team of the Year.

This young player was born March 15, 1993, and is thought to enjoy an estimated net worth of $85 million, placing him on our list of the top 10 wealthiest soccer players of the world.

Our second player on the list was born on January 7, 1991, and hails from Belgium. He is a winger and attacking midfielder for Real Madrid, and is captain for the Belgium national team. Hazard is known to be fast on the pitch.

At the age of 16, Hazard made his professional debut in November of 2007 when he joined Ligue 1 club Lile. In his first full season as a starter, he won the Ligue 1 Young Player of the Year award. He was the first non-French player to win the award. In the 2009–10 season, Hazard clinched the award again. In the 2010–11 season, his Lille team won the league and cup double, leading him to be named the Ligue 1 Player of the Year. Hazard was accorded the Bravo Award by Italian magazine Guerin Sportivo for his performances during the 2010-11 season.

In June 2012 Hazard signed for English club Chelsea where he won the UEFA Europa League in his first season and was awarded the PFA Young Player of the Year in his second.

After a few seasons of more wins and titles, in 2018, he hit the biggie and he won the FA Cup and was named in the FIFA FIFPro World XI. He won the Europa League again with Chelsea in June 2019, and he joined Real Madrid in a transfer which saw an eye-watering €150 million transfer fee being paid.

This son of two footballers, Hazard is estimated to be worth some $88 million.

Iniesta plays midfield for Vissel Kobe, a Japanese club. He was with Barcelona for most of his career where he captained for three seasons.

Iniesta hailed originally from Mexico and joined La Masia, the Barcelona youth academy at an early age of about 18. He played with Barcelona for about 22 years until 2018 when he signed with Vissel Kobe.

At Barcelona, Iniesta won two historic trebles in 2009 and 2015, and 35 trophies, which included nine La Ligas and four UEFA Champions League titles, making him the most decorated Spanish footballer of all time.

Iniesta has been named in the FIFA FIFPro World XI nine times and was chosen in the UEFA Team of the Year on six occasions. He was nominated to the All-time UEFA Euro XI. He won the UEFA Best Player in Europe Award in 2012 and was named the IFFHS World’s Best Playmaker in 2012 and 2013. Iniesta was runner-up to Lionel Messi for the 2010 FIFA Ballon d’Or and was placed third in 2012.

Andres Iniesta was born May 11, 1984 in Mexico and has reportedly built up a personal wealth of $120 million.

Bale began his professional career at Southampton, playing left-back, during which time he became known as a free-kick specialist. Bale then moved to Tottenham Hotspur in 2007, for an eventual £7 million fee. During his time at Tottenham, he transformed into more of an attacking player. From the 2009–10 season, he rose to international attention during the 2010–11 UEFA Champions League. In 2011 and 2013 he was named PFA Players’ Player of the Year and was named in the UEFA Team of the Year. He was nominated to the PFA Team of the Year three times in a row between 2011 and 2013.

On 1 September 2013, Bale transferred to Real Madrid. News at the time estimated the transfer value to be between €91 million and €100 million. In January 2016, it was revealed by leaked documents that the transfer fee was €100.8 million, more than the previous record fee of £80 million (€94 million) the club paid for Cristiano Ronaldo in 2009.

During his first season at Real Madrid, he helped the club win the 2013–14 Copa del Rey and UEFA Champions League, scoring in both finals. The seasons that followed he won numerous accolades and titles.

He was named Man of the Match as he scored an overhead kick in the 2018 UEFA Champions League Final.

Bale is also a member of his native Wales national team. Born July 16, 1989, he is estimated to have built a personal fortune of about $125 million.

Currently playing forward for Derby County, Wayne Mark Rooney is England’s all-time record goalscorer and the second-most-capped player with 53 goals in 120 international caps. Having played at the 2006, 2010, and 2014 World Cups, he was regarded as the UK’s best player. In fact, he won the title of England’s Player of the Year four times.

Rooney made his professional debut for Everton youth team in 2002 at the age of 16. He spent two seasons at the Merseyside club, before moving to Manchester United for £25.6 million in the summer of 2004 where he won 16 trophies and became the only English player, alongside teammate Michael Carrick, to win the Premier League, FA Cup, UEFA Champions League, League Cup, UEFA Europa League, and FIFA Club World Cup.

Before joining Derby County, Rooney was with D.C. United. Rooney is said to have a personal net worth of some $100 million.

Neymar came to prominence at Santos where he first played professionally at 17 years old. He helped the club win two successive Campeonato Paulista championships, a Copa de Brasil and the 2011 Copa Libertadores.

Neymar was named twice as the South American Footballer of the Year in 2011 and 2012 consecutively, He then joined Barcelona. From Barcelona, he transferred to Paris Saint-Germain for some €222 million, making his transfer fee the most expensive ever.

In France, Neymar won three league titles, two Coupe de France, and two Coupe de la Ligue, which included a domestic treble. He was also voted Ligue 1 Player of the Year during his first season with the French club. Neymar helped PSG attain a domestic quadruple in the 2019–20 season, leading the club to its first-ever Champions League Final.

This Brazilian footballer was born February 5, 1992, and is estimated to have some $185 million in personal wealth.

Ibrahimovic has moved around some of the world’s best football clubs. He started out with Malmo FF in 1999. He left for Ajax some two years later, and then joined Juventus some two years after joining Ajax.

He excelled in Serie A in a strike partnership with David Trezeguet, before joining domestic rivals Inter Milan in 2006, where he won the Capocannoniere (Serie A top scorer) in 2008–09 and also won three consecutive Serie A titles. In the summer of 2009, he moved to Barcelona in one of the most pricey transfers before returning to Italy the following season, to join Milan. With them, he won another Serie A title in the 2010–11 season, before joining Paris Saint-Germain in July 2012. During his four-season stay in France, Ibrahimović won a number of trophies including four consecutive Ligue 1 titles and was the top scorer in Ligue 1 for three seasons. In October 2015, he became PSG’s all-time leading goalscorer at the time. In 2016, he joined Manchester United on a free transfer and won the FA Community Shield, Football League Cup, and UEFA Europa League in his first season. Ibrahimović joined American club LA Galaxy in 2018. Two years after, he rejoined Milan.

This Swedish footballer ranks as one of the best strikers of his generation and is estimated to have built up a personal wealth of $195 million.

Born in Argentina on June 24, 1987, Messi plays forward and is captain of the La Liga club Barcelona and the Argentina national team.

Other than being one of the best players in the world, Messi is also one of the most sponsored athletes, being in addition to numerous other sports brands, the leading brand endorser of Adidas.

He is estimated to have a net worth of a staggering $310 million.

Cristiano Ronald is a footballer for Serie A club Juventus and is captain of the Portugal national team. Along with Messi, he is considered one of the best player in the world, and perhaps the greatest of all time.

Ronaldo has won five Ballons d’Or and four European Golden Shoes, a record for a European player. He has won 30 major trophies in his career, including seven league titles, five UEFA Champions Leagues, one UEFA European Championship, and one UEFA Nations League title. Ronaldo holds the records for the most goals (130) and assists (40) in the history of the UEFA Champions League. He is one of the few recorded players to have played over 1,000 professional games and has scored over 700 senior career goals for his club and national team. He is also the second player to score 100 international goals, and the first European to achieve the feat.

Ronaldo is one of the most recognized athletes and certainly one who has been seen the most in terms of endorsements. He has been listed by Forbes to be the highest-paid footballer in 2016 and 2017 and is the only footballer, as well as only the third sportsman, to earn an estimated $1billion in the course of their career. Ronaldo is said to have a personal net worth of some $450 million.

Faiq Bolkiah plays midfield for the Brunei national team and was recently with Leicester City.

Professionally, Bolkiah represented the Brunei national team at the U19 and U23 levels including at the 2015 Southeast Asian Games. In that tournament, he scored in a 1–2 defeat to Timor Leste. He made his senior international debut on 15 October 2016 in a 2016 AFF Championship qualification match against Timor-Leste where he played the full 90 minutes of a 2–1 victory. 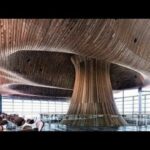