The source of wealth of royal families usually stems from ownership of land. Modern royals have established sovereign and wealth funds as well as investment companies that are professionally run which invests in a plethora of assets and businesses. This is our list of the wealthiest royals in the world, and you will find that two royals in Asia stand out as commanding the greatest wealth.

He was a Bobsleigh Olympian and the Sovereign Prince of Monaco, and head of the Princely House of Grimaldi. This is Prince Albert II of Monaco, who is also an ardent environmentalist, ocean conservationist. He came to the throne in 2005 after his father Prince Albert passed on.

Prince Albert advocates the use of renewable energy to tackle global climate change. His foundation, The Prince Albert II of Monaco Foundation raises funds directly to champion and take action for these causes.

Prince Albert II is one of the wealthiest royals in the world with assets valued at about $1 billion. His assets include about one-fourth of the land he rules over, shares in the Monte Carlo resort and casino, an antique car collection, and a pricey stamp collection.

As of 2021, Prince Albert II of Monaco is estimated to have a net worth of over $1 billion.

When his father stepped down in 2013, Emir Sheikh Tamim bin Hamad Al Thani ascended to the throne of Qatar.

The fourth son of the previous Emir, Hamad bin Khalifa Al Thank, Tamim has held a number of government positions within Qatar and has been an enthusiastic promoter of sports and healthy living in Qatar. He is the youngest monarch in the Gulf Cooperation Council countries.

Sheikh Tamim heads the Qatar Investment Authority board of directors. Under his leadership, the fund has invested billions in British businesses. It owns large stakes in Barclays Bank, Sainsbury’s, and Harrods. The fund also owns a share of Europe’s fourth-tallest building, the Shard.

King Mohammed VI of Morocco is widely regarded as the 5th richest royal in the world and is one of the richest in Africa.

His wealth stems reportedly from his family’s ownership of the Morocco National Investment Company, a private company that invests in other African countries and has businesses in banking, telecommunication, and renewable energy.

Following unrest during the Arab Spring movement, King Mohammed VI introduced a program of reform and passed a new constitution which ensures rights for its citizen, especially women.

As of 2021, King Mohammed’s personal wealth has been placed at between $2 billion to $5 billion.

Among Prince Hans-Adam II assets are ownership of the LGT banking group, and an extensive art collection, much of which is displayed for the public at the Liechtenstein Museum in Vienna.

A graduate of the University of St Gallen in Business and Economic Studies, Prince Hans-Adam officially succeeded as Prince of Liechtenstein in 1989.

He is widely regarded as one of the wealthiest sovereigns in Europe, and as of 2021 is reportedly worth over $4 billion.

He has reigned over Luxembourg since 7 October 2000. He is the eldest son of Grand Duke Jean and Princess Josephine-Charlotte of Belgium and is the first cousin of King Philippe of Belgium.

The Grand Duke’s family is reportedly the second richest royals in Europe with a family net worth of over $4 billion as of 2021.

During his reign, Grand Duke Henri has not caused any controversy apart from the time when he reportedly refused to sign into law allowing euthanasia in Luxembourg.

Responsible for remaking Dubai into a global city, as well as for the launch of a number of major enterprises including Emirates Airline, DP World, and the Jumeirah Group, Emir Sheikh Mohammed bin Rashid Al Maktoum ascended the throne in 2006 after the death of his brother Sheikh Maktoum. He is also Vice President and Prime Minister of the United Arab Emirates (UAE).

Sheikh Mohammed has overseen the development of numerous projects in Dubai including the creation of a technology park and a free economic zone, Dubai Internet City, Dubai Media City, the Dubai International Finance Centre, the Palm Islands, and the Burj Al Arab hotel. He was also the driving force of the construction of Burj Khalifa, the tallest building in the world.

Salman was the deputy governor of Riyadh and the governor of Riyadh for 48 years from 1963 to 2011. He was then appointed Minister of Defense. He was bestowed the title of the Crown Prince of Saudi Arabia in 2012 following the death of his brother Nayef bin Abdulaziz Al Saud.

One of the richest royals of the world, King Salman is as of 2021 estimated to have a personal fortune of about $20 billion.

Sultan Hassanal Bolkiah is one of the last absolute monarchs of the world. The eldest son of Sultan Omar Ali Saifuddien III and Raja Isteri (Queen) Pengiran Anak Damit, he succeeded to the throne as the Sultan of Brunei, following the abdication of his father on 5 October 1967.

After Queen Elizabeth II, the sultan is the world’s second longest-reigning current monarch. On 5 October 2017, the sultan celebrated his Golden Jubilee to mark the 50th year of his reign on the throne.

As of 2021, Sultan Hassanal Bolkiah is thought to have an estimated net worth of $28 billion.

Juan Carlos reigned as King of Spain from November 1975 until his abdication in June 2014.

Juan Carlos is the grandson of Alfonso XIII, the last king of Spain before the abolition of the monarchy in 1931 and the subsequent declaration of the Second Spanish Republic. Juan Carlos was born in Rome during his family’s exile. Francisco Franco took over the government of Spain after his victory in the Spanish Civil War in 1939.

Surprisingly in 1947, Spain’s status as a monarchy was affirmed and Franco was empowered by legislation to choose his successor. Franco chose Juan Carlos as Franco’s successor as head of state.

Since August 2020, Juan Carlos has been in self-exile from Spain over allegedly improper ties to business deals in Saudi Arabia.

Notwithstanding, Rey Emerito Juan Carlos is one of the wealthiest royals in the world, and as of 2021, he is worth about $2 billion.

Vajiralongkorn, King Rama X is not surprisingly the wealthiest monarch in the world. He is the only son of King Bhumibol Adulyadej and Queen Sirikit. In 1972, at the age of 20, he was made crown prince by his father.

Upon his father’s death on 13 October 2016, he did not ascend to the throne of Thailand immediately but asked for time to mourn before taking the throne to show his respect for the previous King.

On the night of 1 December 2016, Vajiralongkorn ascended to the throne as King Rama X. His coronation took place from 4–6 May 2019, even though the Thai government retroactively declared his reign to have begun on 13 October 2016, upon his father’s death.

As of 2021, King Rama X is the wealthiest royal in the world with a net worth of more than $40 billion. 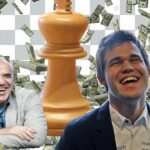