As property developers, they erect structures that hold our imagination, house us, entertain us and create communities where we live and play. The following is a list of the world’s wealthiest real estate tycoons.

FEO’s first project was a residential project in Singapore’s Serangoon Gardens. FEO expanded quickly into the hotel industry and by the 1980s, FEO was the largest private landowner and developer in the country.

When senior Mr. Ng passed on in 2010, sons Robert and Philip Ng formally took over. Robert Ng oversees Sino Group, based in Hong Kong and Philip Ng the Singapore arm. Together, FEO expanded rapidly and launched Far East Hospitality which owns and manages the largest hospitality portfolio by asset value. Included among its prized assets are heritage hotels like The Fullerton Hotel Singapore and Sydney.

The Ng brothers are estimated to have a net worth of $12.1 billion.

Hugh Grosvenor, The Duke of Westminster, inherited and took over the family’s property business when Gerald Cavendish Grosvenor passed on. The Grosvenor Group is a global empire estimated to have over $15 billion in assets under its management. After university, Hugh Grosvenor worked in estate management at Wheatsheaf Investment from 2013 to 2014 and then with the Grosvenor Group for about two years after that. When his father passed on in August 2016, he inherited a wealth of about $13 billion and the family business.

The Grosvenor Group manages and owns real estate assets in 62 cities internationally, which includes residential, hotel, commercial, and shopping centers. One of The Grosvenor Group’s prized properties is in Belgravia Square.

High Grosvenor is estimated to have a personal fortune of some $13 billion.

Controlling a majority of 61% of Chinese Estates Holdings Limited based in Hong Kong, a property investment, brokerage and securities, and money lending firm. The group has projects in Hong Kong, China, and the United Kingdom. The group specializes in high-end commercial and residential properties and invests in different types of real estate assets like retail and office spaces. The group’s properties are all located in prime commercial or residential areas.

Joseph Lau unfortunately is a fugitive after the Macau’s courts rejected his appeal against charges for bribery and money laundering.

Joseph Lau’s personal fortune stands at about $16.1 billion, notwithstanding.

Thomas and Raymond Kwok are the siblings behind Sun Hung Kai Properties, based in Hong Kong. SHK is one of the most significant property developers in Hong Kong and is controlled by the Kwok Family Trust. About 10 years ago, SHK was reputedly the second most valuable real estate company in the world. SHK has a revenue of over HKD 85 billion, develops, owns, and manages a diverse portfolio of real estate. Of note is the International Finance Centre in Hong Kong which was co-developed by SHK Properties. The group also developed the International Commerce Center.

Thomas and Raymond Kwok are estimated to be worth a total of $16.5 billion.

Donald Bren is credited for shaping Orange County into what it is today, and also sometimes said to control with his development how people lived and shopped.

Donald Bren is estimated to be worth some $17 billion.

The Reubens were not also real estate moguls. In the 90s, they invested in Russian metals market and became the third-biggest producer of aluminum.

At its peak, their company, Trans-World Metals, and its associates controlled five-to-seven percent of the world’s aluminum output. The company’s investment in Russia was US$1.5 billion, with global sales in 1995 topping US$8 billion.

When Russia business environment tanked, the Reubens sold their Russian assets and set their sights on the UK, primarily the London property market. Significant real estate assets owned by the Reuben brothers include the Millbank Tower, the John Lewis Partnership headquarters in Victoria, the American Express offices in Victoria, Connaught House on Berkeley Square, and various hotels and commercial buildings.

Over the years, their wealth continued to grow and they are estimated to be worth some $18 billion.

In addition to commercial buildings, hotels, department stores, and cinemas in China, Wanda Plazas are found in much of China’s second and first-tier cities. Outside of China, the group has developments in London, Chicago, Madrid, and Sydney.

Wang Jianlin is reported to be worth approximately $20.2 billion.

The heiress of billionaire real estate developer, Yang Huiyan inherited her wealth from her father when he passed on. Her real estate company Country Garden Holdings is famous for its entire township development in China, Malaysia, and Australia. One of its more renown projects is a Forest City, a mega-development in the southern tip of Malaysia’s Iskandar special region which will cost $100 billion to complete. Forest City will be a smart city and is built on reclaimed land.

Yang has a personal fortune of some $23.4 billion and is the richest woman in Asia.

The Evergrande Group has more than 700 projects across 240 cities in China. This real estate development company is owned by Hui who owns a majority of its shares. The Evergrande Group’s projects are mainly located in China, although it has expanded overseas to countries like Australia.

One of its significant projects under construction is the Ocean Flower Island on the island of Hainan. It is an artificial archipelago with three independent islets and a total area of some 940 acres. The cost of construction is reported to be over $24 billion and will boast a marine park, hotels, music and opera houses, shopping centers, 40 kilometers of coastline, residential housing, and its own commercial streets to name but a few of its attractions.

And the man behind The Evergrande Group, Hui Ka Yan, is reported to have a personal fortune of some $26.8 billion.

Lee has made substantial profits from investing in China stocks, which has earned him the name Hong Kong’s Buffet. With a fortune of $28.6 billion, Lee is the 29th richest person in the world. 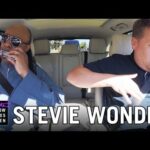 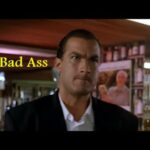