Radio show hosts are like our in-car psychologists. They entertain us, make us laugh; make that terrible traffic jam all that much better. Most of all, they are often very quick off the mark with their commentary on the goings-on of the day in our city. While podcasts have replaced radio shows to an extent, it is often only an extension of this venerable institution. Here’s our list of the most famous, the most interesting, and some of the wealthiest radio show hosts.

Way back in 2004, Howard Stern signed a five year contract for $500 million with Sirius. This made him the highest paid radio host of all time. Fast forward to 2021, Howard Stern is just as relevant and The Howard Stern Show is still going strong. In the New York area, the show was the highest rated morning show from1994 to 2001, and since 2006 has aired on SiriusXM.

In addition to radio broadcast, The Howard Stern Show has been filmed since 1994 and broadcast on various networks, including the E! and CBS television channels. It moved to HowardTV, Stern’s own on-demand digital cable channel from 2005 to 2013. In 2018, SiriusXM launched the Howard 360 app for subscribers to watch video clips of the show.

As of the end of 2020, Stern concluded a five-year deal with SiriusXM to make his show for the satellite radio company until the end of 2025.

Although the terms were not disclosed, Stern was already making about $90 million a year from his previous contract. Stern has reportedly also made a bundle from his stint on America’s Got Talent where he presided as one of the judges from 2012 to 2015.

Ryan John Seacrest is the co-host of Live with Kelly and Ryan, and is also the host of various platforms, like American Idol, American Top 40 and On Air with Ryan Seacrest.

Seacrest received Emmy Award nominations for American Idol from 2004 to 2013, and again in 2016. He won an Emmy for producing Jamie Oliver’s Food Revolution in 2010 and was nominated again in 2012.

Seacrest already makes over $20 million from American Idol, even though in 2015 it was tipped to be the last season. Add this to his other gigs, which easily total over $25 million, this ever-boyish radio host is as of 2021 estimated to be worth $330 million.

Believe it or not, Mr. Seacrest has his own line of Dress Shirts available at Macy’s. We’ve always admired the crisp white shirts he has on hosting American Idol.

A majority owner of media conglomerate Mercury Radio Arts, Beck has accumulated quite a fortune. While he receives about $20 million a year from Mercury, his shares in the company are valued at about $200 million.

Mercury also has revenue from operations in Blaze TV on Dish Network, publishing, an e-commerce arm, not to mention Beck’s radio earnings.

Rush Limbaugh has an audience of over 15 million people on average. With audiences of this size, Limbaugh reportedly takes in an average of about $80 million per year, which makes him the 2nd highest paid radio host in America and one of the most listened to radio shows in America. His show, The Rush Limbaugh Show, broadcasts from over 650 stations.

The show maintains its format from when it was first aired and consists mainly of Limbaugh’s analysis of the news of the day, parody acts, phone calls from listeners and a variety of running comedy.

As of 2021, rush Limbaugh is reported to have a personal wealth of over $600 million.

The Sean Hannity Show is a talk radio show which is broadcast weekly live. The show is syndicated by Premiere Networks and airs from terrestrial radio and Sirius XM Patriot channel. It focuses on politics of the day and its format includes interviews with liberal and conservative commentators, and is behind The Rush Limbaugh Show as the second most-listened to commercial radio talk show.

As of 2021, Sean Hannity is thought to have a net worth of approximately $275 million.

Kyle and Jackie O are the highest rated breakfast radio hosts in Australia. They have halfway through their second contact with KIIS 106.5 in Sydney since departing SCA’s 2Day FM in 2013. Pay out for each of them is reportedly over $5m.

As of 2021, Kyle Sandilands is thought to have accumulated about $6 million in net worth and Sophie Monk Jackie O is estimated to have about $5 million.

An original member of the pirate radio on Radio London, John Peel is a legend within British radio culture and history. In 1976, instead of trying to stop Radio London, BBC gave John Peel his own show.

Since then, he dedicated himself to his true passion; music. He was very open-mindedness with his musical tastes and often supported the pioneering music of the times, even if the mainstream had trouble accepting it.

He loved music from pop to jazz, from soul to punk and even into the burgeoning heavy metal scene in the ’70s through to extreme artists like Napalm Death on his shows in the ’80s.

John Peel left an indelible mark on British radio and was an inspiration to the careers of so many around him, making him one of the greatest radio presenters to ever live.

Kenny Everett was also a member of the original pirate radio presenters who managed to break into the mainstream in 1967.

Like John Peel, Everett was taken on by BBC in 1967 but departed in 1970 after an allegation of an inappropriate joke.

He moved to Capital Radio, where he had a successful career until his untimely death in 1995. Everett was a true pioneer among disc jockeys, widely considered as the DJ that sculpted the modern image of DJs. He enchanted his audience with both technical skill and charming banter. He introduced the idea that you could do it all yourself into the mainstream. Indeed, his willingness to experiment and innovate within the studio is what drew the attention of both audiences and producers when he first started.

As of 2021, this pioneering radio DJ is estimated to have a net worth at the time of his death of some $2 million. He was born Maurice James Christopher Cole.

In her younger days, she partied hard and often swore on air, which in the early 90s was still a no-no. Notwithstanding, she currently holds the coveted position of being the BBC’s second-highest-paid talent, behind Gary Lineker, earning a salary of around £1.3 million a year. Even though she has been criticized for her ratings after taking over from Chris Evans in 2019, she still commands an audience size of over 8 million listeners.

During his time, the late Terry Wogan was regarded as the most listened to radio presenter in all of Europe, attracting an audience size of up to 8 million people. Although Wogan moved into television in the late 70s, he returned to radio full time in 1992 with his legendary BBC Radio 2 show Wake Up to Wogan.

Wake Up to Wogan was the first thing people in the UK would hear on the radio in their car or kitchen before work, and Wogan’s brand of humor and easy personality made him the favourite for people looking to start their day positively.

Although Wogan sadly passed on in January of 2016, his legacy as one of Britain greatest radio show host and television host will live on. 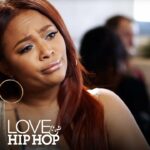 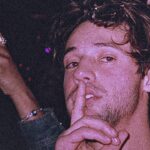