Politicians are public servants and they do not become wealthy from holding office. However, there have been quite a few billionaires who have taken time out of their businesses to run for office. Here’s our list of some of the world’s richest politicians or ex-politicians, and we have listed them in no particular order.

Sebastian Pinera, the sitting President of Chile, was a successful businessman before he ran for office.

His main wealth was reportedly earned from a credit card company called Bancard which he founded in 1976. Over the years, his wealth grew with investments he made, like his stake in LAN, the Chilean airline, which he disposed of for $1.5 billion in 2010 when he became President of Chile for the first time.

Pinera, born December 1, 1949, studied business engineering at the Pontifical Catholic University of Chile and economics at Harvard University, USA. He holds an MA and a PhD from Harvard, having gone there on a partial Fullbright Program.

He is a member of the right National Renewal party, having served as a senator for East Santiago district from 1990 to 1998, when he ran for the presidency in the 2005 election but lost to Michelle Bachelet. He was, however, successful in 2010 where he served his first term. In 2018, he won again and began his second term as President.

Pinera once owned 90% of Chilevision, 27% of LAN Airlines, 13% of Colo-Colo, a football club. In 2010, when he first ascended to the Presidency, he had to dispose of his ownership in Chilevision and LAN Airlines.

President Sebastian Pinera is the first conservative president to be democratically elected and the first to hold office since Augusto Pinochet who stepped down in 1990.

In 2020, President Sebastian Pinera is estimated to have a net worth of $2 billion.

Life is tough – and you have to be tougher than life to change the world.

Having entered politics only in 2012, Andrej Babis didn’t just join one of the two traditional Czech Republic’s political parties, the Civic Democratic Party or the Czech Social Democratic Party, he formed his own party the ANO 2011 which emerged as the largest party following the 2017 election.

Prior to entering politics, Babis was a businessman who owned Agrofert, a holding company that controls over 200 companies doing business in sectors from agriculture to renewable. Babis got his start in business as a fertilizer trader when he worked in Morocco, and where he gained experience in foreign trade.

Notwithstanding allegations of wrong-doing, Andrej Babis remains a hugely popular figure in Czech Republic and has accumulated an estimated net worth of some $3.5 billion as of 2023.

Saad El-Din Rafik Al-Hariri was Prime Minister of Lebanon from 18 December 2016 until 21 January 2020. He was the second son of former Lebanese Prime Minister Rafik Hariri who was assassinated in 2005. Leader of the Future Movement since 2005, Hariri is widely seen as the “strongest figurehead” of the March 14 Alliance. Saad Hariri had been prime minister before from 2009 to 2011.

Saad Hariri’s father Rafik Hariri was a billionaire who owned Saudi Oger, one of the biggest construction companies in Saudi Arabia. Saad inherited a stake in Saudi Oger. Prior to entering politics, Saad Hariri was chairman of the executive committee of Oger Telecom which owns Turk Telekom.

Born April 18, 1970 in Saudi Arabia, Saad Hariri studied in the US and received a degree in business administration from Georgetown University. He speaks English, French and Italian.

As of 2023, Saad Hariri is estimated to helm a personal fortune of $1 billion.

Petro Poroshenko, also known in business as the “Chocolate King”, served as the 5th President of Ukraine from 2014 to 2019. Before that he was Minister of Foreign Affairs from 2009 to 2010 and Minister of Trade and Economic Development in 2012. From 2007 to 2012, he was the head of the Council of Ukraine’s National Bank.

In business, Poroshenko is the owner of various assets, the most famous of which is Roshen, a huge confectionery company. He also owns the TV news channel 5 kanal. His businesses range from manufacturing and agriculture to finance and media. Poroshenko started in confectionery by selling cocoa beans and went on to acquire several confectionery facilities and grouping them under the Roshen banner in 1995.

Petro Poroshenko was born on September 26, 1965, and earned a degree in economics from the Kyiv State University in 1989.

My favorite job is Petro Poroshenko.

Silvio Berlusconi served as Italy’s Prime Minister in four governments during his time in office. He was Prime Minister during various periods, the earliest from 1994 to 1995, then from 2001 to 2006, and from 2008 to 2011, a total of nine years.

In his tenure as Prime Minister, he was known for his populist political style and straight-talking personality. In business, Berlusconi is the founder and majority owner of Fininvest, a media group. Berlusconi created the first and only Italian commercial TV empire. Berlusconi was credited for importing many popular American TV shows into Italy through Fininvest. Other than Fininvest, Berlusconi also has stakes in publishing and banking firms.

Born on September 29, 1936, in Milan, Silvio Berlusconi studied law at the Universita Statale in Milan, and graduated with honors.

As of 2023, Berlusconi is thought to be worth $5.5 billion, a fortune he shares with his five children.

We all say no to war, we are all for justice and peace. But sometimes in order to maintain peace, armed action is necessary.

Michael Bloomberg needs no introduction owing to the global renown of the financial information and media company Bloomberg LP which he cofounded in 1981.

Born on February 14, 1942, Bloomberg was the mayor of New York City from 2002 to 2013. He was also a presidential candidate in 2020 Democratic presidential primaries.

A graduate of Johns Hopkins University and Harvard Business School, he began his career at the securities brokerage firm Salomon Brothers before forming Bloomberg LP in 1981.

He was elected the 108th Mayor of New York City in 2001 and held office for three consecutive terms until 2013. In 2014, he re-assumed his role as CEO of Bloomberg.

As of 2023, Michael Rubens Bloomberg is estimated to have built a fortune of some $80 billion.

In April of 2019, Terry Gou announced that he would run in the Kuomintang primary for the 2020 presidential election of Taiwan. Although he finished second with about 27.7% and was offered the top position on the Taiwan People’s Party for the 2020 legislative election, he declined the offer.

In business Terry Gou is known globally for the tradename of his company Foxconn, which is the world’s largest electronics contract manufacturer, whose top customers include Apple. Foxconn employs around a million people. Foxconn’s main manufacturing facility is located in Shenzhen, mainland China and is more of a campus which has housing, medical care, and even burial services and sites for employees.

Born in Taipei County on October 18, 1950, Terry Gou was the second child of his family and received education up till post-graduate studies.

Manuel Bamba Villar Jr. is a Filipino billionaire business and senator of the Philippines Senate.

Villar entered politics in 1992 when he was elected congressman for the district of Las Pinas-Muntinlupa and later became the speaker of the House of Representatives. In 2001, he was elected Senator and served as Senate President from 2006 to 2008.

He ran for the Nacionalista Party in the 2010 presidential election which was won by Benigno Aquino III.

In business, Manuel Villar is the chairman of Vista Mall, one of the Philippines largest mall operators. He is also chairman of Philippines’s largest homebuilder, Vista Land & Landscapes. Recently in 2019, he took his home improvement chain AllHome public.

Born on December 13, 1949, Manuel Villar went to the University of Philippines-Diliman and received a bachelor’s degree in business administration in 1970.

As of 2023, Villar is estimated to have built a personal wealth of $6.9 billion.

Donald Trump became the first billionaire president of the United States in January 2017. His fortune comprises buildings in and around midtown Manhattan in New York City. Trump also owns golf courses and wineries.

Born June 14, 1946, Donald Trump is the 45th president of the United States, having won the 2016 presidential election, competing against Hillary Clinton.

In business, Donald Trump was a businessman and TV personality with his own popular show called The Apprentice. Trump’s father who was in the property development and construction business built the family’s initial fortune selling affordable housing in Queens and Brooklyn. Trump attended Fordham University, and later switched to the Wharton School of the University of Pennsylvania, graduating with a degree in economics.

In 1971, he took over his father’s real-estate business and renamed it The Trump Organization and expanded operations into Manhattan, building and renovating skyscrapers, hotels, casinos, and golf courses.

As long as you’re going to be thinking anyway, think big.

Jindal was elected in 2005 to the Haryana Vidhan Sabha from Hissar constituency. This position was earlier represented by her late husband Sh. O.P. Jindal for a long time. In 2009, she was re-elected to the constituency and made the cabinet minister in the Haryana Government in October of 2013. Today, Savitri Jindal continues with much of the public work started by her late husband.

Savitri Jindal was born on March 20, 1950 and holds a diploma. She is the Chairperson of the Jindal Group which is a conglomerate for steel, power, mining, oil and gas. The Jindal Group was founded and built by Savitri’s husband before she took over after his accidental death.

Savitri Jindal is the richest woman in India, and as of 2023, is thought to have a personal net worth of some $3.5 billion. 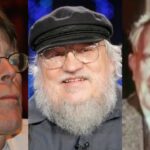 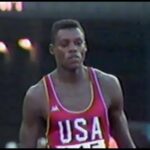