According to PricewaterhouseCoopers, advertisers were forecast spend up to $700 million on podcasts in 2019 alone. Here is our list of the richest podcasters.

In 2020, the five top-earning podcasters earned an aggregate of over $70 million alone from their main podcasts. Here’s our list of the most popular and richest podcasters of 2021.

Prior to launching his podcast The Joe Rogan Experience, Joe has been a television actor, and a mixed martial arts expert commentator. Some of us may remember him as the host of Fear Factor.

He launched his signature podcast in 2009 with comedian Brian Redban. Jamie Vernon took over Brian’s role in 2013 and by 2015, The Joe Rogan Experience became one of the world’s most popular podcasts, receiving millions of view per episode.

The podcast started with the hosts interviewing friends and grew to include guests from the political arena, celebrities, authors, journalists, video game designers, musicians, athletes, and businesspeople.

As the podcast show grew, it’s a platform also grew and episodes were available on YouTube and Spotify.

With The Joe Rogan Experience, which is a homage to Jimmi Hendrix, Rogan became rich and famous.

As of 2021, Joe Rogan is estimated to have built a net worth of a staggering $100 million.

In 2016 Karen Kilgariff, a writer, television producer, comedian, and actress started the true-crime comedy podcast My Favorite Murder along with Georgia Hardstark.

In 2018, she and Hardstark co-founded the podcast network Exactly Right. Along with Hardstark, Kilgariff wrote the non-fiction book Stay Sexy and Don’t Get Murdered, released on May 28, 2019.

My Favorite Murder debuted at number 25 on iTunes podcast charts and on April 27, 2018, it peaked at number 3. Since then, the duo’s true crime empire has grown to over 35 million downloads a month and 40 live shows a year.

As of 2021, Karen Kilgariff is thought to have a net worth of $20 million and Georgia Hardstark a similar sum of $20 million. My Favorite Murder makes a revenue of about $15 million per year. The duo has signed a development deal with Stitcher worth about $10 million.

The Dave Ramsey show talks about basic finance issues that are bread and butter to ordinary folks. It is one of the most listened to shows for that reason. It has over 13 million listeners each week.

Ramsey reaches beyond dollars and cents to understand the emotional and sometimes spiritual levels of his listeners to help them with money issues, and also to impart common sense money-savvy tips.

Dispensing common sensical money advice has made Dave Ramsey quite wealthy, and as of 2021, he is reported to have an estimated net worth of $200 million.

The host of Armchair Expert, a podcast that interviews celebrities, journalists, and academics about the “messiness of being human”.The podcast has featured celebrities like Claire Danes and experts like Dr. Sanjay Gupta.

The podcast premiered on February 14, 2018, with Shepard’s wife, actress Kirsten Bell, as the first guest. It appeared on Vulture’s list of 2018’s best comedy podcasts. Shepard and Padman have also taken their podcast on the road, filming episodes in front of live audiences. The podcast show attracts a monthly audience of some 20 million and up to 4000 live audience when it takes on a live show format.

As of 2021, Dax Shepard is estimated to have a personal fortune of $40 million.

Bill Simmons is the founder of the sports and pop culture website The Ringer which he launched in 2016. The site was run as part of the Bill Simmons Media Group which he established in the fall of 2015.

He first became popular with The Boston Sports Guy, a website he established. Recruited by ESPN, Simmons became a known host of television, radio, podcast host, sportswriter, and analyst.

Simmons wrote for Jimmy Kimmel for a while (from 2003 to 2004) for Kimmel’s late-night show, but left to concentrate on his writing.

The Bill Simmons Podcast is one of The Ringer’s 35 shows and has been on Apple’s top 25 podcasts for the last couple of years. The podcast features conversations and interviews with Hollywood personalities, professional athletes, other media pundits, old friends, and family.

As of 2021, Bill Simmons is estimated to be worth some $100 million, noting that in early 2020, Simmons announced the sale of The Ringer to Spotify for approximately $200 million.

WTF with Marc Maron is the signature podcast of Marc Maron who is also a stand-up comedian and actor.

Launched in 2009, WTF with Marc Maron is a weekly podcast and radio show. The show is produced by Maron’s former Air America co-worker Brendan McDonald. In early 2011, the show started to draw attention from articles written about it in various newspapers including The New York Times.

With a reach of over 250,000 downloads per episode, this humorous podcast is one of the most successful. Advertising campaigns have added greatly to his profits, which are estimated at roughly $30,000 per episode, or about $1.5 million per year.

As of 2021, Marc Maron is thought to have made a personal fortune of over $4 million.

Chapo Trap House is a humor podcast centered around American politics. The podcast first started in March of 2016, with Will Menaker, Matt Christman, Felix Biederman, Amber A’Lee Frost, and Virgil Texas hosting it. The special feature of this podcast is known for its “laugh my az off” commentary, a nod to its hilarious hosts.

The podcast is strongly associated with the dirtbag left, a term coined by Frost to refer to a style of contentious left-wing political discourse that puts aside civility for a more direct speaking style, which some may find vulgar. The show’s creators published The Chapo Guide to Revolution in August 2018, with the book debuting at number six on The New York Times Best Seller list.

This podcast earns most of its money from patrons (fans who support their favorite podcasts). As of 2020, they have over 34,000 patrons, donating about $1.8 million per annum.

As of 2021, each of the Chap Trap House host is estimated to have a net worth of about $1 million.

The host and producer of the radio and television series This American Life, Ira Glass has participated in other National Public Radio programs, such as Morning Edition, All Things Considered, and Talk of the Nation.

As a radio and television presenter, he has won various awards. This American Life is a weekly hour-long radio program produced in collaboration with Chicago Public Media. It is broadcast on numerous public radio stations in the United States and internationally and is also available as a free weekly podcast. The first episode aired on November 17, 1995, under the show’s original title, Your Radio Playhouse. The podcast focuses largely on the works of journalists, authors, and performing artists.

The podcast reportedly brings in about $2.6 million a year. With an estimated 5 million weekly listeners, it is one of the most popular American radio shows. Guests have included Dave Eggers, David Sedaris, Tobias Wolff, and Michael Chabon.

As of 2021, Ira Glass is thought to have a net worth of approximately $5 million.

Terry Gross’ Fresh Air is a radio interview show produced by NPR which debuted in 1975. As of the current date, it still has a faithful following.

Gross researches her guests extensively before they appear on the show, and she is known for her warm empathetic style.

Some of the most notable episodes include guest appearances from the likes of Gene Simmons, Bill O’Reilly, and Hillary Clinton. With 5.5 million weekly listeners, Fresh Air is one of the more successful podcasts today, commanding a revenue of approximately $3 million.

Aaron Mahnke is the creator, producer, and host of the hit podcast Lore (Best of iTunes 2015 & 2016), Executive Producer of the Lore television show on Amazon (from the producers of The Walking Dead), and author of The World of Lore book series (Penguin Random House / Del Rey).

Lore is about things that are scary and spook, and deals with the roots of scary folklore tales.

This bi-weekly podcast has over 5 million monthly listeners and is a top-rated horror-themed podcasts. With advertising campaigns and a recent collaboration with HowStuffWorks, Lore makes about $6 Million profit per year. 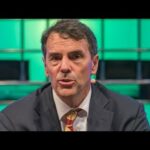