If you would like to know who some of the wealthiest businessmen and women are in Asia, this list is for you. Not only will you learn about the businesses that they are in, but you will also glean from this summary how they made it to the world’s billionaire list.

Since March 2020, Jio Platforms Ltd has received a staggering $16.5 billion in investment. Jio is the digital arm of Mukesh Ambani’s Reliance Industries. Reliance is one of India’s and Asia’s most valuable companies. Shortly after the investment into Jio, the shares of Reliance jumped, making Mukesh Ambani the wealthiest man in Asia, with a net worth of some $82 billion.

In 2020, Ambani has outpaced Jack Ma to clinch the position as Asia’s wealthiest man. He is also the only person from Asia to be on Bloomberg Billionaires Index as of 2021.

Born April 19, 1957, Mukesh Ambani is the Chairman and managing director of Reliance Industries Ltd., a Fortune Global 500 company. Ambani is not just the 6th richest person in the world according to Bloomberg, he is also entirely self-made, coming from a working- class family who ran a business trading spices and textiles. Ambani was born in Yemen (then called Aden, a British Crown colony) and returned with his family to India a year after his birth.

Reliance was started by Ambani’s father which at the time a small but growing enterprise. Ambani dropped out of Stanford University where he had enrolled to study for an MBA to go back to India to help his father build Reliance. Over the years Ambani helped build Reliance from a textile trading company to a manufacturer of specialty textiles and yarns to a multinational company with a diversified portfolio which spans textile manufacturing, power generation and distribution, financial services to telecommunications and e-commerce.

With a net worth of approximately $40 billion as of 2021, Jack Ma, the founder of Alibaba is reportedly the second wealthiest person in Asia. Although outpaced by Mukesh Ambani for the top spot, Jack has since 2019 stepped down as executive chairman of Alibaba and has been putting in more time on his philanthropy work. Jack is ranked the 20th wealthiest person in the world by Forbes and was named one of Asia’s Heroes of Philanthropy in 2019 for his work supporting underprivileged communities in China, Africa, Australia, and the Middle East.

For guy who took tourists around his native Hangzhou, China, to practise his English, he has certainly come a long way from his humble beginnings.

Alibaba was founded by Ma around 1999 with an initial capital of about $80,000, and within Ma brought in investments of $25 million in two rounds of fund raising, which led eventually to a $1 billion investment from Jerry Yang, Yahoo’s co-founder.

Until he stepped down in 2019 as chairman and managing director of Henderson Land Development, Lee was firmly in control of his company. Lee’s fortune jumped with the rise in valuation of his stock holdings of China companies. He is sometimes referred to as Hong Kong’s Warren Buffet.

Henderson is a property conglomerate with businesses in property, hotels, restaurants and internet services. Henderson’s core business is in property development. It is listed on the Hong Kong Stock Exchange and is a constituent of the Hang Seng Index.

Born into China when the Communist state was established, Xu worked in jobs like a warehouseman in his home village and a cement production factory. When the cultural revolution ended in 1976, Xu studied at the Wuhan Institute of Iron and Steel (now known as the Wuhan University of Science and Technology).

After university, he worked his way up in several companies before moving to Shenzhen in 1992. At the time, Shenzhen was the new special economic zone of China, and its proximity to Hong Kong gave the city a lot of advantages in the flow of capital and talent. In 1997 Xu moved to Guangzhou where he founded the Evergrande Group a property developer. At the time, China and its property sector were growing at an astounding speed and a new apartment was every new middle-class Chinese citizen’s dream. As of 2018, Evergrande was the world’s most valuable real estate company with sales exceeding 466 billion in RMB. Evergrande is listed on the Hong Kong Stock Exchange having raised in its IPO some $722 million.

As with most property developers, Xu announced in 2019 a three-year investment in electric cars worth some $6.4 billion, diversifying away from traditional property development.

Commanding an estimated net worth of $22 billion, Xu is as of 2021 the fourth wealthiest person in Asia and the 31st wealthiest in the world, according to Forbes.

Long before the arrival of the newly minted billionaires of new China, Li Ka-shing had long been known in Asia and the world over as the billionaire property tycoon of Asia. Born in 1928, Li had to leave school before he was 15 years old to work and support his family.

Known for his frugality and no-frills lifestyle, Li lived in the same house in Deep Water Bay, Hong Kong for decades. He is also known to spot functional and inexpensive attire, like simple black dress shoes and a Seiko wristwatch as his only accessory.

Li’s company, Cheong Kong Holdings (which he founded in 1950), has been a Hong Kong Stock Exchange listed company since 1972 and makes up about 5% of the total capitalisation of all companies listed on the HKSE.

Cheong Kong Holdings started out as a property developer in the seventies and has since grown into a multi-enterprise company with businesses from transportation, real estate, financial services, port operator, retail to health and beauty.

Li is also a well-known and beloved philanthropist. He is chairperson of the second biggest private foundation after Bill and Melinda Gates. Li donates very generously to charities and over causes.

With an accumulated wealth of about $21 billion as of 2021, Li is one the wealthiest persons in Asia, and the world.

He Xianjian
Net Worth: $21 billion

Known as the King of electrical appliances, He Xianjian is the founder of the Midea Group which is not only an electrical appliances manufacturer employing over 130,000 people in China and elsewhere. While initially not as well known as other household brands in consumer electronics like Toshiba and Electrolux, through a series of acquisition, Midea has since acquired Toshiba’s home appliances business and Electrolux’s Eureka brand and business for floorcare. Midea Group is listed on the Shenzhen Stock Exchange since 2013 and is listed on the Fortune Global 500 since July 2016.

He made headlines in June 2020 when criminals broke into his home and kidnapped him. Fortunately, his son managed to escape and notified the police who eventually rescued He.

Helming an accumulated wealth of approximately $21 billion as of 2021, He Xianjian ranks as the 6th wealthiest person in Asia.

Yang is a businesswoman and owner of Country Garden which her father transferred to her in 1997. Country Garden is a property development company based in Guangdong, China and is owned by the Yang family.

Country Garden was listed in 2007 on the Hong Kong Stock Exchange which made billionaires of its five Yang family shareholders, including Yang Huiyan.

In 2007, she was declared the richest woman in Asia by Forbes magazine with a net worth then of $16 billion.

In 2016, Country Garden Holdings, announced that it was investing some $40 billion in a new project in Iskandar, called Forest City which when completed will have up to 700,000 apartments and homes on a piece of reclaimed land.

Commanding a total personal wealth of approximately $20 billion as of 2021, Yang is currently the seventh wealthiest person in Asia. Yang is a graduate of the Ohio State University with a Bachelor of Arts/Science.

From selling kitchenware and clothing at a JUSCO supermarket, joining his dad’s tailoring shop to opening his first Uniqlo store in Hiroshima in 1984, Tadashi Yanai (born February 7, 1949) has come a long way. Today, Uniqlo has over 1700 shops globally employing nearly 45,000 people.

Uniqlo is known for its high-quality high street fashion apparel and strong product innovation like their “HeatTec” fabric.

A graduate of Waseda University, Japan, Yanai is not only a billionaire-businessman, he is also a published author of two books: One Win, Nine Losses (1991) and Throw Away Your Success in a Day (2009), which sums up his philosophy in life and business.

Estimated to have a net worth of $19.7 billion as of 2021, Tadashi Yanai is placed eighth among the richest in Asia and ranks as the 41st richest in the world by Forbes.

Masayoshi Son is the founder and CEO of Softbank Group Corp. Softbank is a Japanese multinational conglomerate holding company based in Tokyo. Softbank invests in numerous technology, energy and financial companies. It also owns Vision Fund, the world’s largest technology-focussed venture capital fund with over $100 billion under management.

Masayoshi Son was born August 11, 1957 in Tosu, in the eastern part of the Saga Prefecture on the island of Kyushu, Japan.

He moved to California when he was barely 16 and finished his schooling there, graduating from University of California, Berkeley with a degree in economics and a minor in computer science.

Son was always an innovator, creating an electronic translator which he sold to Sharp Corporation for $1.7 million and then went on to make another $1.5 million from used video game machines which he imported from Japan and installed in dormitories and restaurants.

With a personal fortune of approximately $16.5 billion as of 2021, Masayoshi Son is in the top 10 richest persons in Asia and is ranked the 32nd on the Forbes list of The World’s Billionaires 2020 edition.

Wang Wei is the founder and owner of SF Express (Group) Co., Ltd, the second largest courier company in China. Based in Shenzhen, Guangdong province, SF Express boasts a fleet of 50 cargo aircraft and provides domestic and international express delivery.

Born in Shanghai, China in 1971, his family moved to Hong Kong where he finished secondary school. He did not attend university but worked in the manufacturing industry after secondary school.

Wei’s foray into the courier business started in the 1990s when factories needed to send samples to Hong Kong buyers quickly but often faced shipping delays. He saw an opportunity and formed ShunFeng Express as a small courier service with only six employees. SF grew and as of 2021, it employs over 400,000 people.

Wang Wei has accumulated a personal wealth as of 2021 of $15 billion. 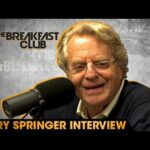