10. The Amazing Johnathan
Net Worth: $10 million

John Edward Szeles or as he would self-describe, the Freddy Krueger of Comedy, The Amazing Johnathan on stage, is a part comedy and part magic show.

Szeles uses gore and some pretty neat illusions to entertain his audience, usually choosing to focus on one audience member.

His illusion is expectedly full of gore, like eating his own eye-ball hang down from its socket or cutting his wrist or skewering his own tongue. He mixes his illusions with comedy and usually has the audience laughing so hard they don’t know whether to avert their eyes or watch and laugh…

Szeles has performed on and off in regular shows in Las Vegas. He is thought to have accumulated a net worth of some $10 million.

Hans Klok has perhaps the largest audience for his magic show. In 1994, performing for the first time along the Strip in Las Vegas, his NBC produced show was broadcast live from Caesars Palace to over 60 million people. During the 2006 FIFA World Cup in German, some 500 million football fans from 152 countries saw Klok make 18-carat gold World Trophy appear out of thin air in a glass cage.

As of 2023, Klok has a regular spot at the Excalibur Hotel and Casino in Las Vegas. Hans Klok has an estimated personal wealth of $15 million.

Those who don’t believe in magic may never find it.

With a career that has spanned more than four decades, Geller is well-known for his spoon bending illusions. Geller’s performances use illusions and magic tricks to blur the lines between psychokinetic powers and regular illusions. Other magicians have tried to call out Geller by saying his so-called psychokinesis can be duplicated by regular principles of magic tricks.

Apparently, in 2019, Geller wrote to the previous British Prime Minister, Theresa May saying that he would telepathically stop her from leading Britain out of the European Union.

We estimate Uri Geller to have a personal fortune of some $20 million.

I believe in past lives but I know nothing about mine and I don’t want to know. I live in the present, taking one day at a time.

From Buried Alive (1999) to his Ascension (2020) feat which was live-streamed, David Blaine reached a height of some three miles above sea-level lifted only by balloons without any special protective clothing and breathing from an oxygen valve from time to time slipped into his harness and then dropped back to earth on a parachute.

David has performed extreme stunt special since 1999 when he performed Buried Alive.

David is estimated to be worth $30 million.

We are all capable of infinitely more than we believe.

You may not know it, but Neil Patrick Harris is also a magician. He has served as President of the Board of Directors of Hollywood’s Magic Castle. Harris won the Tannen’s Magic Louis Award in 2006 and hosted the 2008 World Magic Awards on October 11, 2008.

He has performed various tricks for celebrities like making a two-dollar bill for Oprah and bending a spoon on “ELLEN”.

Although a magician, Neil Patrick Harris built a lot of his net worth from his acting career. He is thought to be worth about $35 million.

I enjoy being a hyphenate. I’ve always thought of my career as a plate spinner in the circus.

AS of 2018, Angel moved into a new theatre at the Planet Hollywood casino in Las Vegas for his new show.

Criss Angel Mindfreak the show has been lauded by numerous TV stations and media.

Angel is thought to be worth as much as $45 million.

When the mind, body, and spirit work together, I believe anything is possible.

Before signing a record-breaking contract at the Monte Carlo Resort in Las Vegas back in 1994, Lance Burton had already established himself as one of the best magicians in the world.Burton won the FISM (Fédération Internationale des Sociétés Magiques) competition in Lausanne, Switzerland, the pinnacle of magic excellence in 1982.

He was the youngest person to ever do so (and was also the first American to take home the honor). Though now retired since 2010 from performing full-time after about 31 years, Burton was mainly a stage performer, although he has also appeared in various TV shows. He is estimated to have accumulated a personal net worth of $70 million.

I have no idea what’s next. I simply don’t have a clue.

Known as the most famous magician of all-time, this duo of magicians and entertainers are famous for their white lions and tigers.

Until Roy’s injury in 2003 when he was bitten on the back of his neck by their white tiger, Montecore, which effectively ended his career, the duo performed at the Mirage Resort and Casino which became known as the most-visited show in Las Vegas. The duo who are a couple performed 22 years on the Vegas Strip.

On September 23, 1999, Siegfried and Roy’s names were added onto the Hollywood Walk of Fame.

They are thought to be worth $100 million.

To make others believe what you want them to believe, you must first believe it yourself.

The duo has been featured in numerous stage and television shows such as Penn & Teller: Fool Us. They currently have a show at The Rio in Las Vegas, the longest-running headliners to play at the same hotel since 2001.

Penn Jillette is the performance’s orator and raconteur, while Teller performs through mime and non-verbals, though he sometimes speaks during their live shows and television appearances, such as their own television show Penn & Teller: Bullshit!

The duo has appeared in movies, in television specials, and in numerous guest appearances on various programs. Their show takes off on the idea that they hate the magic they perform, even though it is what they make their living doing. For most of their tricks, they will reveal how it is done, but their audience then realizes that even after they’ve been told how it is done, they become more perplexed at how it was done.

The duo has built up an incredible $300 million during the course of their long career.

Sometimes magic is just someone spending more time on something than anyone else might reasonably expect.

Perhaps the greatest magician of this century, David Copperfield is also the most commercially successful. His shows in total have grossed over $4.5 million and after 40 years, he is still going strong.

David Copperfield’s performances are cantered on grand illusions. His most famous trick was making the Statue of Liberty disappear in 1983 in front of tourists and millions watching at home. Another of his famous illusions was to make a crowd of audience disappear and then reappear at the back of the theatre. In 2018, Copperfield was sued by one such participant for injuries suffered as a result of the trick. While the court eventually ruled that Copperfield although found negligent was not financially responsible for the British tourist’s injuries. Copperfield has been performing this illusion for 20 years without any mishap.

When he is not performing, David manages his chain of eleven resort islands in the Bahamas, which he calls “Musha Cay and the Islands of Copperfield Bay”.

David Copperfield is worth an incredible $1 billion.

The real secret of magic lies in the performance. 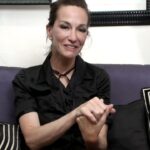 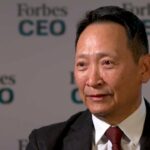