Comic books artists had a revitalization when superhero movies became extremely popular, and the idea of needing a superhero amongst our midst entered our psyche. Here’s a list of some of the best graphic novel artists, and certainly some of the wealthiest.

Those who have seen 300 but are not graphic novels or comic books fans will no doubt agree that this epic period action film based on the 1998 comic series by Frank Miller is a visual feast. Superimposed with chroma key technique, the film version replicated the imagery and textural feel of the original comic series.

Frank Miller’s breakout illustration was Daredevil #158 was the final episode of an ongoing series by Roger McKenzie and inked by Klaus Janson. After #158 was issued, Miller quickly became a rising star at Marvel.

Miller has been a comic book writer and inker since 1978 and has been cover artist for over 69 comics. He’s been credited as having built an estimated net worth of some $15 million.

Sometimes the solitary voice can be the best one.

Best known for his work on Dr. Slump and Dragon Ball, this Japanese manga artist has sold over 350 million copies worldwide.

The anime adaptations of Dragon Ball have been even more successful, being credited as the biggest cross-over to the West, and bringing to this Japanese artform a new and wider audience in the West. Dr. Slump tells the story of a little robot girl, her creator, Senbei Norimaki, and the residents of an unusual village called Penguin Village, while Dragon Ball inspired by Chinese folklore, Money goes West, is about the character Son Goku who met Bulma, a teenage girl and together they embark on a quest in search of magical orbs that are able to grant wishes.

Born April 5, 1955, Akira Toriyama has created and illustrated over 40 mangas in his career. Toriyama is estimated to be worth $30 million.

Inducted into the Will Eisner Award Hall of Fame in 1994 and the Jack Kirby Hall of Fame in 1995, Stanley Marin Lieber was Marvel’s creative leader for two decades. He has often been credited with making Marvel’s superheroes more natural and realistic, rather than the perfect archetype they were in the 50s. Lee’s superheroes were human in many ways as they were prone to jealousy, melancholy, bad temper, vanity, and even fought amongst each other.

He also created a comics fan and creator community where regular news about creators and upcoming storylines were made available on the Bluepen Bulletins, the news and information page of a comic book. Lee also included a credit panel on the splash page of each story, crediting not just the writer, but also the penciller, the inker, and the letterer.

Together with others at Marvel, Lee co-created numerous superheroes including Spider-Man, the X-men, Iron Man, Thor, Black Panther, and Ant-Man. He also created other fictional characters like Dr. Strange and Namor the Sub-Mariner.

Sadly, he passed on in 2018. At the time of his death, Stan Lee was estimated to have a personal fortune of some $40 million.

I have always included minority characters in my stories.

David Choe isn’t just a fine-art artist, in the graphic novels arena, Choe works with a list of clients from Marvel and DC Comics to Levi’s and Vanity Fair.

Born April 21, 1976, Choe’s most famous graphic novel, Slow Jams which he initially self-published and reportedly gave away at Comic-Con 1998. He then submitted Slow Jams for an Xeric Grant in 1999 and received $5000 to self-publish a second expanded edition of 1000 copies with a cover price of $4. Today Slow Jams could sometimes fetch upwards of $2,000 per copy if it’s signed by Choe.

Much of David’s wealth could possibly be traced to the murals he was commissioned for at Facebook’s offices for which he took shares as payment. As at the eve of Facebook’s 2012 IPO, his shares were valued at $200 million. We, therefore, estimate the David Choe has built up an estimated net worth of at least $150 million.

Tom McFarlane rose to comic books fame for his work on The Amazing Spider-Man in the 90s. His depiction of Spider-Man had more details; he gave Spider-Man’s aerial swinging more dynamic poses, and as for the character itself, McFarlane enlarged Spider-Man’s eyes behind the mask. Spider-Man’s webbing was also given more details and one could see more individual strands than before, which was later dubbed “spaghetti webbing”.

McFarlane was also the first artist to draw in full Venom, and he updated Spawn. Another difference with McFarlane was that he started to negotiate for and owns the characters he created, a trend which in the 90s was quite popular. This meant that the artist owns the copyright to the character even though he may have been working for a corporation like Marvel. Fans loved his version of the web-slinger so much that McFarlane was given his own series in 1990, which sold over 2.5 million copies.

McFarlane’s other notable works include Batman: Year Two Haunt and The Incredible Hulk Infinity Inc. McFarlane left inking after Spawn issue No. 70 and while he was still illustrating comic books, he was focused more on his businesses: Image Comics, McFarlane Toys and Todd McFarlane Entertainment, a film and animation studio. 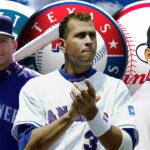 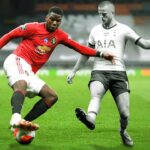