Bodybuilding is a sport that is quite different today, as it’s not just prize money, recognition and product endorsements. With social media, bodybuilders gain celebrity and fame on a wider scale, often leading to movie roles. Here are some of the world’s richest bodybuilders.

Kai Greene or Leslie Kai Greene born July 12, 1975, made headlines when he danced with the prop of a grapefruit in March of 2018. An International Federation of Bodybuilding and Fitness professional bodybuilder, Greene took part in the 2012, 2013 and 2014 Mr. Olympia competitions and came in second place.

In school, he got in trouble often, and as his physical development was rapid, he was introduced to teenage bodybuilding competitions by his English teacher of the seventh grade.

Greene is also an actor having assumed roles in various films, including the Netflix sci-fi series Stranger Things.

Kai Greene has accumulated an estimated net worth of some $1.5 million.

Mike O’Hearn is a widely recognizable face as he’s been featured on numerous magazine covers and appeared in various movies. He is most famous for his appearance in American Gladiators.

Born on January 26, 1969, this native of Kirkland, Washington, is the poster-boy of the fitness industry for over 20 years. O’Hearn has won accolades like 4 x California Power Lifting Champion, 4 x Mr. Natural Universe, Mr. America, Mr. International, to name but a few.  He was also inducted into the Bodybuilding Hall of Fame in 2011.

Mike has been in a number of movies and TV shows, such as the 1992 film with Goldie Hawn Death Becomes Her,  as Clark Kent/Superman in the 2004 Sandy Collora fan film Word’s Finest.

Mike has amassed for himself a personal fortune of approximately $2.5 million.

Winner of Mr. Olympia for six consecutive times from 1992 to 1997. Born in the UK, and grew up in Birmingham, Yates was known for his extremely wide and thick back. He was sometimes referred to as a “mass monster” in the 90s.

After Yates retired from professional bodybuilding competition, he has been involved in running gyms and bodybuilding supplement companies.  One of Dorian Yates’ personal line of nutrition is DY Nutrition.

He is also the author of books and videos on bodybuilding and nutrition.

Yates has an estimated personal fortune of $4.5 million.

A six-time Mr. Olympia (2011 to 2017), Phil Heath is a legend in the bodybuilding world.  He started in 2003 as a lightweight and quickly progressed to the top three spots on the Mr. Olympia stage by 2008. Although he defended the title in 2018, he did not prevail and was placed second to Shawn Rhoden.

He has competed in over 25 professional competitions, a majority of which he has been placed first or second place. Heath first started professional bodybuilding in 2002.

Born December 18, 1979, Phil Heath attended the University of Denver and graduated with a degree in business administration.

He is estimated to have a personal wealth of some $8 million.

An IFBB professional bodybuilder, Gary Strydom won the World Bodybuilding Federation (WBF) Championships in 1991 and 1992 started by then wrestling mogul, Vince McMahon.  In total, he has competed in over 26 professional competitions. Strydom was a huge name in bodybuilding in the 90s.

Born in Durban, South Africa, in 1960, Gary took a long break after the WBF was disbanded.  In 2006, he made a comeback and competed in the Colorado Pro Championships and came in 7th

Fast forward to today, in his late fifties, Gary looks incredible at over 290 pounds. And sitting on an estimated net worth of $8.5 million, we would say, Gary Strydom is not doing badly at all.

Today, among other commitments, Gary is the owner of the Strydom Academy for bodybuilding and training.

Ronnie Coleman won the Mr. Olympia title eight years consecutively.  He is widely regarded as one of bodybuilding greats of all time.  He also holds the record for the most IFBB professional wins, with 26 titles.

Coleman won first place in the heavyweight and overall category but his rise to the top of professional bodybuilding took some time until 1998 when he won his first title.

Success at professional bodybuilding competitions also brought product endorsements. With a personal fortune of $10 million, Ronnie Coleman is one of the richest bodybuilders.

Lou may not have won a Mr. Olympia (having come in second place in 1974) title during his professional career as a bodybuilder, he won consecutively for two years the NABBA Mr. Universe title in 1973 and 1974. In 1974, he competed in Mr. Olympia to beat Arnold Schwarzenegger and while he did not win, he was made the subject of the 1977 documentary Pumping Iron which made Lou famous.

During his professional career, Lou competed in 13 competitions. Born on November 9, 1951, Lou stands at 6ft 5 in, unusually tall for a bodybuilder.

Outside of bodybuilding, for most of us, we will also remember Lou as The Incredible Hulk which ran from 1977 to 1982.

Ferrigno is very comfortable with a personal wealth of approximately $12 million.

Jason Isaac Cutler is a four-time Mr. Olympia winner (2006, 2007, 2009 and 2010).  Born on August 3, 1973, this IFBB bodybuilder worked as a corrections officer in a maximum-security prison armed with a degree in criminal justice from Quinsigamond Community College in 1993. However, after meeting personal trainer Marcos Rodriguez, he took up bodybuilding, entered and won his first overall win in 1993 at the Iron Bodies Invitational. His first-ever contest was Gold’s Gym Worcester Bodybuilding Championships where he was placed second.

Before his Mr. Olympia wins, he had taken first titles at Arnold Classics in 2002, 2003 and 2004, and came in second after Ronnie Coleman four times before snatching the Mr. Olympia title in 2006 for the first time.

Cutler is estimated to have amassed a personal net worth of $30 million.  He has, since leaving professional bodybuilding competitions, focussed on his business venture, Cutler Nutrition.

Although Rich Gaspari never won first place in Mr. Olympia, he has taken second place at the 1986, 1987, and 1988 competitions.

Rich Gaspari was inducted into the IFBB Hall of Fame in 2004, and1, he was awarded the Muscle Beach Hall of Fame Award.  In 2013, he was presented with the Arnold Classic Lifetime Achievement Award.

Gaspari has been involved in the fitness industry for over 30 years and has competed in over 36 professional bodybuilding competitions. He has his own supplement company called Gaspari Nutrition.

Rich Gaspari has over the last 30 years built up a personal wealth of some $90 million.

No list is complete without Arnold Schwarzenegger who is perhaps the most legendary and iconic bodybuilder of all time. He started lifting weights when he was 15 years old and went on to win Mr. Universe at age 20 and Mr. Olympia seven times. He won his first Mr. Olympia in 1970 at age 23. Indeed, his legacy as one of bodybuilding greats is celebrated in the Arnold Classic annual bodybuilding competition.

Born on July 30, 1947 in the Austrian state of Styria, Arnold started weight training after his school soccer coach took the team to a local gym.

Schwarzenegger moved to the U.S. in 1968 and trained under Joe Weider’s supervision at Gold’s Gym in Venice L.A.

While Schwarzenegger made money winning competitions, he was also an astute businessman who invested his prize money wisely in real estate. However, it was his career as a Hollywood actor that has helped him achieve his immense personal wealth of some $350 million. 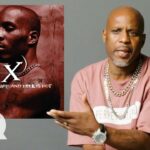 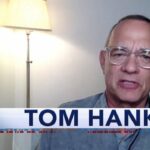