How much is Richard Karn worth?

Richard Karn Wilson is an American actor, author, and game show host. He’s best known for his appearance in the 1990s sitcom “Home Improvement” where he portrayed the leading role of Al Borland. The following decade, he replaced Louie Anderson as the host of the game show “Family Feud”. He also hosted other television and radio shows such as “Bingo America”, “TV’s Funniest Game Shows’, and “GSN Radio”.

American actor, author and former game show host Richard Karn has a net worth of $9 million dollars, as of 2021. Karn starred as Al Borland in the 1990s sitcom Home Improvement and was the fourth host of the game show Family Feud from 2002 to 2006.

How Did Richard Karn Get So Rich?

Being an actor, television host, and personality helped this superstar become a millionaire in the early 2000s. In 1989, just a few years after he married his wife Tudi Roche (an actress and singer that also appeared on “Home Improvement), Richard decided to move to Los Angeles. The couple met an agent that helped them land roles in the new television show “Home Improvement”. While Tudi was given a small role in just a few episodes, Richard was offered a recurring role in the first season.

After impressing the directors and producers of the ABC sitcom, Karn’s character, Albert (Al) Borland, became a leading from season two. He not only received international popularity with the television show but also earned himself millions of dollars. Overall, Richard is one of the six characters of “Home Improvement” that appeared in all 204 episodes and eight seasons from September 1991 to May 1999. Unlike the other stars on the show, Patricia Richardson and Tim Allen, he was able to make no more than $3 million in total from all of his work on the show.

Richard Karan became famous when he replaced Louie Anderson and became the fourth host of “Family Feud”. He was born on February 17, 1956, in Seattle, Washington. His father is Gene Wilson, a Seabee that served in the World War II. Richard attended the Roosevelt High School from which he graduated in the 1974. He then enrolled at the University of Washington, specifically in the Professional Actor Training Program. He was a member of the Beta Theta Pi sorority.

Graduating from the University of Washington with a Bachelor’s degree in Arts and Drama. He continued to gain drama experience in Scotland at the Edinburgh Festival, which he visited occasionally during the late 1970s and early 1980s. Shortly after his graduation, he moved to New York City where he received his first acting opportunity in just a week – starring in a commercial for the Michelob beer that was later on featured at the Super Bowl XIV event. In the 1980s, after joining the Screen Actors Guild, he changed his name to Richard Karn due to the fact that there’s another actor that was using his first and last name.

What makes Richard Karn so successful are his many professions in the entertainment business. While starring in the popular ABC sitcom almost the entire decade, the skilled actor began working in both independent and television films. His film debut came in the 1998 fantasy horror “Bram Stroker’s Legend of the Mummy”. He then appeared in other productions such as “MVP: Most Vertical Primate”, “Picture Perfect”, “The Pooch and the Pauper”, “Air Bud”, “Air Buddies”, and “Snow Buddies”.

He also made sporadic appearances on television series, talk shows, and reality programs such as “Carol and Company”, “Burke’s Law”, “The Rosie O’Donnell Show”, and “The Chronicle” to name a few. After the conclusion of “Home Improvement”, in 1999, Karn released his very first book – “House Broken”. Three years later, following the success of the first, he released the sequel “Handy at Home”. That year, he signed a million-dollar contract with ABC to replace Louie Anderson and become the host of the game show “Family Feud”, where he remained until 2006. In addition to that one, he has hosted several other shows – “The Most Amazing Acts on Earth”, “Foot Soldier”, “Bingo America”, and most recently GNS Radio.

Richard Karn is known for his role in “Home Improvement” and for hosting the widely-popular game show “Family Feud”. Apart from these two, he has taken part in many other projects as an actor, director, host, and producer. Even now, at the age of 63, the television actor continues to actively appear on television and uphold his legacy. 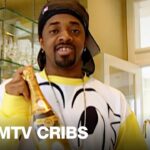 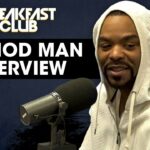