How much is Rhett and Link worth?

Who Are Rhett and Link

Rhett & Link are a comedy duo consisting of Rhett McLaughlin and Charles Lincoln “Link” Neal III. The duo dubbed themselves “Internetainers”, and they are known for creating and hosting the YouTube series Good Mythical Morning, a comedy, talk and variety show.

As of 2021 Rhett and Link together are worth over $30 million dollars.

How did they get famous?

Rhett and Link are a YouTube comedy sensation with almost 5 million subscribers on the Rhett & Link channel. The duo is made up of Rhett James McLaughlin and Charles Lincoln “Link” Neal III and they are most famous for their YouTube series Good Mythical Morning, which has garnered over 16 million subscribers.

Other than making comedy, Rhett plays guitar and Link plays the recorder and harmonica and they both sing. They have released singles and albums on steaming services like iTunes.

They have also appeared in television shows, notably, Rhett & Link: Commercial Kings which was about the duo traveling the country making local commercials for small businesses. They have also appeared in 2006, Looking for Ms. Locklear produced by the duo. The film was released in 2008 and won the Southern Lens Award from South Carolina Public TV, which led to the film screening on PBS in South Carolina.

Rhett and Link were roommates at North Carolina State University. They studied as engineers yet it was when they started their YouTube channel back in 2000 that they could quit their jobs and follow their true passions. Before long they began earning serious money through the Google advertising platform attached to Google. Yet it was only when they began doing sponsored advertising within their videos that they really began to grow their earnings.

Together, they own a company called Mythical Entertainment. The latest sponsorship of Good Mythical Morning was by Google’s Pixel 3 in late 2018

They have been sponsored by big brands such as Cadillac, Alka-Seltzer, and Wendy’s. They have had such success in fact that they have been named Rhett & Link: Commercial Kings by the IFC television show. 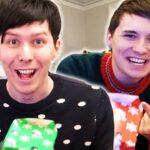 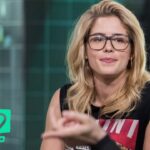