Coming into his fight against Urijah Faber at UFC 149 for the UFC Interim Bantamweight Championship belt, many fans still didn’t know Barao all that well. It wasn’t that the masses weren’t impressed with his then 29 fight unbeaten streak; such streaks in MMA are very rare. It’s just that save Scott Jorgensen and Brad Pickett, Barao had not exactly fought a who’s who of mixed martial arts, particularly in the eyes of American fans who did not really know his former Brazilian opponents very well. So he was somewhat of a wild card.

But after Barao controlled the pace against an MMA legend in Faber over the course of five full rounds on his way to winning the interim belt, people certainly began to get to know him. As will you, by the way, if you keep reading.

Brazilian professional mixed martial artist and the former UFC Bantamweight Champion Renan Barao has a net worth of $1 million dollars, as of 2021. Renan Mota do Nascimento Pegado is better known as Renan Barão.

Barao received his Brazilian Jiu Jitsu black belt from Pederneiras in September of 2011. As is the case with all Nova Uniao fighters, he trains in and is well versed in Muay Thai.

Barao made his professional MMA debut on April 14, 2005 against Joao Paulo at a HeatFC 3 event (Natal, Brazil), losing by way of a decision. From there he absolutely began to soar, going on one of the longer undefeated streaks in MMA history, which spanned several different promotions including Shooto. That said, let’s start small with when the World Extreme Cagefighting organization (WEC) came calling.

Barao made his WEC debut on June 20, 2010 against Anthony Leone, winning by way of a third round armbar. He then defeated Chris Cariaso by rear naked choke before Zuffa merged the WEC into the UFC, making Barao a UFC fighter.

Perhaps the most famous below lightweight fighter at the time in the world, Urijah Faber, was set to take on rival TUF Live coach Dominick Cruz for his opponent’s bantamweight title before an injury forced Cruz out of the fight. Zuffa then decided to give Barao a shot against Faber, with the winner getting the interim title tag and a shot at the real thing when Cruz healed.

At UFC 149, Barao won a pretty close fight by using leg kicks and more significant power in his combinations. By defeating Faber, Barao not only won the interim title but also more forcefully put his name on the MMA map.

Barao has outstanding Muay Thai skills. These include strong leg kicks and powerful combinations to go along with his long limbs/reach. Barao also demonstrates very strong Brazilian Jiu Jitsu. Together, this makes him a very difficult person to defeat, as opponents do not feel safe anywhere with him.

Some of Renan Barao’s Greatest Victories:

This Renan Barao Net Worth profile originated at WealthyGenius.com 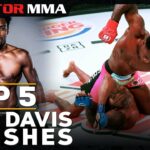 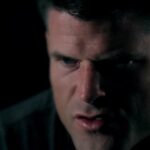