How much is Reese Witherspoon worth?

She’s our favorite Southern belle that is pretty-in-pink in Legally Blonde, down home in Sweet Home Alabama and innocently sinful in Cruel Intentions.

Who Is Reese Witherspoon

When it comes to Reese’s family history, there was no doubt that she too would do great things. Reese’s ancestor, John Witherspoon, was one of the first people to sign a famous autograph…on the Declaration of Independence. Reese’s parents were also quite distinguished in their fields. Her father, Dr. John Witherspoon, was a military surgeon while her mother was a Ph.D. in pediatric nursing. Who knew that two great scientific minds would produce a child of a different science—acting?

American actress Reese Witherspoon has a net worth of $240 million dollars, as of 2021.

From Flowers To The Moon

Growing up in New Orleans, this Southern belle got her start with a fleur. When she was only seven, Reese landed a florist commercial spot that planted the acting seed in the young girl’s mind. At 11, she took home first place in a 10-state talent fair while still appearing in a variety of local commercials. Not straying too far from her Southern roots, Reese attended an all-girls high school before she went to an open casting call for the 1991 film The Man in the Moon. With a little luck, Reese landed the lead role—a 14-year-old girl who falls in love with her neighbor, three years her senior.

The tragic coming-of-age story put Reese on the map. She went on to land roles in films like Jack the Bear and A Far Off Place, both in 1993. A year later, Reese graduated from high school and headed to Stanford University where she planned to pursue a degree in English Literature. But like most Hollywood stories go, she dropped out after one year to pursue her acting career.

In 1996, she appeared in Fear and Freeway, though neither film was met with the same success as her staring debut in The Man in the Moon. But in 1998, her career began to pick up speed once again when she was cast in Pleasantville, Election and Cruel Intentions. In the latter film, she starred alongside her then-boyfriend Ryan Phillippe, and a month after the film hit theaters, the couple was married. That same year, they welcomed daughter Ava Elizabeth to their family. Four years later, Ava would get a brother, Deacon.

A few years into wedded bliss, Reese landed her breakthrough role—clad in pink and toting a Chihuahua named Bruiser, she starred as an unlikely Harvard law student in Legally Blonde, a box office sensation that produced a sequel, Legally Blonde 2: Red, White and Blonde.

But Reese wasn’t pigeonholed by her ditzy onscreen fame-maker. She went on to star in Johnny Cash biopic Walk the Line winning a Golden Globe and Academy Award for Best Supporting Actress. That role plus box office boomerangs like Sweet Home Alabama and Just Like Heaven soon made Reese the highest paid actress in Hollywood—and for good reason. Adding another title to her resume, Reese founded her own production company, Type A Films (her company name was born from a childhood nickname) that produced hits like Legally Blonde 2, Penelope and Four Christmases.

In October 2006, she shocked fans and colleagues with the announcement of her split from her hubby of seven years. When they married, the couple had failed to sign a prenuptial agreement, and at the time of their split, Reese had been making millions more than her spouse, who was entitled to half of the duo’s income. But Reese didn’t waste any tears on Ryan. The same year that her divorce was finalized, she was linked to actor and Rendition co-star, Jake Gyllenhaal. The two dated for two years before Reese ended things, reportedly not wanting to take the next step—marriage—in their relationship.

But there was a happy ending in the works for Reese. She moved on to Hollywood agent, Jim Toth and it seemed like Reese found her knight in shining armor when the pair announced their engagement. Reese and Jim later tied the knot at an intimate ceremony at Reese’s Ojai, California estate. The blushing bride was pretty in a pink gown when she walked down the aisle.

A consistent red carpet stunner and a mom, Reese has managed to master both of her worlds with such classic grace. She’ll be heating up the box office again soon and we can’t wait to get a glimpse.

Defining Quote “It’s just unbelievable the amounts of money we make. But we don’t spend it. It’s too scary to spend it.”

Reese Witherspoon was born in 1976 in Louisiana. At the time her father was a medical student at Tulane University, and had previously been a lieutenant colonel in the United States Army Reserve. Her mother has a Ph.D. in pediatric nursing. Raised Episcopalian, Witherspoon spent her childhood in Nashville, Tennessee. When she was just 7, she modeled for a florist’s TV ads, and later took acting lessons. She went to Stanford University to study English literature, but left to pursue acting.

In 1990, she scored the lead role of Dani Trant in the movie The Man in the Moon, for which she was nominated for the Young Artist Award for Best Young Actress. She made appearances in TV movies Wildflower and Desperate Choices: To Save My Child. And in 1993, she was in the CBS miniseries Return to Lonesome Dove. Later, she appeared in Fear alongside Mark Wahlberg and Freeway alongside Kiefer Sutherland.

In 1998, she had major roles in Overnight Delivery, Twilight and Pleasantville, the last of which earned her the Young Hollywood Award for Best Female Breakthrough Performance. 1999’s film adaptation of Election garnered her first Golden Globe nomination.

But it was 2001’s Legally Blonde that earned her the critical label “the new Meg Ryan.” The role earned her second Golden Globe Best Actress nomination. Later works include The Importance of Being Earnest, Sweet Home Alabama and Legally Blonde 2: Red, White & Blonde.

In 2005, Witherspoon played June Carter Cash in Walk the Line, which earned her an Academy Award for Best Actress. Following were a few box office disappointments, including 2010’s romantic comedy  How Do You Know and This Means War.

Witherspoon is involved in advocacy organizations like Save the Children, the Children’s Defense Fund, and the Avon Foundation.

In 1999, Witherspoon married actor Ryan Phillippe, and the couple had a daughter and son. But in 2006, she filed for divorce, citing irreconcilable differences, and amidst reporters of infidelity by Phillippe. In March of 2011, Witherspoon married Jim Toth, who at the time was a talent agent. The couple has a son, who was born in September of 2012.

In December of 2010, Witherspoon got a star on the Hollywood Walk of Fame.

Among her achievements, Witherspoon has earned: 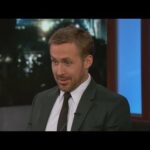 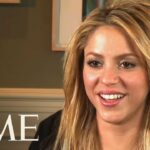