How much is Rebecca Minkoff worth?

Who is Rebecca Minkoff

Rebecca Minkoff, a global fashion brand, was founded by Rebecca Minkoff and Uri Minkoff, in 2005 in New York City. The sister and brother team has built an empire with retail stores from New York, San Francisco, Los Angeles, Hong Kong, Tokyo, to Korea, and is distributed in over 900 stores worldwide. The Rebecca Minkoff brand known primarily for its handbags includes footwear, jewelry, and accessories too.

Fashion designer Rebecca Minkoff is famous for her self-titled brand dedicated to luxury handbags as well as accessories, footwear, jewelry, and apparel.

Rebecca Minkoff was born on December 11th, 1980, in San Diego, California. Designing clothing and sewing was her passion since childhood. After she graduated from high school, Rebecca moved to New York to pursue her career as a designer. In 2001, she launched an apparel line, a version of the I Love New York t-shirt, which was showcased on The Tonight Show.

Minkoff designed her first handbag in 2005 which launched her career as a famous handbag designer. The company began to prosper when Rebecca teamed up with her brother, Uri Minkoff, a co-founder and CEO, who has helped her with many aspects of the business.

Minkoff won the Breakthrough Designer Award in 2011, which gained her even more recognition.

Her success stems from being able to connect with her customers on her social media platforms. Rebecca’s social media posts are all about her products and design. They often have an empowerment message for women. She gets into the hearts, minds, and wardrobes of her young customers. Her company Rebecca Minkoff LLC generated over $100 million in sales in 2019. 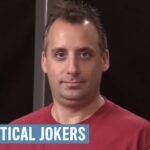 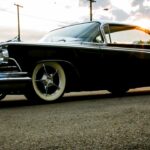