How much was Ray Liotta worth?

From working as a bartender and performing in low budget musicals, Ray Liotta became a respected American actor who reached movie star status after starring in one of the greatest gangster movies of all time, Goodfellas. His lines from the movie are quoted to no end and the movie has become a part of pop culture. Liotta is known for taking on roles that are affiliated to gangsters or crooked cops, and has even gone on to narrate mafia documentaries thanks to his thick American-Italian accent. The actor’s other popular movies include Field of Dreams, Hannibal, and Blow.

American actor and producer Ray Liotta had an estimated net worth of $20 million dollars, at the time of his death in 2022. Liotta voiced the character of Tommy Vercetti in the video game Grand Theft Auto: Vice City.

After completing college in the 70s, Liotta got a job bartending so he could make money while also performing in low budget musicals. Some of the musicals he starred in included Cabaret, Dames at Sea, and Sound of Music. The hard work paid off as he was able to get an agent and land a recurring role in the soap opera Another World for three years, between 1978 and 1981. Starring in the soap opera earned him a lot of popularity, but unfulfilled from it, Liotta moved to Los Angeles to try and make it in the movie industry.

In the 80s, Liotta was quick to get work, starring in The Lonely Lady in 1983 and then earning widespread critical acclaim with his role in Something Wild, after receiving his first Golden Globe nomination. Three years later, the actor portrayed Shoeless Joe Jackson in one of the most celebrated baseball movies of all time, Field of Dreams. That film has become iconic in the way that it blends fantasy, drama, and sports together, as Liotta’s character was in fact a ghost of a real life baseball player from the 1910s.

What came after that was the role of a lifetime, Liotta starred in not just a Martin Scorsese movie, but a Martin Scorsese gangster movie. By this point Scorsese already had a number of classics under his belt, including Mean Streets, Raging Bull, and Taxi Driver, so actors knew that a role in one of his movies would dramatically increase their profiles. Goodfellas is now considered to be one of the greatest gangster films of all time, it is rated the 17th best film in history according to IMDB and it has spawned many parodies in film and TV.

Liotta played the main character in the movie, the real life gangster Henry Hill, and he was a part of a star cast including Robert De Niro and Joe Pesci. Liotta’s lines in the movie are quoted to no end, including one of the most famous opening lines in a movie ever, “As far back as I can remember, I always knew I wanted to be a gangster.” Since this movie was released, Liotta continued to be cast roles in movies that are centered around gangsters or violent criminals, films like Killing Them Softly, and it’s all thanks to Goodfellas. He even played the gangster Tommy Vercetti, the main character in the biggest video game of 2002, Grand Theft Auto: Vice City.

Though most of Liotta’s salaries for his movies are undisclosed and the only one that isn’t is his $1.5 million paycheck for 1994’s No Escape, the box office figures for many of Liotta’s movies speak for themselves. Liotta has had a lot of box office bombs, which tend to be when he tries to become an action star or ventures outside of his villainous roles, but the gangster movies have served Liotta well.

When it comes to Goodfellas, not only did it make $47.1 million worldwide, an inflation adjusted $107 million, but streaming services regularly enter bidding wars over which service gets to host it. Although that money didn’t go to Liotta because he would have been paid for his appearance, it stilled added to his stock as one of the most famous American gangster stars.

Liotta’s highest grossing movie may come as a surprise. 2001’s Hannibal broke box office records grossing over $58 million domestically in its opening weekend alone, which gave it one of the highest grossing debut ever. Not only that, but it kept the record for highest opening for a horror film for 16 years until it was eventually beaten by 2017’s It. Hannibal remained the highest grossing R-rated movie ever until The Passion of the Christ finally beat it, in 2004.

While Ray Liotta didn’t earn an awful lot in his career, not when considering some of his most iconic roles, he is well remember as one of the top actors in the American gangster film genre. He earned small salaries of around $1-3 million dollars per lead role, like the $1.5 million he earned for No Escape in 1994.

While his earnings were often lower because of his small roles, and often appearing in tightly budgeted movies, he still earned about $35 million after appearing in over 100 films and TV series. That figure also includes his producing and soundtrack work, as well as all of the appearances that he made as himself during his career, including in advertising.

Ray Liotta married Michelle Grace in 1997 and they later separated, eventually divorcing in 2004. They had one child together, Karsen Liotta, and it is likely that Ray may have had to pay quite some money in alimony and child support as part of a divorce settlement. It is estimated about $6 million of his career earnings went in Michelle’s direction.

In terms of having invested his career earnings, it is estimated that Liotta earned some $8-9 million dollars, after tax, in his life from his real estate deals and no doubt investments in securities. He sold a property to Britney Spears for $7 million, in 2007, and it is also recorded that he owned another property in Malibu.

In his personal life, Liotta remained clear and likely spent only around $3-4 million dollars of his career earnings on himself and his family. He will have also possessed assets valued at perhaps $1 million dollars. Therefore, it is estimated that Ray Liotta has a net worth of a rounded up $20 million dollars.

Liotta had a New York-Italian sounding vernacular, as he was adopted by Italians after being abandoned at an orphanage as a baby. Together with his accent, his greased back hair, his iconic deranged laugh, and his physical agility, Liotta was able to play violent gangsters on screen as well as the best of the genre, including Joe Pesci, Al Pacino, James Gandolfini, and of course, Robert De Niro.

This helped Liotta earn countless roles as gangsters and crooked cops ever since the early 1990s, as he suited the roles perfectly. On top of that, his terrifically gangster sounding voice earned him jobs narrating, as he has narrated not one, but two documentaries about the Italian mafia; 2005’s Inside the Mafia on National Geographic and 2015’s The Making of the Mob on ABC. The actor was even appeared in voice roles in video games as gangsters, and he had a leading role in the Sopranos prequel, The Many Saints of Newark. 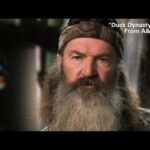 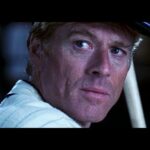