How much is Ray J worth?

Ray J is the stagename of William Ray Norwood Jr. He began his career in 1995 but rose to prominence in October 2002 after having a sex-tape scandal involving American television personality Kim Kardashian. Thanks to this, his fame skyrocketed, he became far more popular and received many more opportunities.

While Ray J became famous after the sex tape with Kim Kardashian but he had still made a name for himself long before that happened. He was born on January 17, 1981, in McComb, Mississippi but raised in Carson, California. He is the younger brother of Brandy Norwood, a successful actress, and recording artist, as well as the first cousin of the acclaimed rapper Snoop Dogg.

American singer, songwriter, rapper, television personality, actor, and entrepreneur Ray J has an estimated net worth of $15 million dollars, as of 2022. Ray J played the role of Dorian “D-Money” on Moesha, from 1999 until the show ended in 2001.

In his early years, around the age of eight, Ray J began appearing in different television commercials. One of his first roles as an actor was in The Sinbad Show. In 1995, he signed a recording deal with the popular label Elektra Records. Almost immediately after his signing, the rapper began working on his very first studio project. The album was titled Everything You Want and it was released in March 1997. It included the hits “Let It Go” and “Set It Off”, both of which were very successful and climbed different music charts, including the Billboard Hot 100.

Ray J was helped early in his career through collaborating with established artists such as Lil Kim, Rodney Jerkins, and The Neptunes for the creation of his next album. His second album called This Ain’t A Game was released in June 2001 and it took 18 months to be completed. Also that year, Ray J announced the creation of his own vanity label called Knockout Entertainment.

The rapper took a break from music after the release of his second album. After a two year hiatus, Ray J released his third album Raydiation. For the album, he once again collaborated with established artists in the music industry which helped him gain more popularity. Among some of the artists that he worked with were R. Kelly, Timbaland, Rodney Jerkins, and Rob Egerton.

Besides releasing his first three music albums and promoting them on various awards shows and realities, Ray J continued to star in various films and television shows. Among some of them include The Enemy Within, Mars Attacks!, Steel, Aftershock, and Envy. In 2005, the singer took part of the UPN sitcom One to One. In the show’s final season, he portrayed the character of D-Mack.

In 2007, the rapper gained international fame alongside Kim Kardashian after their home sex tape was made public by Vivid Entertainment. The home video is titled Kim Kardashian, Superstar and it was released in February 2007 unbeknownst to the knowledge of both of them it had somehow been acquired by Vivid. Kim Kardashian sued Vivid Entertainment for ownership of the tape but dropped the suit by late April 2007 after she received a multimillion dollar settlement.

In the midst of all this controversy, Ray J received a multimillion dollar deal with Shaquille O’Neal’s entertainment company Deja 34 and Koch Records. The rapper’s fourth (and first album for the deal) was released in April 2008. The album All I Feel was not as successful as the other three but it received generally positive reviews. One of the notable songs was “Sexy Can I” which features Yung Berg.

Thanks to the controversial sex tape with his ex-girlfriend and his record deal with Koch Records and Deja 34, Ray J also landed his very own reality show. The dating show was named For the Love of Ray J and it premiered in February 2009 on VH1. Surprisingly to the media, the show did very well and was renewed for a second season. It ended a year later, in early February 2010.

Shortly after the end of his own dating show, in April 2010, Ray J joined his sister Brandy for their reality television series. Ray J and Brandy’s Family Business also aired for only two seasons and ended in February 2011. The show followed the lives of both brother and sister and their daily struggles with their personal lives and family business. Just like For the Love of Ray J, the rapper recorded a song that served as the soundtrack, however, in this one both Brandy and their father took part in it.

Around 2012, Ray J was reportedly dating the megastar Whitney Houston. Houston passed away in February 2012 after an “accidental drowning”. During this time, both Brandy and others close to the rapper claimed that this was one of the hardest times in his entire life. A week after Houston passed away, the rapper broke his silence and discussed her death with US Weekly, however, it’s still not confirmed if the relationship was true or just a rumor. “Our friendship is something that people might not understand, maybe because of the age difference, but we’ve always just been friends,” Ray J has said.

Throughout the rest of the 2010s, Ray J continued to make a name for himself and released new music. He also continued to appear in different films and television series. Besides casting in the likes of Envy, A Day in the Life and Sharknado 3, Ray J also participated in the reality series My Kitchen Rules, Celebrity Big Brother, and The Conversation.

Ray J has earned from his music sales and his appearances, including being the lead character in TV series. In 2019, Ray J launched a marijuana line called William Ray LA. He also became chief strategic media officer for MarijuanaStock.org, earning him a salary of $1 million dollars per year. In total, Ray J has earned estimated total career income of $27 million dollars.

Ray J married Princess Love in 2016 and they remain together. They have two children together, Melody Love and Epik Ray Norwood. In his personal life, Ray J has likely spent $2-4 million dollars of his career earnings but also probably possesses assets valued at around $1 million, not including investment assets. In his investments, he may have earned investment returns of $4-5 million dollars. Therefore, it is estimated that Ray J has a net worth of a rounded down $15 million dollars.

Despite the controversy, Ray J has been able to earn a fortune and is now known as a successful actor, rapper, and singer. The success of his music career came after he signed deals with major labels such as Elektra, and Atlantic. He further rose to prominence with his surprisingly good acting skills, thanks to which he received his own reality TV shows. 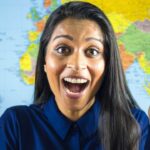 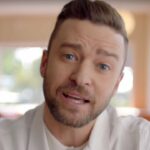