How much is Raoul Pal worth?

Investment strategist Raoul Pal is was man behind The Global Macro Investor, which is a paid investment research publication. Pal was the co-head of hedge fund sales in equities and equity derivatives at Goldman Sachs in Europe, based in London. This prestigious role is demonstrative of Pal’s experience and knowledge in the financial sector.

He put himself on a trajectory for success in finance since committing to his studies at University of Plymouth, where he earned a degree in Economics & Law.

English entrepreneur, businessman and Bitcoin bull Raoul Pal has an estimated net worth of $45 million dollars, as of 2023. Pal has a cult following his moves and listening to his podcast appearances. He moves big and bold on Bitcoin.

Pal’s has a diverse history, including his position of Portfolio Manager for GLG Global Macro Fund. Today, in his own personal investments, Raoul Pal is one of the biggest Bitcoin bulls speaking on the subject.

Pal earned a college degree in Economics & Law at the University of Plymouth. He graduated in 1990. His first job after school was Sales Executive at Dow Jones Telerate. He went through several other positions and eventually scored a very lucrative job as a Head of European Hedge Fund Sales – Equities and equity derivatives for Goldman Sachs bank.

After that, he worked as a portfolio manager at GLG Partners. Money and experiences he amassed eventually enabled him to start his own business.

He retired from fund management and in 2004 started The Global Macro Investor in January 2005.

Pal, to the best of our knowledge, lives in Valencia, Spain in a luxury property. He owns several properties in Europe and likes to live and work abroad, outside the UK.

Raoul Pal is so in on Bitcoin and blockchain technology in general that at a certain point as much as half of his net worth is estimated to have been converted into Bitcoin. An investment that likely returned as much as double.

Pal believes that these years in the 20s are the years for “network adoption” meaning that we may see a rise in valuations for Bitcoin and other altcoins, including Ethereum.

Raoul Pal founded Real Vision Group. “We’re on a mission to disrupt the whole damn system and change the face of financial media,” their website says. Their service was founded with an initiative to, “provide everyone from ordinary traders to professional investors unparalleled access to the very best insights and analysis from the most famous and respected names in finance.”

He was one of a relatively small number of investors to predict the mortgage crisis of 2008–2009. Another investor who successful predicted the crash, was Peter Schiff. 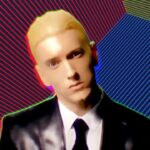 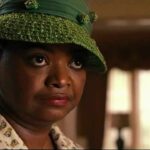