How much is Rainn Wilson worth?

Who Is Rainn Wilson

Rainn Wilson is an actor, producer, director, and writer well-known for playing the character Dwight Schrute on the NBC television comedy series The Office from 2005 to 2013. He received several different awards and nominations, including winning 3 Screen Actors Guild Awards as a member of an ensemble cast and being nominated for 3 different Emmy awards for outstanding supporting actor in a comedy series.

Before his role on The Office, Wilson played a reoccurring character for 13 episodes from 2003 to 2005 on the HBO drama Six Feet Under, while also making appearances on Monk, Law and Order; Special Victims Unit, CSI: Crime Scene Investigation, and Dark Angel.

More recently, Wilson has appeared in Transparent and Star Trek: Discovery, while also contributing as a voice actor, most notably as Lex Luthor in animated action films.

How Did Rainn Wilson Get So Rich?

Rainn Wilson currently has a net worth of $14 million, most of which he earned during his time on The Office. He currently is in the process of selling his California home, which would net him another $1.7 million. He will continue to make residual income from the various syndication deals that The Office currently has, as well as additional income as an actor and producer.

Rainn Wilson is famous for his legendary performance as Dwight Schrute on The Office, seamlessly starring alongside Steve Carell. Dwight Schrute was a paper salesman at the fledgling mid-tier paper company Dunder Mifflin, which was continuously threatened with downsizing and bankruptcy due to its inability to adjust to an increasingly paperless world and reliance on traditional sales associates instead of focusing on e-commerce.

He was routinely one of the top sales associates at the company’s Scranton branch, but took his job way too seriously, routinely butting heads with several different employees, most notably with fellow sales associate Jim Halpert who constantly played pranks on him. Schrute also functioned as the enforcer for manager Michael Scott, played by Steve Carell, who needed Dwight’s abnormally intense attitude toward work to balance out Scott’s lackadaisical incompetence.

He would constantly overreact to minor infractions of fellow employees, constantly reporting these infractions to Scott, who would routinely ignore them and belittle Schrute in the process. Schrute had several different titles such as “Assistant to the Regional Manager” and “Safety Officer”, and went to great lengths to fulfill his various roles.

In one of the most legendary scenes of the show, Schrute attempted to mimic a real-life fire drill, locking all the doors to the office and lighting the contents of a trash can on fire to fill the room with smoke. In the panic-induced chaos that ensued, a large amount of the office was damaged and one of the employees had a heart attack.

Rainn Wilson’s performance of Dwight Schrute was so masterful that it gave him the rare honor of being synonymous with his television character, similar to The Fonz in Happy Days or Barney Fife in The Andy Griffith Show.

Rainn Wilson was successful because of his ability to be the perfect counterbalance as Dwight Schrute to Steve Carell’s role as Michael Scott. Schrute was the intense, loyal employee who treated his job will maniacal importance, whereas Scott rarely took his job seriously and often was so incompetent as a manager that he often put the livelihoods of his employees at risk.

Wilson was also very easy to work with as a cast member, an attribute rarely shared by most successful actors. He was well liked and easy-going, the polar opposite of his acting counterpart on the show.

Rainn Wilson is an actor, producer, director, and writer who is famous for his portrayal of the character Dwight Schrute on The Office. He won 3 Screen Actors Guild Awards as a member of an ensemble cast and was nominated for 3 Emmy awards for outstanding supporting actor in a comedy series.

Wilson was one of the few actors who played a character so effectively, that he became synonymous with the character itself. His success on The Office enabled him to amass a net worth of $14 million, with future earnings sure to follow with syndication deals and future acting roles. 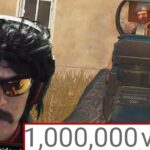 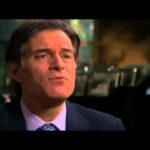