How much is Rahsaan Patterson worth?

“Growing up in the church, me and my cousins sang in the choir, as did my father and mother. My father basically equipped me with a passion for it. He was instrumental in providing me with the knowledge of music, hearing the instruments and really identifying with the lyrics and emotions of a song.” — Rahsaan Patterson

Who Is Rahsaan Patterson

Rahsaan’s career as a performer began not as a singer or musician, but as an actor. At the age of 10, Rahsaan auditioned for the childrens’ television show Kids Incorporated, about a pre-teen and teen rock band. He won a part and was cast as “The Kid” and was on the show during its first four seasons, from 1984-1987.
Interestingly, he was one of several child actors-musicians on the show to go on success as an adult; others include the singers Fergie (of the Black Eyed Peas) and Shanice, as well as actors Mario Lopez and Jennifer Love Hewitt.

American singer and actor Rahsaan Patterson has a net worth of $700 thousand dollars, as of 2021. He’s probably best known for playing “The Kid” on the 1980s television show Kids Incorporated.

Born: In New York City in 1974. He was named after Rahsaan Roland Kirk, a blind jazz musician. Raised: In The Bronx, N.Y.

After leaving Kids Incorporated, Rahsaan worked as a backup singer and songwriter in the early 1990s, working with Brandy and Tevin Campbell, among others. In the mid-90s, Rahsaan signed with MCA Records. His self-titled debut album came out in 1997. Although the album was a critical success, it wasn’t very successful commercially, despite one minor hit single, “Where You Are,” and a video (for the song “Stop By”) that was in regular rotation on Black Entertainment television in the spring of ’97.

In 1999, Rahsaan’s sophomore album, Love in Stereo, was released, however, it fared no better than his first album commercially. Subsequently, Rahsaan was dropped from MCA Records. Without a record deal, Rahsaan continued to make music and tour. In 2004, about four and a half years after his second album came out, Rahsaan’s third album, After Hours, was released. And as was the case with his first two albums, After Hours received lots of critical acclaim, but little success on the sales charts.

On Sept. 25, 2007, Rahsaan’s released Wines & Spirits, on his own independent label, Artistry Music. In an interview with journalists in Los Angeles in August 2007, a few weeks before the album’s release, Rahsaan revealed that after his father died a few years prior, he lost interest in making music and that Wines & Spirits reflects his loss. 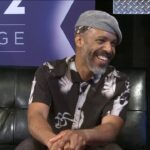 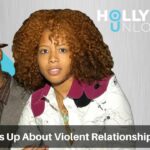