How much is Rachel McAdams worth?

You’ve seen America’s sweetheart play the gambit in Mean Girls, The Notebook and State of Play.

Who Is Rachel McAdams

Whether she’s a hot chick, a mean girl or a wedding crasher, this classic beauty is a component for surefire box office gold. Rachel McAdams has run the gamut in terms of the parts she plays and the film genres she experiments with—but for this doe-eyed darling, it seems to only be the beginning.

Canadian actress Rachel McAdams has a net worth of $16 million dollars, as of 2021.

Canadian born and raised, Rachel was on thin ice from the age of four. She was a trained and competitive figure skater with a knack for performance. She channeled this performance-driven sport onto the stage at 13 when she enrolled in a theater camp landing roles in a variety of Shakespeare productions. From summer camp to hardcore studying, Rachel headed to York University’s drama school to earn her B.F.A. in theater.

Her honor student status paid off when the wide smiling beauty began auditioning post graduation. One year after graduation Rachel landed her first major role in the teen flick The Hot Chick opposite Rob Schneider in 2001. In it she played a popular high school teen who traded bodies with a more than unkempt greasy mechanic. Once again targeting the teen market, Rachel got nasty in Mean Girls the Tina Fey-penned comedy that launched the actress into the Hollywood spotlight.

But the movie that sealed her fate as the industry’s next “it girl” was her starring role in the 2004 romance drama The Notebook. The onscreen chemistry between Rachel and co-star Ryan Gosling radiated from the screen and the romance soon transitioned into a real-life love affair. The relationship lasted until 2007 when they couple mutually agreed to split, breaking their fans’ hearts.

Hit after hit, Rachel starred in the hilarious Wedding Crashers, the heart-pounding Red Eye and the thrilling State of Play. But Rachel got back to her famed romance roles in The Time Traveler’s Wife in which she played a more than faithful lover to a time traveling Eric Bana. Keeping us guessing with her ever-fluctuating film genres, Rachel went on to star in the action packed comedy Sherlock Holmes with Jude Law and Robert Downey Jr. before lending her expertise to the role of a determined news show producer in Morning Glory with Harrison Ford and Diane Keaton.

With a smile that rivals the likes of Julia Roberts, we have no doubt that this sweetheart will become one of Tinseltown’s biggest leading ladies.

Defining Quote “I’ve never crashed a wedding. We thought about it when we were shooting…We were kind of jealous and thought, ‘You know, we could say it was research,’ but we chickened out.” 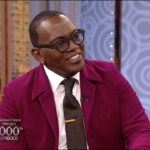 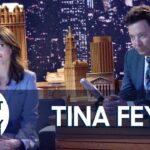