How much is Rachel Bilson worth?

A resident of FOX’s The O.C. before jumping to the big screen in Jumper.

Who Is Rachel Bilson

Petite and pretty, actress Rachel Bilson gained initial fame for her work on The O.C. as well as for her sexy, pint-sized bod. The rising starlet later became known for her roles in movies like the sci-fi thriller Jumper (2008) and the endearing comedy BFF & Baby (2011).

American actress Rachel Bilson has a net worth of $12 million dollars, as of 2021.’

Born on August 25, 1981, Bilson was raised in Los Angeles by a Jewish-American father and an Italian-American mother. With her father working as a small time writer, producer and director in the big business of Hollywood, acting was a natural inclination for the young Bilson. In high school, she appeared in some stage productions and, soon after graduating, she decided to shun the college route and take up acting professionally.

Getting her start in television, Bilson began working in commercials while also landing one-time appearances in hit shows like Buffy the Vampire Slayer and 8 Simple Rules. In 2003, Bilson caught her big break when she was cast as Summer Roberts in FOX’s enormously popular teen drama series, The O.C. During its four seasons, the show developed a serious following, which gave Bilson the popularity boost she needed. But ratings dropped steadily over the course of its run and the series was eventually canceled in 2007.

Surrounded by all the beautiful people on the show, Bilson unsurprisingly found a love interest among her co-stars. When she found a mutual attraction with her onscreen boyfriend, Adam Brody, the two began dating off-screen. Despite rumors of an engagement, their four-year relationship ended in 2006.

Jumping To The Big Screen

The sudden celebrity Bilson gained from television audiences gave her a chance to expand her Hollywood horizons. In her cinematic debut, she took a role opposite Zach Braff in the comedy-drama The Last Kiss (2006). In her next film, the science fiction action flick Jumper, Bilson played the love interest to Hayden Christensen’s teleporting character. But the movie’s fast-paced plot, all star cast and special effects were not enough to make up for the messy plotline, making the film an overall flop. Bilson may not have gained any points with the critics, but she did manage to find a new beau to lock arms with. Before the movie was released, Bilson began dating her co-star, the handsome Christensen, and the two were engaged before the end of 2008.

Continuing on with her career, Bilson made occasional guest appearances in TV shows like Chuck and How I Met Your Mother. Meanwhile, she continued to work in film, taking a part in the collective of shorts called New York, I Love You (2009) and, keeping with the theme of love, a starring role in the romance film Waiting for Forever (2010).

Unhappy Ending But Far From The End

While Hollywood kept audiences entertained with tales of happy endings, the same was not true of Bilson’s personal life. After an 18-month long engagement, Bilson and Christensen called off their plans to wed and eventually the pair split up for good in 2011.

After outgrowing her teen idol status, Bilson’s continuing celebrity still holds strong. Even though The O.C. threatens to mark the peak of her professional life, Rachel Bilson maintains a steady career punctuated with bouts of personal drama that keep the gossip columnists buzzing.

Defining Quote “I grew up sort of like a princess. I know that sounds awful, but I was the baby of the family. I had older brothers, so the little girl always gets everything she wants.” 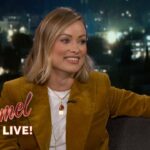 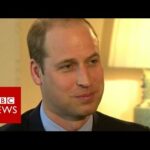