How much is R. Kelly worth?

R. Kelly rose to fame in the late 90s and early 2000s, with hit singles such as “I Believe I Can Fly”, “Your Body’s Calling”, “Gotham City”, and “The World’s Greatest”. During his career, he has been nominated for more than 250 awards and has won over 100, including a Guinness World Record and three Grammys. The musician has released more than 75 records worldwide and is not only on the best selling music artists of all time but also the most successful R&B artists of the 90s.

American singer, songwriter and record producer R. Kelly has an estimated net worth of -$1 million dollars, as of 2023. Kelly has been known as “the King of R&B”, “the King of Pop-Soul”, and the “Pied Piper of R&B”.

In April 2020, Kelly made a case to be released so he could start earning again to pay down a $1.9 million dollar debt to the IRS. It is speculated that Kelly’s debts remain equal to at least $1 million. Despite having a peak net worth of over $100 million dollars, R. Kelly failed to get together $100,000 to post bale.

Today, R. Kelly is an inmate of Metropolitan Correctional Center, Chicago. In 2021, a Brooklyn federal court convicted Kelly for violations of the Mann Act and racketeering. It is speculated that all of Kelly’s money is gone, and more, through countless settlements, unpaid bills and owed rent, not to mention it seems he is still to pay the aforementioned IRS tax bill. His properties have been foreclosed and his assets auctioned off. He is mired in controversy over multi allegations, Spotify no longer recommends his music in their playlists, and it appears that his career may be over.

R. Kelly was born on January 8, 1967, in Chicago, Illinois. In his 2012 autobiography titled Soulacoaster, the singer claimed that he was sexually abused by both men and women during his childhood. In his teen years, Kelly became interested in basketball and he played with the late champion Ben Willson (for whom he sang the song “It’s So Hard to Say Goodbye to Yesterday” at his funeral).

In the late 80s, the young musician became more and more interested in music and began street performing in Chicago. During that time, he met other performers – Marc McWilliams, Shawn Brooks, and Vincent Walker, and the four formed a group in 1989 called MGM (Musically Gifted Men). The group released their first and only single “Why You Wanna Play Me” in 1990.

Long before MGM released their first song, R. Kelly gained national recognition when he (alongside the other members of MGM) took part in the popular talent show Big Break, which was hosted by Natalie Cole. Kelly was able to win the grand prize of $100,000 and he was shortly after offered a recording deal with Jive Records, which he accepted. This marked the beginning of his solo career and the end of MGM.

After signing with Jive Records, his first studio project titled Born into the 90’s was released in 1992. The album was credited as R.Kelly and the Public Announcement and to promote their album, Kelly and the group embarked on a tour which was entitled “60653”, named after the zip code of R. Kelly’s neighborhood in Chicago.

After the tour, in January 1993, Kelly separated from the group to pursue his solo career. His debut solo album was released a year later, in November 1993. The album was called 12 Play and it featured his very first hit single – “Bump N Grind”, which topped the Billboard Hot R&B Singles chart for a record-breaking twelve weeks. The album debuted at number 2 on the Billboard 200 and in just three months, it was certified gold by the RIAA.

In 1995, just before he released his eponymous second album, R. Kelly received his first Grammy nominations – for writing, composing, and producing Michael Jackson’s hit “You Are Not Alone”. Kelly hit the peak of his career in 1995 when he released his second album R. Kelly. The album debuted at number one on the Billboard 200 and topped many other charts. It includes some of the most popular songs from the 90s – You Remind Me of Something, Down Low, Thank God It’s Friday, and I Can’t Sleep Baby. A year later, Kelly released his most popular song ever – “I Believe I Can Fly”, which quickly gained the attention of people from all over the world.

Throughout the 2000s, Kelly continued to release new albums and tours all over the world to promote his music. One of his tours, titled “Unfinished Business” sparked a rivalry between Kelly and Jay-Z, there was a lawsuit, but more than anything, it increasingly popularized the two major music figures. In 2011, Billboard magazine named Kelly as the number one R&B artist for the last 25 years. During that time, the artist announced that he was taking a break from music because of serious throat surgery. His first performance was in December of that year at an episode of The X Factor, where he sang his hit single “I Believe I Can Fly”. After the surgery, Kelly returned and continued to release new albums, as well as headline various tours.

In a song released on Spotify in 2018, “I Admit”, R.Kelly rapped “Now the truth in this message is I’m a broke-ass legend. The only reason I stay on tour is ’cause I gotta pay my rent. I never thought it would come to this, to be the most disrespected artist. So I had to write a song about it. Because they always take my words and twist it. Believe me, it’s hard to admit all this.”

If we are to take the lyrics in the song to be accurate statements about his life at the time. That was the first time R. Kelly began to come clean about his financial problems, in the lyrics of song, he “admitted” that he owed $20 million dollars to the IRS. R. Kelly was once worth well over $100 million dollars It was high enough, in any case, that in 2009 when he was forced to pay a divorce settlement to his ex-wife Andrea Kelly, he managed to come up with $40 million dollars.

Since the 1990s, R Kelly had been accused of sexual abuse and misconduct, he denied all accusations. After more than 10 years of being with RCA Records, the label broke ties with him in February 2019, following the viral hashtag “Mute R Kelly”. On February 22, 2019, Kelly was indicted on 10 counts of aggravated criminal sexual abuse.

On July 11, 2019, Kelly was arrested on federal charges alleging sex crimes, human trafficking, child pornography, racketeering, and obstruction of justice. Kelly faced a total of 22 federal counts, including child pornography, kidnapping and forced labor, as of January 29, 2021. As a result, he was incarcerated at Metropolitan Correctional Center, Chicago. Then, in 2021, Kelly was convicted for violations of the Mann Act and racketeering. He continues to challenge his two convictions. His last studio project was an album titled 12 Nights of Christmas and it was released in October 2016.

Despite the controversy that has surrounded him for the past 30 years and he currently being incarcerated, R. Kelly was one of the most successful R&B artists of not just the 90s and early 2000s. Kelly has been dubbed the “King of R&B”, “King of Pop-Soul”, and “Pied Piper of R&B”.However owing to his legal problems and current incarceration, his wealth has plummeted. His peak net worth is estimated to have been over $100 million dollars in the early 2010s. As of 2023, R. Kelly’s net worth is estimated to be negative -$1 million dollars. 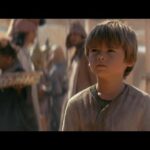 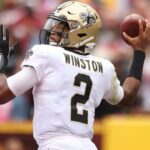