How much is Quavo worth?

Quavo is the stage name of Quavious Keyate Marshall. He was born on April 2, 1991, in Athens, Georgia. Quavo is a famous American rapper, record producer, singer, and songwriter. He is best known for his trap and hip hop style and for being one of the three rappers to form the widely known trio, Migos. The three members of Migos are actually related. Quavo is the uncle of Takeoff and the cousin of Offset.

In addition to Migos, Quavo began his solo career in 2017 and even formed a duo with Travis Scott called “Huncho Jack”.

American rapper, singer, songwriter, and record producer Quavo has an estimated net worth of $23 million dollars, as of 2022.

Quavo rose to popularity thanks to Migos. In just a few years, Migos quickly became the fastest-rising trap/hip hop trios. Quavo was born in Athens but raised in Atlanta, Georgia alongside his cousin and nephew. He attended the Berkmar High School and served as the starting quarterback of his high-school football team during the 2009 season (which was also his senior year). After he spent most of his time playing football and scoring some great results, Quavo decided to quit a few months before he graduated and focus his attention wholeheartedly on music.

In 2008, he formed Migos with fellow rappers and relatives – Offset and Takeoff. The three were directly related and raised by Quavo’s mother, so the creation of Migos was planned long before they eventually started making music. The trio was originally named “Polo Club”, however, they decided to change it to Migos after a while because the original name was too generic.

Quavo and his family members Offset and Takeover became rich after their group gained a lot of success. Migos’ very first mixtape, Juug Season was released in August 2011, followed by their second No Label, released in June 2012.

The group rose to prominence after their single “Versace” was released in 2013. After Justin Bieber posted a video online in which he was rapping to the song, it went viral and caught the attention of another star – Drake. Drake wanted to take part in the remix of the song, which was eventually released a few weeks later. The remix was Migos’ first song to debut in the widely known Billboard Hot 100 chart, where it peaked at number 99 for some time. Migos’ first solo single was also released in 2013 – “Champions”. It features a lot of popular artists – Kanye West, Gucci Mane, Travis Scott, Big Sean, and 2 Chainz.

Migos released their first studio album titled Yung Rich Nation in July 2015. The album was distributed by Quality Control, YRN, and 300 Entertainment. It included 15 songs, two of which are collaborations with Chris Brown and Young Thug.

The album was met with positive reviews and debuted at number 17 in the Billboard 200. Following the success of their debut album, the trio released their second – Culture in January 2017, which became even more successful than the first. The album quickly debuted at the number one on the Billboard 200, becoming their first album to achieve this position.

A lot more artists took part in the trio’s second album – DJ Khaled, Travis Scott, Gucci Mane, Lil Uzi Vert, and 2 Chainz. Besides topping the Billboard 200, as well as many other music charts, the album was certified platinum by the RIAA in just six months after its initial release. It was also nominated in the category “Best Rap Album” for the 60th edition of the Grammys (in 2018). At the same Grammys, Quavo was nominated for a second award – “Best Rap Performance”.

All three members of Migos have been seen gracing the covers of many popular magazines – Rolling Stone, XXL, Billboard, Source, Clash, and Wonderland. Additionally, Quavo’s fashion style is also very influential. In 2020, the rapper collaborated with the popular brand boohoo for the creation of boohoo x Quavo.

Since 2017, apart from his contribution to Migos, the rapper has been releasing both singles and collaborations with other artists. One of his first collaborations was with Lil Yachty for the song “Ice Tray”, which debuted in December and peaked at number 74 on the Billboard Hot 100.

Around the same time, he announced the release of the debut studio album of Huncho Jack. Huncho Jack consists of Quavo and Travis Scott. The two released the album without any promotion and it debuted at number 3 on the Billboard 200. The album was a commercial success that really boosted both rappers’ popularity.

At the beginning of 2018, Migos released their third album Culture II. The album was just as successful as Culture and it immediately topped Billboard 200 and other international charts. By the end of the year, it was certified double platinum by the RIAA and had sold more than 1.6 million album-equivalent units. While promoting Migos’ third album, Quavo released his own singles to promote his upcoming solo debut album. He released the songs “Bubble Gum”, “Lamb Talk”, and “Working Me”, with the latter peaking at the 52nd position in the Billboard Hot 100. A year later, Quavo was asked to accompany Madonna and perform their hit single “Future” at the finals of the 2019 Eurovision Song Contest. Culture III was released in 2021.

Quavo is a hit-maker that’s played an important role in the success of Migos. Shortly after the trio rose to popularity, Quavo began releasing his own singles and even appeared in many television series. The rising star has appeared in the likes of Atlanta, Star, and Narcos as himself. He has been one of the celebrities that took part in the NBA All-Star teams and has graced the covers of many magazines. Recently, he even released his own fashion line with the popular brand, boohoo. 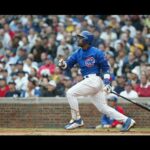 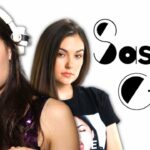