How much is Psy worth?

Psy, born Park Jae-Sang, is a rapper from South Korea who is most famous for his 2010s viral hit “Gangnam Style”. Though he is only known for the one song, he can barely be seen as a one hit wonder as he is still riding on the coat tails of that massive success. The rapper has had a fairly successful career before and after the release of “Gangnam Style”, as he has over seven full length albums in his discography, many of which include collaborations with other high profile celebrities. Psy’s YouTube channel also has millions of subscribers, which is owed to his outgoing and goofy personality.

South Korean singer, rapper, songwriter, and record producer Psy has a net worth of $65 million dollars, as of 2021. Not only does Psy earn millions of dollars from the sale of his songs and albums, he generates millions more from his YouTube channel as well.

How did Psy earn his net worth?

It’s undeniable that the bulk of Psy’s wealth comes from “Gangnam Style” and that the song was the catalyst for any other financial gains the rapper would profit from in the future. With almost four billion views on YouTube, the amount the song has earned from ad revenue alone is unbelievable. It was also downloaded four million times on iTunes back before streaming had taken off, and the song has over 240 million plays on Spotify. “Gangnam Style” alone has reportedly earned the singer over $20 million before any tax deductions and management fees.

Outside of music, Psy has made millions from endorsing brands such as Samsung, and it’s reported that the musician has made around eight million dollars from endorsement and brand deals. On top of that, Psy was born in to an extremely affluent family, which is how he was able to get in to the music industry and buy gear and equipment. His father is the chairman of DI Corporation and his mother is an extremely successful restaurateur. And interestingly enough, the popularity of “Gangnam Style” is so wild that the stock of his father’s publicly traded company skyrocketed in the song’s aftermath.

Psy had a rough start to his musical career, but it wasn’t due to lack of success. From the very start with his debut album, PSY… From the Pyscho World, the musician found a lot of success and popularity, but he was fined by the South Korean government authorities for inappropriate content on the record. The same thing happened for his follow up record and again for his third album in 2003. Though it could be argued that Psy was intentionally antagonizing the authorities or that he was making some kind of statement about creative freedom, Psy was sent to the South Korean military.

In 2005, Psy was able to be excused from the military as he had an exemption for working at a software development company. Psy then continued to release music and he became a huge success domestically, and by the time his fifth album came out, he had topped several South Korean music charts a ton of times. He further gained recognition when his track “Right Now” was banned for audiences under 19 years old due to the line, “Life if like toxic alcohol”, which was deemed as obscene.

In 2012, Psy released the EP, Psy 6 (Six Rules), Part 1, which would change his life forever as it featured the track “Gangnam Style”. It helped Psy finally gain international success as the video went viral and is one of the few music videos to have over one billion views, and that’s even an understatement as it has almost four billion views. The song is the most liked and most viewed video on YouTube, and it has encouraged dozens of parodies, such as on Saturday Night Live, which only further cements its place in pop culture. Thanks to “Gangnam Style”, Psy was able to go on The Today Show and The Ellen Degeneres Show, and the song is even one of Barack Obama’s personal favorites.

After the success of “Gangnam Style”, Psy has managed to remain popular and he has his heels firmly dug in to the pop stratosphere as he has released songs with Snoop Dogg, Will.I.Am, and Ed Sheeran. Though Psy has gone on to explain that he never thought his follow up songs would be able to equal the success of “Gangnam Style”, his video for track “Hangover” featuring Snoop Dogg has almost 350 million views, and the video for “Daddy” has over half a billion views. As a result of “Gangnam Style”’s success, Psy was even able sign on with Justin Bieber’s manager, Scooter Braun and his label, Schoolboy Records.

Psy has always been the class clown-type, as it has been reported that he used to not pay attention and mess around in class by his former classmates, and Psy has translated that energy in to his music. All of Psy’s music videos follow him creating strange dances and acting erratically, and it’s one of the reasons the videos are as popular, if not more than, the music itself. The musician also has an adoration for the band Queen, and claims that everything he works on is inspired by the band, especially “Bohemian Rhapsody”.

It’s also thanks to his parent’s wealth that has helped Psy become successful. As Psy originally intended to become a business major and enrolled in to Boston University, he dropped out not too long in to the course as he grew bored during classes. He then used the tuition money he was given by his parents to invest in music gear and instruments. He moved back to South Korea and he pursued his career in music, with many of his early videos and recordings being funded by his parents. Though his parents were apparently disappointed in Psy’s choices as neither of them are particularly creative, it massively paid off.

Very few people have profited so much off just one song, and even less have managed to stretch that fame out to more than eight years. As “Gangnam Style” was released in 2012, Psy is still insanely popular and his YouTube channel has over 14 million subscribers, and that’s why he has an estimated net worth of $65 million. Most recently, Psy featured on the track “Earth” by Lil Dicky, and he is currently recording his eighth album. 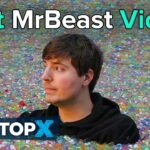 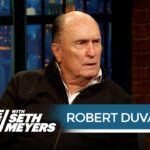