Created in 1946, the Edgar Awards, sponsored by the Mystery Writers of America (MWA), are the Oscars for mystery writers, honoring the best novels, non-fiction books, television show, and film in the mystery, crime, suspense, and intrigue fields published or produced during the previous year. The awards are named for MWA’s patron saint, Edgar Allan Poe. Each year, 68 judges consider over 1,000 books, 500 short stories, as well as television programs, movies, and plays for the twelve categories and the Simon & Schuster Mary Higgins Clark Award. (See more pictures from the annual Edgar award ceremony).

Over the past six decades, luminaries such as Agatha Christie, Alfred Hitchcock, Raymond Chandler, Mary Higgins Clark, Stephen King, and Michael Connelly have received the Edgar. The first Edgar Award, for Best First Novel by an American Author was awarded to Watchful at Night by Julius Fast. Today, twelve people receive the little bust of Edgar Allan Poe that has come to symbolize quality in crime writing.

Who is eligible to apply for an Edgar Award?:

All writers who have have had their work published or produced for the first time in the U.S. during that calendar year are eligible, whether they are MWA members or not. Books from non-U.S. publishers are eligible if they are widely distributed in the U.S. and are readily available on the shelves in brick-and-mortar stores for the first time during the judging year. (See the website for full details.) In total, MWA obtains more than 2,000 Edgar submissions every year across all categories.

Apply for an Edgar:

Works should be submitted by the publisher, but may also be submitted by an author or agent. There is no entry fee, and no limit to the number of entries from a publisher or an individual author.

Judges must be published member of MWA and must recognize and agree to the serious time commitment involved. MWA also strives for a balanced representation of gender and geography in the judging panels. Judges must also sign a nondisclosure agreement, to keep all deliberations confidential, both during the judging period and forever afterwards.

Nominations are usually announced in the middle of January (on or near Edgar Allan Poe’s birthday), and the winners are announced at the annual Edgar Awards Banquet, which takes place in New York City in late April or early May. 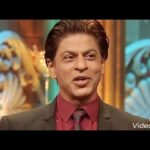