The leading professional association for crime writers in the U.S., Mystery Writers of America (MWA) was founded in 1945 with the goal of protecting mystery writers’ interests and welfare and building respect for the genre. The group’s first slogan was “Crime Does Not Pay — Enough,” and early members included Dorothy B. Hughes, Rex Stout, and Clayton Rawson. The headquarters were established in New York City, where they still reside, and chapters were set up in Chicago and California. Today there are 11 regional chapters of the MWA.

What services does Mystery Writers of America provide?:

Among its many activities, MWA provides scholarships for writers, sponsors symposia and conferences, and produces a yearly short-story anthology showcasing the work of MWA members and edited by best-selling writers. MWA: Reads, its youth literacy program, encourages children and teens to read mysteries and sponsors the Joan Lowery Nixon Award mystery writing contest. In addition, each year the Edgar Awards — the Oscar of the genre — recognizes superior work in the field.

Members of MWA include published and unpublished writers of crime fiction and non-fiction, as well as screenwriters, dramatists, editors, publishers, and other professionals in the field. Members have included Georges Simenon, Agatha Christie, and Raymond Chandler. Today its some 3100 members includes writers such as Harlan Coben, Donald E. Westlake, Janet Evanovich, Mary Higgins Clark, and Scott Turow. Dues are $95/year. There are four categories of membership; see the MWA website for more information on joining.

What can your Mystery Writers of America regional chapter provide?:

Each regional chapter organizes its own lectures and discussions, which might include a coroner, as at a recent lecture held by the Rocky Mountain chapter, or the editor of a famous writer, as at a recent meeting of the New York chapter. Conferences providing panel discussions and talks on topics ranging from craft to contracts are held throughout the country. Through the chapters, writers may also receive advice from counsel about publishing grievances or legal issues. 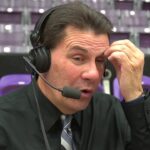 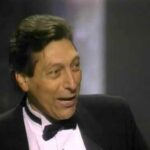