How much is Priscilla Presley worth?

Priscilla Presley is an American actress, author, and businesswoman who rose to prominence after marrying the cultural icon, Elvis Presley. During her marriage with the artist, she served as the chairwoman of Elvis Presley Enterprises, the same company that turned his mansion Graceland into one of the most popular tourist attractions in the United States. As an actress, Priscilla has taken part in several television films and series.

In 1983, she joined the cast of Dallas where she played the regular role of Jenna Wade. Other notable appearances of the actress are in the productions The Adventures of Ford Fairlane, The Naked Gun, Melrose Place, Touched by an Angel, and Spin City.

American businesswoman and actress Priscilla Presley has an estimated net worth of $50 million dollars, as of 2023.

Priscilla was born Priscilla Ann Wagner. She became famous in her twenties after dating and eventually marrying Elvis Presley – one of the most influential figures in the entertainment business of all time. She was born in Brooklyn, New York on May 24, 1945. Her maternal grandfather, Albert, was born in Norway and he emigrated to the United States where he met her grandmother Lorraine. Thanks to her ancestors, besides Norwegian, Presley is also of English and Scots-Irish descent.

Just six months after she was born, her biological father (who worked as a US Navy pilot) was killed in a plane crash. In 1948, her mother met Paul Beaulieu, a US Air Force from Quebec, Canada. The two eventually married and Priscilla took his last name, Beaulieu. In the mid-1950s, after the family had settled in Del Valle, Texas, they moved to Wiesbaden, Germany. In 1959, Priscilla met Elvis during his Army career as she attended a party at his home in Bad Nauheim, Germany.

The businesswoman became rich not only from her marriage with Elvis but also thanks to her acting and leading skills. In 1960, the superstar moved back to the United States, ending his relationship with Priscilla. The two continued to communicate throughout the next few years over the phone and Priscilla would even receive a large amount of fan mail from Elvis’ many fans.

In March 1963, she moved to Tennessee to attend the Immaculate Conception High School, an all-girls Catholic school. After reconciling, the couple married in May 1967. Their wedding cost a reported $11,000, or around $100,000 when adjusting for inflation, and was covered by media and newspapers. Shortly after a press conference, which included an expensive breakfast reception.

The Presleys separated in February 1972 and their divorce was finalized in October 1973. Around the same time, the Presleys agreed to share the custody of their daughter Lisa Marie and Priscilla was awarded the cash payment of $100,000, or $670,000 when adjusting for inflation. Besides the marriage, the two remained close and on the day of their divorce, they even left hand in hand.

After the death of Elvis in mid-August 1977, Graceland became a tourist attraction and was included in Elvis Presley Enterprises. Priscilla eventually became the chairwoman and president of the corporate entity and under her guidance, the fortunes of the enterprise soared.

In the 1980s, Priscilla launched her own range of fragrances and began working actively in various films and television series. Her acting debut came in the 1983 adventure drama Love Is Forever. Also that year, she joined the prime time television soap opera Dallas where she had a regular role and appeared in 143 episodes.

The success of Priscilla Presley continued in the late years of the millennium. Just a few months after her divorce with Elvis, the businesswoman opened a clothing boutique with her friend called Bis and Beau. Elvis himself played an important role in the prosperity of the boutique and soon, it became a successful venture. Among some of the celebrities that became clients to Priscilla’s business were Cher, Barbra Streisand, Natalie Wood, and Lana Turner.

Despite gaining popularity for being Elvis Presley’s wife and muse, Priscilla Presley is also an established actress and businesswoman who found opulence on her own. She starred in many television projects and was even offered a role in the hit Chalie’s Angels, which she declined. Besides launching her own fashion boutique, Presley is also a known ambassador of various charities and organizations such as Dream Foundation. She’s also an active author who has released two autobiographies – Elvis and Me Elvis by the Presleys.

Twenty-Fourth of May Birthdays 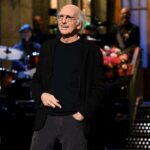 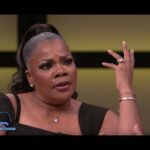