How much is Prince William worth?

Smiling, waving and bowing as the heir apparent to the British throne.

Who Is Prince William

Being born into fame and privilege is at the same time a gift and a curse, something Prince William knows all too well. Born into the most famous royal family in the world, Will’s life has been woven with scandal, tragedy, scrutiny and obligation since the moment he took his first breath. But he has managed to keep his nose clean and carry himself in the public eye like a true prince.

Prince William Duke of Cambridge has a net worth of $40 million dollars, as of 2021.

Prince William of Wales was born in London, England in 1982 to Prince Charles and Lady Diana Spencer, arguably the most high-profile royal couple since Grace Kelly married Prince Rainier III. As they grew up, Diana was determined to raise her two young children, William and Harry, like normal kids. She enrolled them in a boarding school and sought to allow them to enjoy their childhood as any other young boy would, whether through video games or athletic competition.

However in 1997, when he was just 14 years old, Prince William’s life turned upside-down when his mother died in a tragic auto accident. Paparazzi interest in Princess Diana had exploded into obsession following her divorce from Prince Charles in 1996. Diana was traveling with her boyfriend, Dodi Fayed, an Egyptian heir, in France when photographers started to chase them. Her driver lost control of the car and crashed at over 60-mph, killing himself, Diana and Fayed, and badly injuring a bodyguard. William took part in the memorial progression, a royal funeral allowed by Queen Elizabeth. He was also forced to spend the next years of his life watching her friends and former staff betray his mother’s trust to write one tell-all book after another, often dragging her name through the mud.

But William weathered the storm and went on to attend college at St. Andrews in Scotland. Like all college kids, he began to enjoy the nightlife, frequenting pubs and bars. It was during this time he began dating Kate Middleton, a fellow student and the daughter of self-made millionaires, and after a short time together, the two moved into an apartment off-campus.

William went on to graduate with honors from St. Andrews and soon joined the Royal Air Force Rescue Team in Wales. William next attended the Royal Military Academy and, in August 2006, the Queen appointed him an important title: Commodore-in-Chief for Scotland and Submarines. When Prince William graduated from the Royal Military Academy, Kate attended the ceremony along with members of the royal family, marking the first time Middleton attended an event with the Queen.

Prince William followed up his graduation by joining his younger brother in the Blues and Royals as a troop leader. William learned to fly as well as care for aircrafts and helicopters and then moved on to ply his trade in the Royal Navy. Prince William, preparing for his role one day as King, also began working on his royal engagements including charitable work and estate management.

Over the years, William and Kate began to grow apart and, in early 2007, the two finally split. Shortly after the break-up, rumors began to swirl about a possible relationship brewing between Prince William and pop singer Joss Stone. Representatives for Stone shot those rumors down when they explained the Prince was simply calling Stone about songs she was planning to perform at a concert commemorating the 10-year anniversary of Diana’s death.

William and Harry arranged the event, calling it the best birthday present they could give their mother. The princes secured musical artists such as Duran Duran, Elton John, Bryan Ferry, Pharrell Williams and Stone to perform. Following the footsteps of their mother, William and Harry donated the proceeds to charities, including one for the homeless, a fund for the children of Lesotho and the Diana, Princess of Wales Memorial Fund.

Prince William and Kate rekindled their relationship in June 2007. The romance culminated into a royal engagement when, in November 2010 amidst feverish speculation, William finally proposed to Middleton with his mother’s engagement ring. William admitted that he chose the ring so his mother could be a part of his special day.

Prince William and Kate Middleton married on April 29, 2011 in Westminster Abbey before taking their honeymoon in the Seychelles.

Will continues to handle all the attention surrounding him with stride. With an elegant woman, reminiscent of Diana, at his arm, hopefully he’ll find the “happily ever after” that eluded his mother. 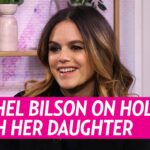 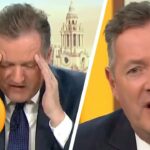