How much was Pop Smoke worth?

Pop Smoke is the professional name of Bashar Barakah Jackson. He was an American singer, songwriter, and rapper who began his music career in 2018. Just a few months after he began releasing his own projects, Smoke had an international breakthrough with his hit single “Welcome to the Party”. The hip hop single climbed multiple charts in different countries and was eventually ranked at number 13 on Complex magazine’s “best songs of 2019” list.

During his short career, the rapper made a name for himself and became one of the most promising stars in the hip hop industry. His first and only album is titled Shoot for the Stars, Aim for the Moon. It was released in July 2020, a few months after the young singer was murdered during a home invasion in February.

Ever since its release, the Shoot for the Stars, Aim for the Moon album has topped album charts in Australia, Austria, Canada, The Netherlands, Switzerland, and the United States.

American rapper, singer, and songwriter Pop Smoke had an estimated net worth of $1.4 million dollars at the time of his death, in 2020. Bashar Barakah Jackson was considered by many to be the face of Brooklyn drill.

Bashar became famous mainly because of his aggressive and minimal instrumentation that he learned from his collaborations with British hip hop artists and producers. He was born in Brooklyn, New York, on July 20, 1999. His father is Panamanian and his mother is Jamaican.

Jackson spent most of his childhood in Brooklyn’s Canarsie section. During eight grade, he was expelled from his school for bringing a gun. At that time, he also spent two years in his house as he was arrested for weapons possession.

When he was a teenager, Bashar was more interested in sports, especially in basketball. His basketball skills won him a scholarship to the Rocktop Academy in Philadelphia. At the prep school, he spent a few months before he decided to pursue a rapping career.

Bashar came up with the stage name “Pop Smoke” in the mid-2010s and became interested in creating his own hip hop music. Quickly after he released his own songs, he became rich and started collaborating with important and established hip hop artists and producers. Mainly inspired by 50 Cent, he began creating his music in early 2018. At that time, he met Jay Gwuapo and other artists who helped him start off.

Pop Smoke’s first project titled “Welcome to the Party” was released in April 2019. The hit single helped him rise to prominence as it not only entered international charts but it also went viral on the internet in just a few days. After it gained popularity, the song was remixed by famous names in the hip hop industry such as ASAP Ferg, Kiing Shooter, and Meek Mill to name a few.

Four months after the original’s release, Pop Smoke released an official remix which included megastar Nicki Minaj. Both the original and remixed version of the song was included in Smoke’s first studio project – Meet the Woo mixtape.

The success of Pop Smoke came after the release of his first mixtape, which premiered in July 2019. Throughout the rest of the year, he continued to gain success as he collaborated with many well-known artists such as JackBoys, Travis Scott, Quavo, and Lil Tjay. In early 2020, just days before he was murdered, Pop Smoke released his second mixtape – Meet the Woo 2. The mixtape was far more commercially successful than his first and it entered many international charts.

On February 19, 2020, the young rapper was murdered after a home invasion. His murder was covered by the media and he soon gained a cult following among his young fanbase from around the world.

The LAPD seem to believe his death was the consequence of a home robbery gone wrong. Just one day before his murder, Pop Smoke and friend Mike Dee had posted images on social media. The rapper also posted a story on Instagram and Facebook of gifts he had received. One showed the house’s full address on the packaging, giving out its location.

His debut studio album Shoot for the Stars, Aim for the Moon was released posthumously in July.

It was produced by Smoke’s biggest inspiration 50 Cent and it’s one of the best hip hop albums of the year. It topped charts in 12 countries, including Australia, Canada, Denmark, New Zealand, Norway, and the United States.

In his personal life he likely spent $750,000 of his career earnings but also earned $100,000 from his investments. He will have also had to pay around $300,000 in business related costs. Therefore, it is estimated that Pop Smoke had a net worth of about $1.4 million dollars.

Despite his quick rise in the hip hop world, Pop Smoke remains one of the most underrated artists of the new generation. His number one album proves that if he was given the time to shine, the rapper would’ve become one of the most successful names in the industry. 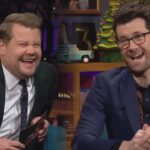 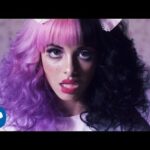