Wealthy Genius
Home From The Universe 16 Platonic Celebrity BFFs That Prove Guys & Girls Can Be Just... 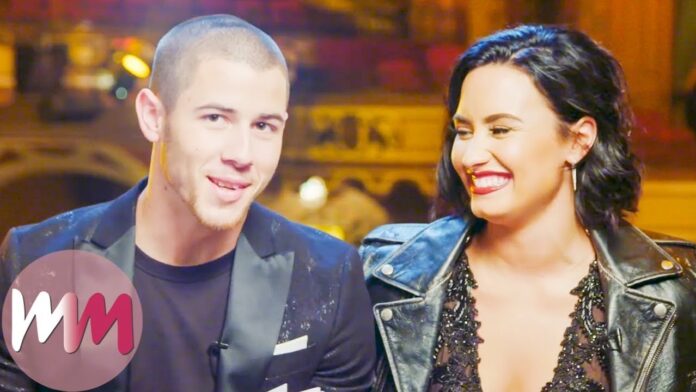 Can men and women be just friends? It’s a question often asked, and in some cases, even scientifically studied. The idea of platonic relationships have become so taboo that most believe they don’t exist. In Hollywood particularly, the notion that some of our favorite opposite-sex pairs being strictly friends just seems too good to be true.

The following 15 celeb duos prove that it really is possible for men and women to not be romantically involved. It’s possible for us to laugh, joke, and confide in each other without any funny business. In some cases, these relationships work even better than same-sex friendships!

For years, rumors have been swirling around about the truth of the relationship between Lovato and Jonas. Though she dated his older brother, Joe, years back, after their movie Camp Rock, fans insist Lovato’s latest song “Ruin The Friendship” is all about Nick. Although we would love to see the pair as more than friends, that just doesn’t seem to be the case. The two, who refer to each other as “brother and sister,” BTW, endlessly support each other and always gush over the other’s insane talent, even pairing up for Carpool Karaoke! We love it!

With more than 20 years of friendship under their belt, these two are used to being beside each other both on and off the big screen. Clooney is extremely close with Bullock’s son, Louis, and Sandra jokes that her friend is actually also one of her kids. In an interview with Access Hollywood, she said, “Children run to George, George runs from the children. That’s what George does. George is like my second child. George and Louis, I’m pretty much raising the two of them. I’m trying to get George out of the house and off to college. Um, Louis’s a little bit behind.” LOL.

The labelmates are changing the music industry hit by hit. SZA immediately came to the defense of her friend after people criticized his summer banger Humble for being misogynistic. She told Glamour mag, “How is that misogyny if he’s supporting positive body image? I think that’s so weird, and it’s reaching.” She also said that Kendrick’s lyrics have helped her tremendously with some of her body-image struggles and make her feel beautiful. That’s the kind of male friend every gal needs.

Friends since 2009, the Victorious co-stars are reunited again on-screen for the new show, The Outcasts. Though it’s been rumored that the two are more than just friends, the two have adamantly denied being anything other than besties. After Jogia posted a picture of the two kissing on his Instagram page, with Justice’s hand placed on (let’s just say) an “interesting” spot, fans went wild. But not so fast, the pair insists it was all in good fun.

They’ve been through it all, but have managed to stick by each other’s side. The two hit rocky waters during Remy’s six-year prison sentence, but upon her release found themselves back at it again. It’s a reconciliation that has brought us hits like “All The Way Up” and “Money Showers“. They’re proof that friends face may many obstacles, but if you work through the hard times, the result can be some pretty bad ass songs.

Amber has endearingly referred to Quincy as her “best-friend” on numerous occasions. She’s been extremely supportive of his budding music career and he’s returned the favor, being a huge supporter of her now annual SlutWalks to end sexual violence and slut-shaming/victim-blaming. Both have shut down any rumors that they’re more than friends and continue to be by each other’s side purely platonically.

This unlikely duo, along with their kiddos are the coolest besties in Hollywood. In 2013, Paltrow gushed about the rap legend, telling The Mail, “Jay is like a big-brother figure to me. He has a very calming and mature energy. He is an amazing force in our life – the kids call him Uncle Jay and Beyoncé, Auntie B.” If only all of us could have Jay-Z and Beyoncé as our uncle and aunt. SOBS!

The Desperate Housewives and Saved By The Bell stars are the perfect platonic pair. At his 2012 wedding to now-wife Courtney Mazza, Longoria wasn’t far, holding the couple’s absolutely adorable two-year-old. No stranger to joking around, Mario took to his Instagram last month after Longoria said he was in need of a haircut. “Poll… Is my wig too puffy? @EvaLongoria thinks so. Please lemme know! #WigIssues #ItsNotReallyAWig #Nickname.”

He’s a 91-year-old jazz legend that has been making music history since before we were born. She’s one of the world’s biggest pop stars. These two amazing voices graced us with an album we didn’t deserve in 2014. It garnered Grammy awards and national praise that left us begging for more. Though not the friendship any of us expected, we can’t wait to see it continue to blossom and of course for more albums.

I can honestly say that I never thought I would see the day that the hip-hop bad boy and household extraordinaire would be friends, but boy am I damn happy I have. Their show Martha & Snoops Potluck Dinner shocked audiences everywhere and has become one of VH1’s biggest hits. The marijuana connoisseur has even hipped 76-year-old to his cannabis methods. What a strange, beautiful pair.

The singer-besties have a friendship that spans far past just music. In an interview with Rolling Stone, Swift said, “We‘ve gotten matching Scottish folds, made each other arts and crafts Christmas presents, vacationed with our families, and had each other’s backs. He is the James Taylor to my Carole King and I can‘t imagine a time when he wouldn’t be.” Wow…Now that’s what we call serious #BFFgoals. Tay and Ed constantly have to fight rumors they’re dating even though it’s SO CLEAR they’re not!

Though the hip-hop superstars often joke about being more than friends, it’s pretty blatant to everyone that that isn’t the case. Their relationship has been the subject of songs, memes, and music videos, with both maintaining that they are just friends. That’s not to say it’s completely platonic though. Drake continues to profess his love for Nicki, most notably in their song “Only” when he sings, “And Nicki if you ever tryna f*ck, just give me the heads-up so I can plan for it.” YEAH — he’s down. But I don’t think we have anything to look forward to anytime soon, Minaj is currently dating rapper Nas, and Drake? I’m single!

What good is being friends with someone if you can’t have fun with that person? It appears to be nothing but laughs and good times when these two are together. They’ve been spotted walking the streets of Italy and leaving Hollywood’s hottest restaurants, and Aziz has referred to Jenn as a “hilarious, charming person.” Being around these two at once is definitely going on my bucket list!

The Chicago superstar, who lovingly refers to the Queen as “Auntie,” rapped about her in his 2016 hit, “All We Got,” off the album Coloring Book. “Tryna turn my baby mama to my fiancée / She like music, she from Houston like Auntie Yoncé.” Fans everywhere swooned when the video dropped showing Jay and Bey at a Chance concert as he sang happy birthday to his bestie. Imagine if Blue Ivy and Kensli are besties too? We may not know anytime soon, but we can definitely dream!

Z-squared is a relatively new BFF-ship but me, oh my, is it strong! After we found out both these former Disney kids would be starring in The Greatest Showman, everyone pretty much freaked out. I mean, Hugh Jackman is in it, too! Though they play love interests on-screen, it’s purely platonic backstage. Zac referred to Z and “the biggest goofball [he] know[s]” in her b-day post, to which she called him her “partner in crime.”

Zac even told Glamour, “She’s beautiful and rad, with a fearlessness that is impressive in someone her age. I think I still have quite a bit to learn from Zendaya.” We all probably do!

Meeting 18 years ago on the set of the legendary movie, Titanic (have you heard of it?), the two have been inseparable ever since. Both on and off screen, there’s no denying that these two are a match made in heaven. To our surprise, Winslet revealed that the two really didn’t care for each other when they first met each other but have grown super close ever since. Looking at the dynamic duo now, we would have never been able to tell. He’s even referred to Kate as his “favorite actress in the industry.” Cute!

15 Actors Who Shared A Role With Their Twin

16 Celebrities Who Say “No” To Dieting