How much is Pharrell worth?

Who Is Pharrell Williams

Pharrell is a singer, rapper, producer, and actor who is equally famous for his vivacious sing-along songs to movies made for infants just as he is for his raunchy raps with his band N.E.R.D. and Snoop Dogg. The musician writes his own songs and is massively influential to modern rappers and singers. With literally dozens of hits on his resume, Pharrell is most famous for his song “Happy”, “Get Lucky”, a collaboration with Daft Punk, and “Drop It Like It’s Hot”, Snoop Dogg’s most famous song.

How Did Pharrell Get So Rich?

Pharrell’s record sales speak for themselves, as in 2013 alone he sold a total of 30 million copies in singles; 6.5 million of those were “Get Lucky”, seven million were “Happy”, and an astonishing 15 million copies of “Blurred Lines” were sold. It is reported that Pharrell made $5 million from “Blurred Lines” and it’s likely that he made tens of millions off the other two tracks. That doesn’t even account for his other music, as the producer has composed all of the music for the entire Despicable Me franchise. And though it isn’t as if he needs any more money, Pharrell only made $2,700 from 43 million plays of “Happy” on the streaming service Pandora, as 1,000,000 plays of a song yields the artist just $60, which says a lot about the current state of the music industry.

Aside from music, Pharrell narrated the most recent adaptation of The Grinch, which was an animated take on the story starring Benedict Cumberbatch as the titular character. And though Pharrell’s salary for his part in the film is undisclosed, the movie was a huge hit, grossing over half a billion dollars worldwide. It’s possible that Pharrell’s contribution would have gotten him a percentage of the movie’s gross profit, and if that’s the case, it would have been a decent payout for just a few days worth of voice over work.

Why Is Pharrell So Famous?

There a few artists that are known by one name, and most of those artists are rockstars and pop stars like Sting and Cher, but Pharrell joined that elite group very early in his career. Pharrell has worked with dozens of artists and produced songs for Paloma Faith, Ed Sheeran, Frank Ocean, Justin Timberlake, and more. The producer’s biggest hit of the 2000s was undoubtedly “Drop It Like It’s Hot”, a Snoop Dogg track that he produced and features on. The track became Snoop Dogg’s first number one song of his career, went 2x platinum by the Recording Industry Association of America, and was named the biggest rap song of the 2000s by Billboard.

The 2010s saw Pharrell reach even higher levels of fame, which is almost unheard of, as by the age of 37, most singers and rappers would be considered has-beens. At the age of 40, 2013 was without a doubt the biggest year of Pharrell’s entire career, as he had worked on three chart topping songs, all of which were a part of entirely different projects. The first single was the Robin Thicke track, “Blurred Lines”, which was known for its jazzy instrumental and raunchy music video. And despite the song receiving backlash for its problematic lyrical content, as the track was even banned at some universities, the song has almost 700 million views on YouTube and over 500 million plays on Spotify.

Following “Blurred Lines”, Pharrell worked on a track with Daft Punk, the beloved French electronic band that had remained silent for years. When the band first uploaded an 18 second snippet of the single, the world went crazy. When the song was released, despite fans thinking it was fake as the music was so unlike Daft Punk’s signature electronic sound, the song reached number one on over 20 different singles charts, partly thanks to an irresistible baseline by Nile Rodgers.

The final track of the 2013 trilogy that would make Pharrell world famous, as if he wasn’t already by this point, is the track from the Despicable Me soundtrack, “Happy”. The song again topped the Billboard Hot 100 and it became the 21st highest charting song of the entire decade.

What Makes Pharrell So Successful?

The first hint of success Pharrell saw was with his band N.E.R.D., a group that was way ahead of its time even if people didn’t realize it back then. N.E.R.D. was an amalgam of rock and rap, similar to Rage Against The Machine before them, but Pharrell’s band were less abrasive and much more commercial.

On top of that, at such a young age, Pharrell had the entrepreneurial mind to release two versions of their debut album, In Search Of, one that was rock and another that was an electronic version of the same music. It was as if Pharrell was throwing out the widest net and trying to have the broadest appeal possible, and it worked. Not only did music fans adore In Search Of, but record labels were throwing money at Pharrell to produce music for just about every popular artist that existed at the time.

Pharrell keeps partnerships in both the music industry and the film industry and he doesn’t burn bridges, as he still works with artists he was working with twenty years ago, such as T.I. and Snoop Dogg, and at the same time he continues to work with, and even discover, new talent. In the film industry, this work ethic has never been so clearly prevalent, as Pharrell has formed a great bond with Illumination Studios, an animation studio that produces Despicable Me and The Grinch, as he has worked with them four times.

Though his music and extremely polished productions have earned Pharrell enough wealth to live several lifetimes over, it’s his collaborations with other musicians and working with brands and movie studios that has helped him reach an estimated net worth of $150 million. Earlier in 2020, Pharrell and Jay-Z collaborated on a song called “Entrepreneur”, which makes sense as they have both made fortunes outside of the music world, but Pharrell is becoming more adventurous with his business ventures. Most recently, Williams launched a brand of re-usable cutlery made out of CDs. 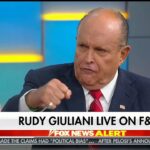 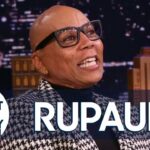