How much is Peter Gunz worth?

Who Is Peter Gunz

Born in the Bronx, New York, Peter Pankey, known in the hip hop and music industry as Peter Gunz is a 51-year-old American rapper and reality television star. He was born on January 6, 1969. Peter Gunz is famous for his hit rap single Déjà vu (Uptown Baby) with Lord Tariq released in 1997 as well as several TV appearances. Peter’s life from the start was associated with a lot of music and musical personalities because of being from the Bronx, which is famous for its rapping artists and hip hop background. This made him pursue a career in hip hop which ended up being partially successful.

Peter hasn’t had the most successful married life and has been known to have affairs and children with women other than his wife Amina Buddafly who he married while being in a 13-year relationship with Tara Wallace. This weird love triangle got fans’ attention and was featured in a popular reality TV show Marriage: Boot Camp. Peter and Amina finally had a divorce in 2018. Peter has several children with 5 being from women other than his wife and his ex-girlfriend. As of now, not much is known about his recent love life.

Grammy Award-nominated rapper Peter Gunz has a net worth of $500 thousand dollars, as of 2021. Gunz found fame as a member of the rap duo, Lord Tariq and Peter Gunz.

How did Peter Gunz earn his net worth?

Even after an on and off career, Peter Gunz is estimated to have a net worth of over $500 thousand as of 2021. His rise to riches obviously comes from the sheer and utter success of his rap song Déjà vu which sold over a million copies and was therefore considered a certified platinum song. Lord Tariq and Peter made a fortune for themselves off of this track. Other than that, his TV show appearances and reality show starring has been the main reason for his amazing net worth and riches. Along with these appearances, he is now hosting Cheaters which is an extremely popular show about the daily cases of affairs and cheating all over America. So, after his rapping career’s demise, his TV career has held him in place and made him secure a great amount of money.

Peter Gunz rose to incredible fame due to his association with rapper Lord Tariq and their hit single which came out in 1997 as Déjà vu (Uptown Baby) which was a part of their debut and only album Make it Reign. This was the only song that this duo created that reached #9 on the Billboard’s Top 100. This song also reached the top of Billboard’s Hot Rap Songs. Before this, they featured in other rapper’s albums but didn’t have any luck on their own.

Peter’s rapping career started in the early 1990s with Lord Tariq as they featured in and wrote for many hit rapper’s studio albums.

Peter also collaborated with Shaquille O’Neal in his albums in 1996 and 1997. Peter’s rapping career peaked on his song’s release in 1997 with Lord Tariq. He was at the height of music industry fame due to this song’s incredible success. Déjà vu was not only successful in the US but it also reached #21 on the UK Singles Chart in 1998. Thus making Peter Gunz known as the one-hit-wonder by fans.

After ending ties with Lord Tariq in 1999, his rapping career reached its end. After that, he was seen making cameos in many TV shows throughout the 2000s and early 2010s in shows like Sons of a Gun and Afraid of the Dark. But the reality TV show appearance that he is most famous for, is Love & Hip Hop, which features footage of personal and professional lives of celebrities all over the US. He also featured in 2017’s reality TV show known as Marriage Boot Camp: Reality Stars and was seen trying to make his marriage work with Amina after cheating on her with his ex-girlfriend Tara. These TV encounters along with his recent help with his son Cory’s rapping career, kept his fame and fan-base after his rapping career and success ended so early.

What made Gunz successful in his career?

Peter was not very successful in his early rapping career in the 1990s with his rap group member Lord Tariq. However, that all changed when their studio album released the hit song Déjà vu which created a huge buzz all over the rapping community and rose Peter to the heights of success that lasted incredibly long.

He became so famous because of this song that even now people remember him and his success due to Déjà vu. He has said in an interview that everything he is, he owes to that song and he owns the name One hit Wonder with pride. After this song, what kept him alive in the entertainment industry and became the reason for his success is his bizarre married life and his TV show appearances that he got because of it. As of now, he’s been seen helping his son with his rapping career along with his TV show hosting and has not been seen in any other controversies.

Lord Tariq hasn’t been seen much after his own studio album release The Barcode which also featured Peter and his son Cory, although, due to his luck and perhaps, misfortune, Peter Gunz continuously seems to stay in the limelight. The fact that he remained in the media industry for such a long time is why he became extremely successful and well-known.

When it comes to Peter Gunz rise to success, fame, and riches, we can say that he was incredibly lucky because, after the release of Déjà vu and the end of his rapping career, there wasn’t much reason for him to still be on camera, however, the major marital controversies he was involved him kept him under the spotlight and gave them the fortune that he owns right now. In conclusion, his career peaked in a good sense with his song release but declined afterward but he still remained determined and kept appearing on TV which shows that fame was more important to him than status and that is why he became as financially successful as he is now. 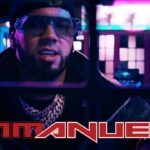 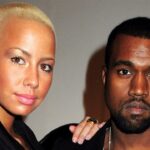