How much is Pete Davidson worth?

Pete Davidson is a young American comedian. Born in 1993 he is, at 26, one of the youngest regular members of the Saturday Night Live cast.

He specializes in black humor, insult and observational comedy, satire and surreal comedy. He targets aspects of American life, culture and politics. Much of his humor comes from personal experience and he is candid about his own life, mental health and relationships. Pete is open and honest about his use of marijuana, although he has cut down considerably in recent years with a view to breaking his habit completely.

His honesty about his personal life and willingness to base much of his humor on it has brought him praise from commentators and critics alike.

Pete’s childhood was spent in New York, and he suffered a traumatic experience at the age of seven when his father, a New York firefighter, was killed during the 9/11 attacks on the World Trade Center. He accepts that this affected his life until he found an outlet in comedy.

His most notable relationship was with the singer Ariana Grande. Within days of the start of their relationship, the couple became engaged. However, this only lasted a matter of months, and they parted.

We calculate Pete Davidson has a net worth of $4 million dollars, as of 2021.

How did Pete Davidson get so rich for his age?

Estimates vary of Pete Davidson’s exact net worth. The figures range from $2 million up to $8 million. It is likely that the true figure is nearer $4 million.

Pete’s money comes from his performances on TV, in film and live tours. He receives $15,000 per episode for Saturday Night Live, which totals to $315,000 per year. Add in his other TV earnings plus his tours and film work, and the figures begin to stack up.

He also voiced “Duck” in the Prime movie Click, Clack, Moo: Christmas at the Farm. He might have earned as much as $1 million for that work alone, although this has not been proven.

It is thought that Pete is actually a shrewd investor, and does not spend money foolishly – although the $100,000 he reportedly spent on an engagement ring for Ariana Grande might suggest otherwise. Careful investing can soon bring extra funds rolling in!

Pete dreamed of a career in comedy from a young age. His first attempt at stand-up was at the age of 16 at a bowling alley in Staten Island.

He became known on the local comedy circuit and in 2013 made his first TV appearance in Failosophy on MTV. This was followed with appearances in episodes of MTV2s Guy Code. Next was a stand-up performance on Gotham Comedy Live, a Comedy Central showcase for stand-up comedians. These successful appearances led to more TV work, and in 2014, he became a regular on Saturday Night Live which made him a household name in the US.

In 2015 Pete met the director Judd Apatow, who offered him a small part in the film Trainwreck. He maintained his links with Apatow, and in 2019, Pete took the lead role in the film King of Staten Island.

With his reputation as a comedian now firmly established, Pete made a long list of appearances on TV across the last half of the 2010s. These included Comedy Central Roastand The Tonight Show. He also undertook a short live tour with John Mulaney entitled Sundays with Pete and John.

Pete gathered a lot of critical acclaim as a result of these appearances. He has been named a breakout star by The Washington Post and impressed the critics with his performances on Saturday Night Live.

2020 opened with Pete releasing Alive from New York, on Netflix. This was a stand-up special showcasing his work.

Pete’s early interest in comedy made him believe that he could be successful as a comedian. Once he had plucked up the courage to perform that first time in the Staten Island bowling alley, he was determined to carry on. His friends have to be credited with daring him to have a go at stand-up that first time, but the career Pete has forged has been down to his determination and self-belief.

Pete’s success is remarkable because of the obstacles he has overcome through his life. The death of his father in tragic circumstances affected Pete enormously as a child and young teenager. He has battled Crohn’s disease and having a borderline personality disorder to make the grade as a performer. All these problems have driven him on rather than held him back.

During his career he has made controversial comments and made jokes that might be considered in bad taste by some people. Where necessary he has apologized for any hurt he might have caused. He does not let mistakes hold him back. Pete has charm and has even been described as “cute”. These are all plus points that he’s been able to use to his advantage.

Although Pete is a young man, his experiences have led him to draw wisdom from life. He believes that everyone should seek lasting happiness, and not just be looking for fleeting joy. It is a message that he incorporates into his stand-up act. Concentrate on doing those things that bring you real, lasting joy.

Pete also urges people to never ignore opportunities that will make life better. By being curious, everyone can spot life’s chances. Be inquisitive, that’s about the best way to learn about life. Opportunities will not seek people. People must seek opportunities.

Learning is a life-long process, Pete says. Everyone should be open to learning new skills. Some skills will change a person’s life, but only if they master them first.

Pete Davidson is a young comedian who has made his mark through his talent and his willingness to work at his craft. He has overcome much in his life to achieve the success he now enjoys. Pete has made mistakes, but has learned from them and gone on to become a much-loved personality.

Pete is an inspirational person. His journey from awkward teenager to successful comedian provides him with a ton of great materials for his stand-up act. The honesty with which he discusses his life should be a lesson to everyone. Perhaps we all should look at our lives the way Pete looks at his, and then maybe we can make the changes needed to bring us true happiness that will last. 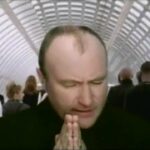 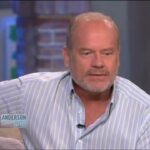